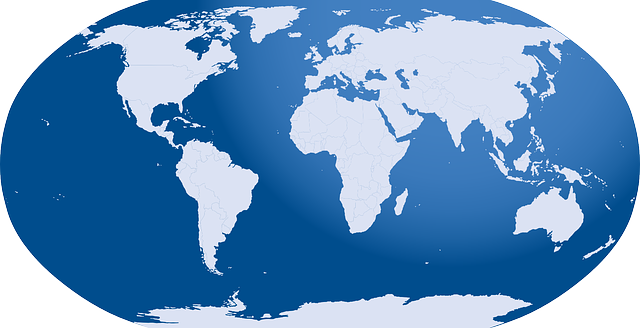 In light of mounting evidence, there is a too good to be true hope outside the US about the attempt by Congressional Democrats to impeach President Donald Trump before this year-end.

Many outsiders would like to see Trump go. There is admiration for House Democrats and empathy for the growing anti-Trump swell of public opinion.

But trepidation is rising about the day after, especially about impacts around the world which have not been thought through by those racing to kneecap the President.

Impeachment by House Democrats followed by a failed trial in the Republican Senate would be perceived by foreign governments as further proof of the US political system’s inherent flaws.

It would underline not only the deeply fractured natures of House and Senate but also how a strongminded President can run circles around Washington’s power brokers.

The longer-term consequences for America’s foreign relationships of such a debacle could be irreparable.

The American political system and the President are not just the internal affairs of the US. The President and Congress literally overwhelm the world through the US dollar, massive military and economic power, draconian sanctions and the intrusive tentacles of giant politically influential US corporations.

For most governments, including allies and friends, the US is the elephant in their internal affairs that they must reckon with continuously because it cannot be skirted.

Whether Trump’s impeachment succeeds or fails, that elephant will become more unpredictable because of the growing intolerance and absence of dialogue among America’s political tribes.

A new US President is always disruptive for foreign governments because they must quickly come to terms with very powerful unfamiliar personalities in Washington, while scrambling to readjust relations with the White House, government departments, and Congressional and Senate committees.

This time, the readjustments may take longer because of much greater wariness about where the power centers lie of US foreign, trade, energy and environment policies – in the deeply fractured Congress or a fragmented White House.

To many American minds, Trump’s abuse of power to bully a foreign leader for personal political gain is qualitatively different from the coercion routinely imposed on foreign leaders by all American Presidents to bow to US foreign and trade policies.

But to many outsiders it looks surreal that this kind of abuse is a misdemeanor high enough to unseat the President. Even in Europe’s mature democracies, no parliament would consider ignominiously ousting a sitting President or Prime Minister without irrefutable legally-sound facts.

In contrast, House Democrats appear to be seeking impeachment by turning large enough swathes of public opinion against Trump. This may be a sound approach in the US political system and have bases in the Constitution. But it feels a little puzzling to others since it dilutes single-minded focus on defeating him at the polls next year.

Trump may be the match that lit the pyre but embers have been there for decades. This time the ferocity of partisan warfare looks likely to continue under the next President. It will be harder to read and surely push Washington’s foreign relationships, including with close allies, towards greater uncertainty.

Those like the Europeans who have long been in America’s military, economic, trade and business orbits are concerned that the impeachment process will further divide American voters into more belligerent tribes.

Trump’s supporters may see his impeachment as their own humiliation and prevent his successor from carrying on the nation’s work especially if a Democrat is the next President.

This prospect is jangling nerves as it dawns on outsiders that they had better not upset China or Russia to appease the US because disruptive changes in American foreign and trade policies mirror changes in the political behavior of American voters. They are not entirely spawned by Trump’s flaws.

The values of American voters are changing and creating political tribes with deeply contradictory and confusing demands on their politicians. The impeachment process is a symptom of those changes. For foreign governments, identifying and understanding these phenomena will take a long time.

Disgracing Trump through impeachment has little meaning for foreign governments who neither hate nor like Trump. Their problem is with the regular use of US power on their territories by all American Presidents to influence their political, trade and financial decisions.

Most would be glad to see Trump fall because his coercion has been the most ruthless in recent decades. But the turmoil among American voters signals that foreign governments, including allies, should have their own backs regardless of Trump.

As they do so, US influence around the world will start to wane for the longer term.