Posted on January 11, 2021
You are here: Home / Breaking News / Impeachment: America’s stumbles over coronavirus are the greater worry for its friends 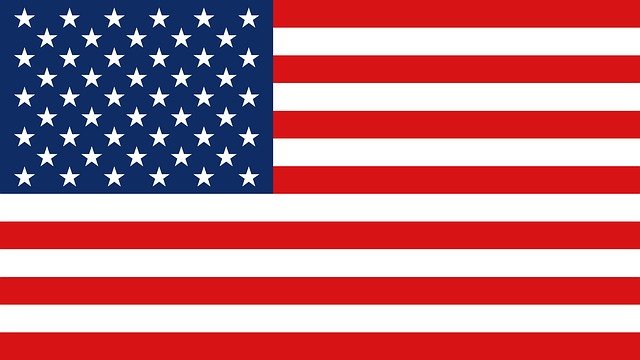 The United States is under far less threat from mutiny against government than from the devastating coronavirus and economic problems that are dragging down Americans and others around the world.

The outside world will judge Joe Biden by how coronavirus and the unprecedented challenges of vaccination are handled rather than today’s history-making second impeachment of Donald Trump in Congress for inciting “violence against the government of the United States”.

The impeachment is well deserved and was necessary to deter any future US president from denying defeat in elections or inciting supporters to prevent the victor’s certification by parliament.

But it is not reassuring for many outsiders because it signals a prolonged period of political infighting and dissent within America at a time when great perils menace millions in the country and around the world.

The impeachment expresses haste to thoroughly hobble Trump because Democrats fear his political strength. That is signaled by the House request for his immediate removal from office and disqualification from ever holding one again.

Such perceptions abroad, whether justified or not, will handicap Biden’s efforts to rekindle the trust most of the world’s nations had in the US before Trump. The question now is whether US politics will be stable enough in the Biden era for the world to trust its legislators on COVID-19 and other urgent global risks.

It may be best for Democrats to put down the brickbats quickly because Joe Biden’s America is already too beleaguered to be swamped in extensive fall out from Trump for months to come. The best way to end Trump is to keep him out of headlines for a very long time.

The US is by far the world’s hardest hit country, yet some reports say even cloth masks which were stop gap measures have not been improved; the vaccine roll out is behind schedule and there is little data on whether inequities among recipients are being remedied. It is also not clear how many rapid tests have been administered and what are the results.

Above all, equity will matter including whether Black and other minorities who were disproportionately hit by COVID-19 infections will again find themselves in second place. And whether people in poor countries will get useful help. Americans cannot be safe until most other people are safe.

It is dismaying that America’s top leaders are focused on Trump instead of creating dialogue to prevent an unprecedented conflagration between law enforcement and American citizens outside the Capitol.

To many of the world’s people, that violence will signal irreconcilable differences of opinion among citizens about what being American means for them. That could trigger further erosion of the world order by creating more fissures for Russia, China and others to contest US influence.

This truly is a time for Americans to bury their fratricidal hatchets and wake up to what they are doing to themselves and the world under guise of upholding their patriotic duty to constitutional order.

Nobody, not even rivals in China and Russia, would be sanguine at the prospect of a United States weakened by a thousand cuts delivered by its own people and legislators, in the name of being more patriotic than other co-citizens.

An America weakened internally could destabilize the world order at a time of immense dangers, including climate change, potentially vast movements of migrants, global pandemics, or cyberattacks that incite civil conflicts within nations and disrupt international cooperation. The world is more fragile than it was four years ago.

For US stability, the most important immediate task is to get bipartisan support for Biden’s economic stimulus package and use it to help all Americans regardless of political positions. Instead, judging from media headlines, America stands at the edge of a showdown with armed partisans next week.

The reported deployment of 10,000-15,000 National Guard is ominous since they are soldiers, and many will have fought in Afghanistan, Iraq and elsewhere. In addition, there will be thousands of police in Washington.

Reportedly, the FBI expects armed protestors so the imminent risk is of US troops firing upon American citizens willing to die for their political beliefs, however misguided. There can be no greater tragedy than this in a democracy.

Regrettably, it looks like Biden could be inaugurated amid violence. Yet, Congressional leaders seem less involved in starting the healing process than turning Trump into a cause célèbre for tens of millions of his frustrated supporters. Biden’s job is not being made easier.

In any case, healing cannot come by demanding that the losing side give up all its grievances. It comes only through compromise.