Posted on November 23, 2021
You are here: Home / Education / Higher Education and the Biden Bubble 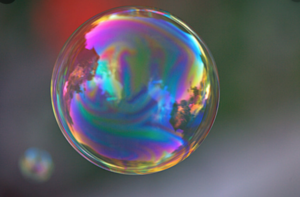 Here in Baltimore, Thursday evening, CNN hosted a Town Hall with the 46th President of the United States Joe Biden. During this 75 minute very structured and very scripted Q and A session, there was clear indication of who would be allowed to ask questions of the President. While Fox News spent time lamenting about the partisan disparity of the questioners, another more interesting dynamic took place during the Town Hall, the role of Higher Education in shaping the Biden Bubble.

The Biden Bubble is quite simply placing the President in a protected environment so he is in a favorable situation. This is critical for this administration because President Biden will make mistakes and misstatements (which he made several during the Town Hall caught by CNN fact checkers).

Out of the twelve questioners, nine of them were either faculty members and/or students of universities located in Baltimore City – Morgan State University, Loyola University, University of Maryland Baltimore, and the Johns Hopkins University. From those nine people, only 2 of them were identified as Republicans.

To the untrained eye, the Town Hall seemed like a random cross section of the American people. The questioners were multi-racial, had a decent age disparity, and were equally represented by men and women. However, having 75% of the questioners being connected to institutions of higher education is not an accident or a happy coincidence.

Controlling the world of higher education is an important piece of the progressive agenda. Higher Education has morphed from a place of teaching knowledge to institutions which seek to enforce a particular view of morality. In the process, over the last two generations, higher education is the indoctrination platform for young adults which has helped to further the electoral success of Democratic candidates. And, in our society, the use of these institutions lends gravitas to the person answering the questions, namely President Biden.

So, you have loyal Democrats asking questions, connected to these institutions of higher education, which gives the speaker a comfortable bubble in which to communicate with the outcome of presenting a package the American people can feel comfortable with.

It is a shrewd piece of tapestry building. I suspect CNN and the Biden Administration to craft similar “public” Town Halls for the remainder of his term. One of the definitions of the word bubble states, a bubble is “a place or position that is protected from danger or unpleasant reality.”

The questions we should be asking are who is being protected and what danger is lurkin outside of the bubble…only time will tell.