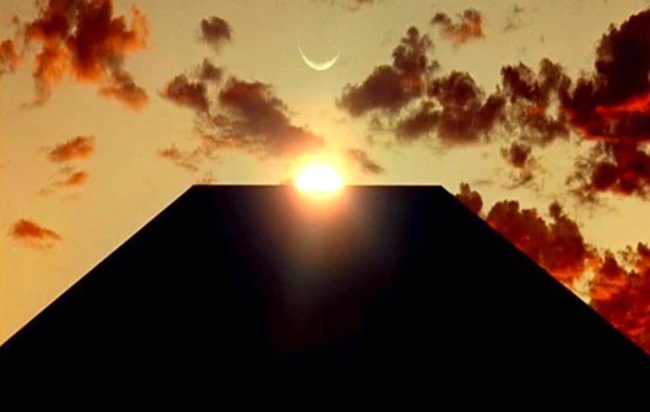 There has been a lot of great music written specifically for movies and Movie Producers know that the right music for their scenes can make or break a movie. People who write music for movies can make a lot of money, just ask John Williams of Star Wars fame and other movies. Two of my former piano students live in Los Angeles writing music for TV and movies. It is a tough business to break into and the competition is really tough. Many times success is dependent on who you know and who are your friends in the industry.

As if the competition is not stiff enough among the hundreds of composers vying for the chance to write the music for a potential blockbuster, the Producers always have the option of reaching into the library of Classical music for something that will fit their images.

In all the years I’ve been seeing movies, there has been one piece of music that fit a movie scene so perfectly that it actually dominated what was showing on the movie screen. It was for Stanley Kubrick’s classic movie – 2001, A Space Odyssey. which premiered in 1968. The music was from Classical composer, Richard Strauss called “Also Sprach Zarathustra”. I am sure everyone has heard this music at least once in their life even if they did not see the actual movie. The name of the music may be unfamiliar, even to music snobs, but once you hear the music you will recognize it and probably never forget it. The music plays as alien Monoliths are discovered on the moon, Jupiter, and early Earth with apes. The Monolith represents the emergence of real intelligence among those who view it. Without further ado, here is a link to the music.

This music was composed in 1896 by Richard Strauss based on Friedrich Nietzsche’s novel by the same name. The part of the music used in the movie and shown in the YouTube above is the
small beginning of the piece, called Sunrise. Strauss was born in 1864 to a musical family in Munich, Germany and as a result haad all the musical training he would ever need in his youth. He was a prolific composer turning out large orchestral works, operas and chamber music works.

Strauss lived thru the Nazi era in Germany but was not favored by Hitler or any of the high German command – they much preferred the music of Richard Wagner, Life during this period was difficult as he had a Jewish daughter-in-law to protect. Since Strauss was world famous for his music, the Nazis left him alone for the most part rather than incur bad publicity. He finally died in 1949 of heart failure.