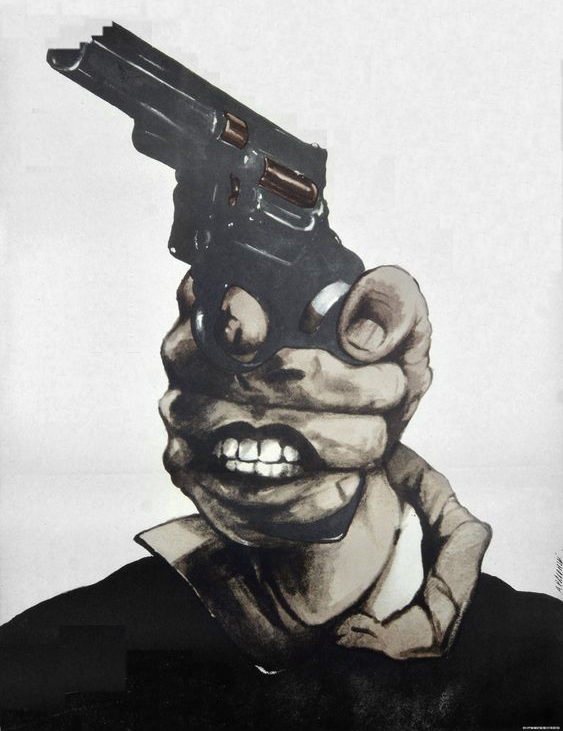 Gross Moral Turpitude sounds like an accusation Cotton Mather would have made in Salem, Massachusetts when condemning a 12-year-old girl to the gallows for practicing witchcraft. The proof of her crime was based upon his “spectral evidence” (evidence based upon dreams and visions) and “oracular observations” (divine revelation through human mediums).

Crimes of moral turpitude still exist in America, particularly with respect to immigration and contract law. But unlike 17th Century Massachusetts, we apply a legal code and not a theocratic one to convict criminals, though our Supreme Court is currently encumbered by a majority of Fundamentalist Christian dogmatists.

Moral turpitude is described as an act that “refers generally to conduct that shocks the public conscience as being inherently base, vile, or depraved, contrary to the rules of morality and the duties owed between man and man, either one’s fellow man or society in general.” The person committing moral turpitude should have had either an “evil intent” or been acting recklessly. It includes crimes such as embezzlement, blackmail, and extortion. If the crime is fraud, the behavior includes: bribery, perjury and tax evasion. If the crime is insurrection or rebellion, the behavior includes: attempted insurrection, aiding and abetting insurrection, being an accessory, and participating in insurrection or rebellion.

So, because our “public conscience” has continuously been shocked for the last 4 years by the former President of the United States, Donald Trump, it seems entirely reasonable to consider whether he has been a Procrustean President – one who uses an arbitrary standard to measure success, while completely disregarding the obvious harm that results from his efforts.

Covid denialism instantly comes to mind, where Donald Trump placed his desired poll numbers ahead of the scientifically predicted massive death toll from Covid-19 – a plague for which he refused to use government resources to respond. He chose 75,000,000 people casting their vote for him in 2024 – versus – the over 600,000 human deaths that resulted from his campaign to discredit scientific findings and the measures necessary to contain the epidemic. Gross Moral Turpitude.

And if the crime is: embezzlement, blackmail, and extortion, then Ukrainian President, Volodymyr Zelensky and Georgia Secretary of State, Brad Raffensperger, instantly come to mind. Let’s not fuggedaboutit.

But if the crime is attempting, aiding, and abetting an insurrection against the United States – we can simply look in the mirror and check to see if we have eyes and ears, because we watched the insurrection play out in real time on January 6th, 2021 – on television . We heard it in his speech before the mob of armed and dangerous supporters that he had cultivated, and we saw him tell that mob that he would accompany them to the Capitol. We saw with our own eyes as his supporters threatened the lives of government legislators and employees. We heard him say it, and we saw him do it. His intent was unambiguous. “Stop the steal. Be there. It’ll be wild”.

“To have striven so hard, to have molded a public personality out of so amorphous an identity, to have sustained that superhuman effort only to end with every weakness disclosed and every error compounding the downfall–that was a fate of biblical proportions. Evidently the Deity would not tolerate the presumption that all can be manipulated; an object lesson of the limits of human presumption was necessary.”

An object lesson of the limits of human presumption, indeed.

If the impeachment of Richard Nixon for his participation in the Watergate affair was a fate of “biblical proportions”, then what should we call the fate of Donald Trump for his crimes – the crimes that led up to and included the Insurrection of January 6th, 2021? And what should be the fates of the Republican legislators and the members of his administration who aided and abetted Trump’s insurrection?

In an article written by Jeannie Suk Gersen in The New Yorker, she quotes Carlton F. W. Larson, a scholar on treason and a law professor at the University of California, Davis saying, “During Trump’s Presidency, Larson told me, his colleagues teased him by asking, “Is it treason yet?” He always said no. But the insurrection of January 6th changed his answer at least with regard to Trump’s followers who attacked the Capitol in an attempt to stop Congress’s certification of the election. ‘It’s very clear that would have been seen as ‘levying war,’ he said.” Seditious conspiracy.

Donald Trump is not merely an extortionist, a tax cheat, or an insurrectionist who actively attempted to reverse the results of the 2020 presidential election in order to illegally award the presidency back to him. Donald Trump is guilty of conduct that shocks the public conscience as being inherently base, vile, and depraved, contrary to the rules of morality and the duties owed between man and man, either one’s fellow man or society in general. Donald Trump should be in prison and not permitted to lead a major political party in America. Donald Trump is a traitor, and any American citizen who has eyes and ears knows that his crimes are motivated by “evil intent and “recklessness”. Over 600,000 dead and still rising, five dead in a failed coup attempt, and never-ending lies concerning the lethality of this plague are, indeed, crimes of biblical proportions.

“Murder has no tongue, but miraculously it still finds a way to speak”. – Hamlet, William Shakespeare, 1601