‘Gig Economy’ Bill Will Drive Independent Musicians Out of California 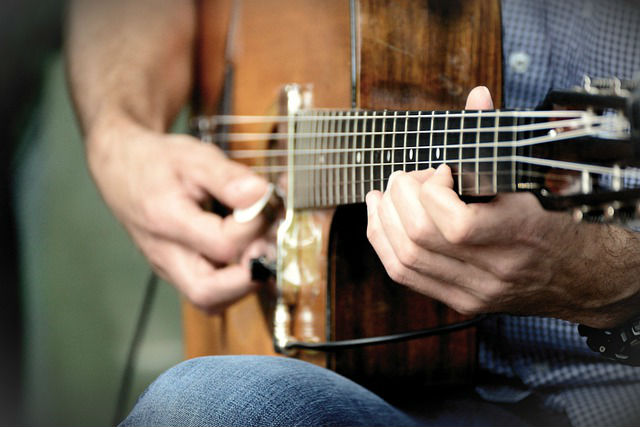 An independent musician recording in his basement would become an employer under Assembly Bill 5. Photo via Pixabay

California has always been a haven for artists and has inspired songs that are heard around the world. A recent change in the law, about to get the stamp of approval by the state Legislature, will unintentionally drive independent artists out of California. While changes in technology have made it possible for artists to remain independent and create music on their own terms, this law will force them to make that music outside of California.

A recent court ruling called “Dynamex” by the California Supreme Court has redefined what it means to be an independent contractor. The state, in an ambitious effort driven by labor unions, is attempting to codify it in Assembly Bill 5.

AB 5 is being proposed in response to the “ride-sharing” companies like Uber and Lyft. The bill is intended to make it more difficult for so-called “gig economy” companies to classify workers as independent contractors. We understand, appreciate and support the legislators wanting to protect hundreds of thousands of drivers in our state who are working without benefits, while the corporations involved reap the profits of their labor.

Unfortunately, the law is so broad it will have outsized consequences for independent musicians: treating them like Uber and Lyft executives, rather than protecting them like the drivers. The proposed bill states that any person who provides services that relate to the usual course of the “hiring entity’s” business is an employee of that entity. This makes sense for large corporations like Uber and Lyft; it does not make sense for the independent artist who is trying to make music.

OArtists work with many people to help them realize their vision: producers, engineers, musicians, publicists, managers, music video creators, dancers, background vocalists, etc. Under this new law, an artist in California could become the employer of all of these people.

Think of a 14-year-old kid in her bedroom making music. Is she capable of becoming an employer and providing punch cards, time sheets, guaranteed meal breaks, health care, retirement benefits, overtime pay calculation, mandatory tax withholding? Think of N.W.A. when they were making independent records in Compton, faced with the expense and administrative burden of becoming employers. In 2019, the opportunities to make music independently are endless, and this law threatens to quash that innovation.

The young girl in her basement recording on garage band. She invites a friend over to play bass on a record. She is an employer.
The rapper who hires a mixer to punch up the levels on the production. He is an employer.

The producers who hire musicians to play on a track. They are an employer.

The songwriters who ask people to play on a demo so they can pitch it to an artist to cut. Employers.

People who organize “song camps” where songwriters come together and write songs. Employers.

This is not an issue of big vs. small. This is small struggling to become big. There are tens of thousands of kids with dreams in the state of California. Dreams to be a recording artist, a singer, a producer, a rapper, a small label executive, a major label executive, perhaps one day. The unintended consequence of this law is that they will have to move out of California to pursue this dream.

Get ready Nashville and New York, it looks like you’re about to have your own recorded music boom.

Unless, just maybe there is something we can do about it. AB 5 allows industry exemptions. We all agreed on an exemption — and when was the last time recording artists, indie and major labels agreed on something? We have a good deal of union support, but not all of them.

If you care about allowing independent artists, songwriters, and labels in California to stay, we need your help. Call your local state legislator, your union, the AFM. Tell them how important it is to you that we keep the music in California. Ask them to support an exemption to AB 5 for independent recording in California.

But hurry. The bill becomes law on Sept. 13.

California has always protected independence for artists. Don’t let AB 5 pass without an exemption for independent artists and force independent music-making out of California.

Mitch Glazier for the Recording Industry Association of America, Dr. Richard James Burgess for the American Association of Independent Music and Jordan Bromley and Susan Genco for the Music Artists Coalition. This article is reprinted from The Times of San Diego which, along with The Moderate Voice, is a member of the San Diego Online News Association.