Posted on May 12, 2022
You are here: Home / Featured / Final Trump Debate: More of a Typical Debate but Unlikely to Change Race’s Trajectory (Reaction and Roundup) 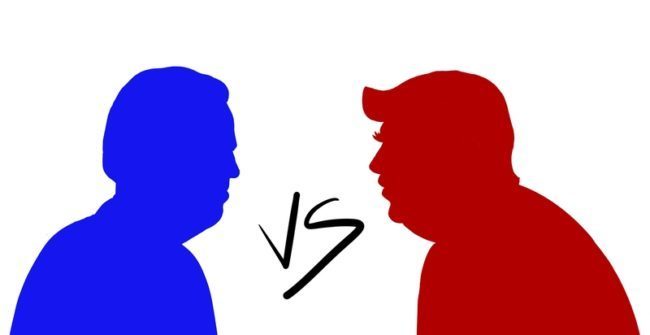 So what’s the verdict in the final debate between Presiden Donald Trump and former Vice President Donald Trump? The Drudge Report’s headline sums it up:
THE LAST DEBATE
CALMER
‘NO KNOCKOUTS’
TIME RUNNING OUT!

Here’s a round up of reaction:

President Trump and Democratic nominee Joe Biden on Thursday clashed for a final time before Election Day, exchanging blows on the public health and economic crises facing the country in what was a decidedly more orderly — though still at times personal — contest than the first debate.

The proceedings, which took place in Nashville, Tenn., were aided in part by a mute button that allowed each candidate to speak uninterrupted for two minutes about each of the six topics before the two men could go back and forth.

Trump showed more discipline as the debate opened, adopting a muted tone as he fielded questions on the coronavirus pandemic during the first segment. Advisers had lamented that his aggressive approach in the first debate, where he regularly interrupted Biden and challenged moderator Chris Wallace, was ineffective and turned off undecided voters.

But the two men, who have shown a clear dislike for one another, also frequently lobbed attacks at one another in a preview of what is likely to be a hostile final 10 days of the campaign.

During the first segment, Trump repeated many of his usual overly optimistic statements about the trajectory of the virus, insisting new rising cases would soon be “gone” and that a possible vaccine was on the way and would be available in a matter of weeks.

….Biden frequently shook his head or openly laughed as Trump spoke, ending answers with an exasperated “come on” throughout the debate. He repeatedly slammed Trump on his response to the virus, accusing him of having no plan to address the pandemic and taking zero responsibility for the deaths in the United States.

The Washington Post gave four takeaways. Go to the link to read the takeaways in full:

1. Trump offers no course correction on coronavirus
2. Biden sharpens his coronavirus closing argument
3. Trump tries to make an issue of Hunter Biden, in fits and starts
4. A better debate

President Trump and Joseph R. Biden Jr. delivered starkly divergent closing arguments to the country in the final presidential debate on Thursday, offering opposite prognoses for the coronavirus pandemic and airing irreconcilable differences on subjects from rescuing the economy and bolstering the health care system to fighting climate change and reshaping the immigration policy.

The debate was, on the whole, a more restrained affair than the first encounter between the two candidates last month, when Mr. Trump harangued Mr. Biden for most of an hour and a half and effectively short-circuited any policy debate. But if the tenor of Thursday’s forum was more sedate, the conflict in matters of substance and vision could not have been more dramatic.

From the opening minutes, the two candidates took opposing stances on the pandemic, with Mr. Trump promising, in defiance of evidence, that the disease was “going away” while Mr. Biden called for much more aggressive federal action for the “dark winter” ahead.

Mr. Trump, who badgered Mr. Biden with increasing aggression over the course of the debate, appeared determined to cast his opponent as a career politician who was, as he jabbed toward the end of the debate, “all talk and no action.” And the president used the event as his most prominent platform yet for airing unsubstantiated or baseless attacks about the finances of Mr. Biden and members of his family.

Mr. Trump, however, did little to lay out an affirmative case for his own re-election, or to explain in clear terms what he would hope to do with another four years in the White House.

Mr. Biden, for his part, stuck to the core of the argument that has propelled his campaign from the start, denouncing Mr. Trump as a divisive and unethical leader who has botched the federal response to a devastating public-health crisis. Though Mr. Trump pushed him onto the defensive repeatedly, the former vice president also laid out a fuller version of his own policy agenda than he managed in the first debate, calling for large-scale economic stimulus spending, new aid to states battling the pandemic and a muscular expansion of health care and worker benefits nationwide.

Significantly, Mr. Biden made no serious error of the sort that could haunt him in the final days of a race in which he’s leading.

The Daily Beast contends Trump’s improved performance was sandbagged by his mind-meld to the Fox News political culture and rhetoric:

President Donald Trump trails former Vice President Joe Biden by substantial margins in polls. COVID-19 cases have increased by more than 30 percent in the past two weeks. A second stimulus package is being threatened by his own party, and there are only a dozen days until the election that could make him only the second Republican incumbent in more than a century not to win a second term.

It was in that context that Trump sought to change the conversation at the second and final presidential debate on Thursday night. But while he landed some rhetorical jabs, he also took as much he dished out—even on friendly rhetorical territory like policing and China. And his inability to break out of the Fox News echo chamber that has engulfed his campaign, seemed to prevent him from scoring the type of performance that would substantially shift the trajectory of the race.

The debate between Trump and Biden was set to be waged with both candidates protected by two plexiglass shields, but even after they were removed, Trump seemed to be encased in a plastic bubble—sheltering him not just from the coronavirus, but from political reality. Returning again and again to the latest thread in the vivid tapestry of conspiracy and innuendo about Biden’s surviving son, Trump was, at times, so caught in the lather of ultraconservative media that he seemed to lose sense of what polls show voters actually care about.

In the most illustrative moment of the night, Trump concluded a lengthy diatribe about Hunter Biden and Russian mayors and secret slush funds paying for the former vice president’s retirement, only for Biden to turn to the camera and say: “This isn’t about his family or mine. It’s about yours.”

It wasn’t all a bust for the president. Trump succeeded in tripping up Biden, such as during exchanges about the fate of the oil industry under a potential Biden administration, and in sweeping condemnations of Biden’s history on issues like criminal justice reform. But even when he did land a blow—attacking Biden repeatedly for promising reforms that he couldn’t fully deliver while in the Senate or in the Obama administration, for example—his attention repeatedly drifted back to the musings of Breitbart.

“You mean the laptop is now another Russia, Russia, Russia hoax?” Trump said in a tangent during a section of the debate theoretically focused on race in America. “You have to be kidding me—here we go again with Russia.”

The embattled president’s reversion to speaking the language of Fox News’ evening lineup was no great surprise. His campaign had previewed the attacks on Hunter Biden for days, even touting a press conference with a would-be former business partner of Hunter Biden’s in the hours before the debate. Beyond that, Trump has shown only a transitory interest in winning over supporters beyond his fervently passionate base.

Biden, whom the president mocked for spending days in intense debate prep, took advantage of the preview Trump gave him, often beating the president to the buzzer on issues where the president had indicated he would attack.

.@jmeacham on the final Biden-Trump debate: "One man was running for President of the United States. And the other man was auditioning for a show on FOX."#11thHour #Debates2020 pic.twitter.com/ijo1uiHJKX

And the unscientific CNN North Carolina "undecided voter" panel which with Biden 9, Trump 0, a Draw 2.

SNAP POLL: Who voters think did a better job – or won – tonight’s #PresidentialDebate

One of the key takeaways I'm left with from this debate is that we fully can't even talk to each other anymore. That was the president of the united states, 11 days out from a general election, speaking in a way that reasonably informed people outside his niche COULDN'T FOLLOW.

.@realDonaldTrump was less brutish thus better than in last disastrous debate.
But @JoeBiden was strong & hit the right notes on COVID, health care, the middle class and, most important, on unifying a badly-divided nation.
Biden went in as frontrunner and left as frontrunner.

"The final presidential debate crystallized the choice: you can vote for a monster who thinks permanently separating children from their parents is fine, or you can vote for a guy who doesn’t think that" writes @besslevin https://t.co/OsueXyCFLe 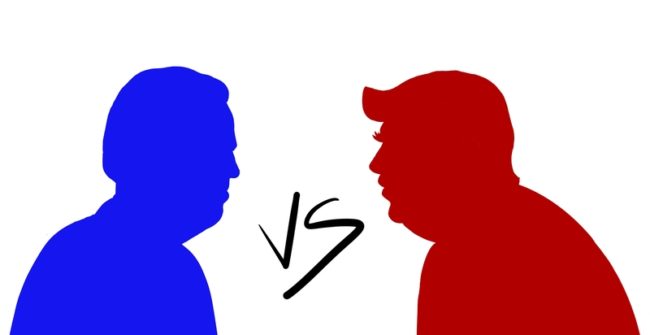