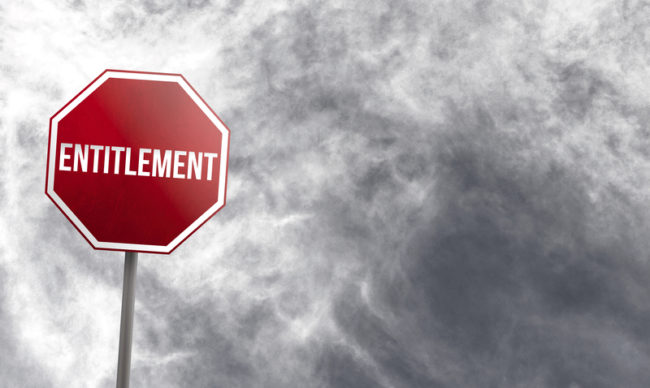 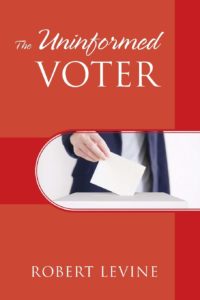 By dint of money, celebrity or power, many individuals in America consider themselves entitled and able to have their way in everything they want. They see ordinary people as pawns to be used to further their own comfort and interests. That everyone is not created equal is apparent to even casual observers. Aside from sexual and racial variance, some people are tall, some short, some fat, some thin, some muscular, some weak, some smart, and some of average intelligence. We are all products of our genes, shaped to a large degree by our environment as children, but also happenings later in life. The genetic makeup and childhood experiences of people differ markedly, producing adults who are diverse in looks, cognitive function, athletic ability, and so forth. However, in a democracy these differences should be of no significance in how individuals are treated by one another or by the state. Everyone should expect consideration and respect from other men and women, no matter how different they may be.

Unfortunately, not only in America but in every society there are individuals who believe themselves privileged and above other people in status, thinking they are entitled to special treatment from the rest of us. As noted, wealth, power and celebrity are the major factors that make some men and women perceive themselves as entitled. Though in a democracy these feelings should be constrained, those who consider themselves special are often unwilling to surrender the attitudes and conduct that mark them as privileged. These may be manifest by minor aberrations from behavioral norms, or by more imperious conduct that reinforces their assumptions they are privileged.

One may ask whether relatively trivial actions by entitled people are connected to, or predictive of, more serious offenses, as privilege is often manifest by minor deviation from social norms. If they park in no parking or handicapped spaces or cut in line to bypass traffic, or fail to pick up their dog’s droppings, do these indicate that they see themselves as above the law? Are those who consider themselves privileged more likely to commit transgressions in business or social interactions that are unethical or illegal, thinking that they will not be caught or punished? Though a controlled study of these actions would be impossible to perform, common sense and observation of different personalities and behavior would make one believe the answer is yes, as they suggest the possibility of sociopathy. However, it is true that some acts revealing indifference to the sensitivities of others do not necessarily signal entitlement, but may merely represent rudeness and bad manners. None-the-less, the hallmarks of entitlement are lack of consideration and caring for others, along with the attitude that one is better than other people. Rules and regulations can be ignored when necessary to enhance an entitled person’s life.

‘Entitlement’ is defined by the Cambridge English Dictionary as- the feeling that you have the right to do or have what you want, without having to work for it or deserve it, just because of who you are. The word privileged is used in a similar manner to entitled. In our society, a person who feels entitled is one who considers him or herself special or superior to others, and whose conduct is indicative of that belief in various ways. Because of that individual’s bearing, attitude, and actions, most people are aware of his or her assumption that he or she is privileged and deserves to receive appropriate attention and treatment from others. The opposite of an entitled person would be one who is humble, unpretentious, deferential, kind and considerate.

Until people accept the idea of equal status, opportunity and equality under the law, we will not have a democracy. That does not mean all people are equal.

Buy The Uninformed Voter on Amazon or Barnes and Nobel