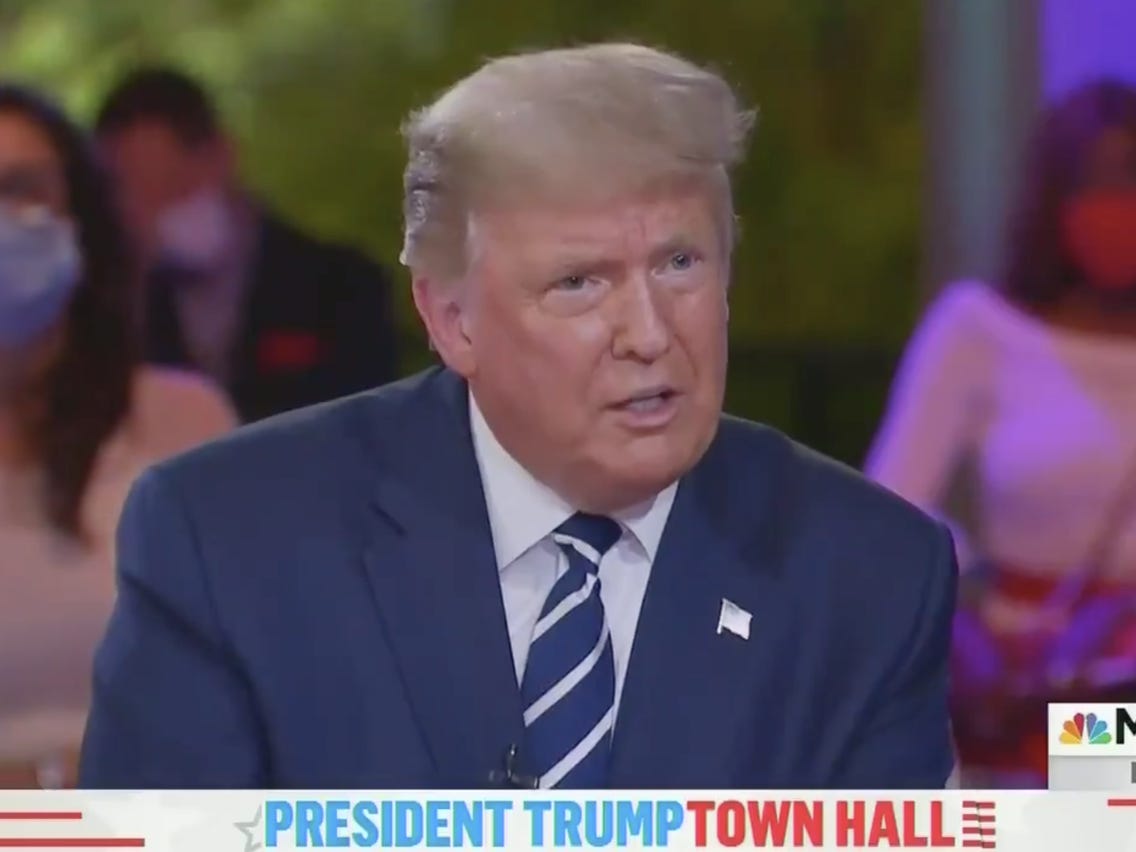 The night of the “dueling” Joe Biden/Donald Trump town halls is now over. And early ratings are in: so far Biden’s ABC town hall got 2 million more viewers than Donald Trump’s on NBC. Variety:

Presidential candidates Joe Biden and Donald Trump appeared in directly competing town halls on Thursday night, after the President dropped out of the second debate.

Trump’s hourlong appearance on NBC, which drew criticism across the industry and even an angry letter from top talent and showrunners who work with NBCU, appears to be trailing Biden’s 90-minute session with ABC in the ratings, at least according to early numbers.

Biden drew 12.7 million total viewers on the Disney-owned network, while Trump drew 10.4 million in the same 9-10 p.m. time slot on NBC. Across the entire runtime, the Biden town hall averaged 12.3 million viewers. In terms of the fast national 18-49 demographic, Biden is comfortably on top with a 2.6 rating to Trump’s 1.7.]

But this can change.

Those numbers are of course subject to significant adjustment given that the Trump town hall aired simultaneously on NBC, its broadcast affiliates, and cable channels CNBC and MSNBC. Whereas Biden’s event aired live on ABC on both coasts, meaning his viewership figure will be affected by time zone adjustments. This story will be updated with more accurate figures, including the cable numbers, once they become available later in the day.

Adding on all of these additional NBC news outlets, it would be expected that Trump’s numbers will change and that he’d get more tune in’s than Bidens. If not, it’d be a major story.

That is not necessarily good for Donald Trump: Biden won praise for his Town Hall while Trump’s was not one of his best nights.