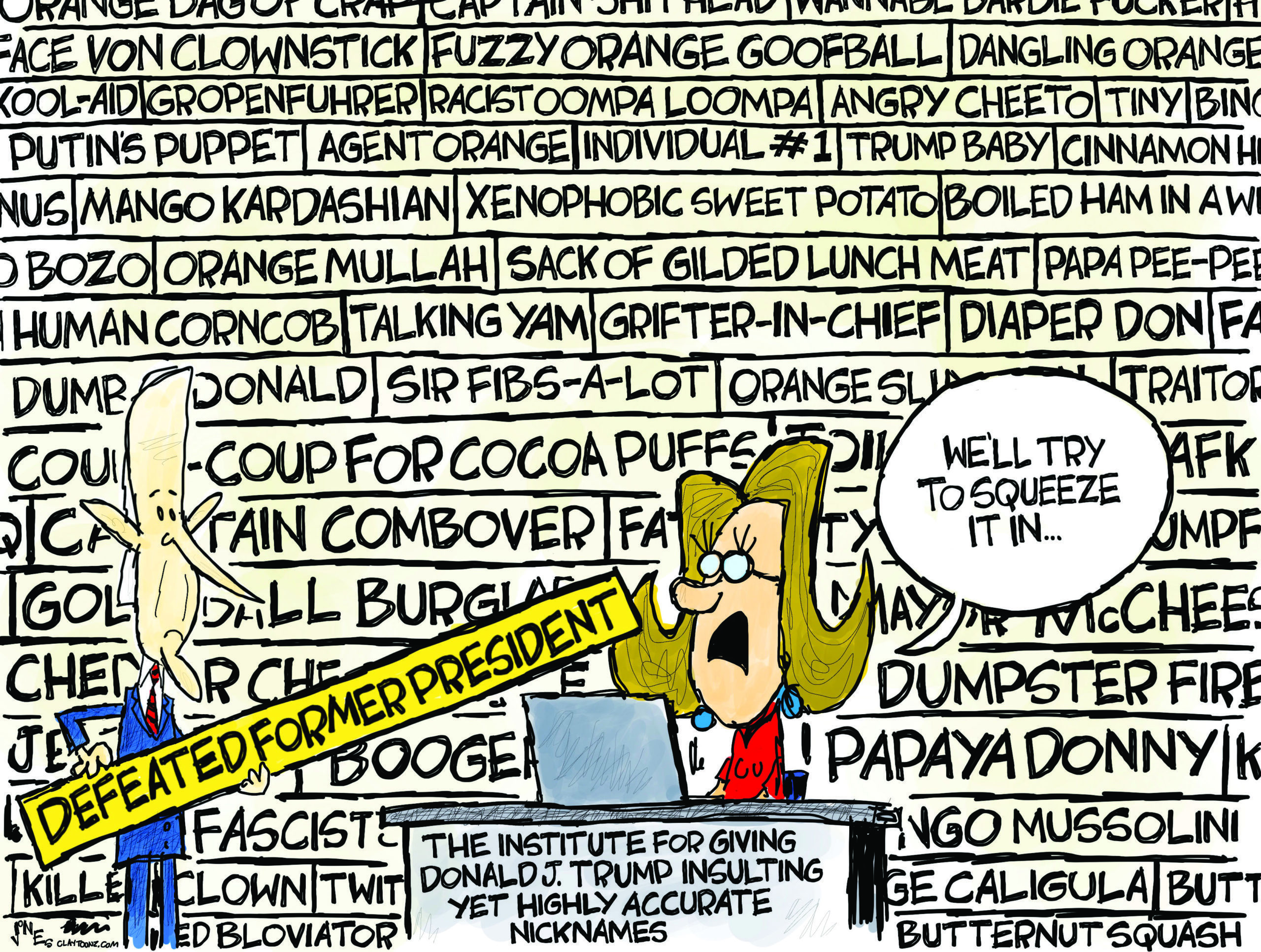 GOP strategist Karl Rove said Republicans need to display their patriotism by offering “no absolution for those who planned, encouraged and aided the attempt to overthrow our democracy.” Unfortunately, Karl…Republicans aren’t patriots anymore. Only two Republicans marked the occasion in the House chamber yesterday, Liz Cheney and her father, former vice-president Dick Cheney. While Rove is one corner calling out his party to reject terrorists, people like Tucker Carlson are making excuses for them.

Tucker, you are an unpatriotic coward who puts cult worship above your nation while defending white nationalist terrorists.

The insurrection at the Capitol resulted in five deaths and injured 140 law enforcement officers. More than 725 people were charged with assault, resisting arrest, and other crimes in the events of Jan. 6, 2021. About 165 people have pleaded guilty. None of them is Antifa. They’re all white nationalist Trump supporters.

Can you imagine these Trump goons trying to tell us 9/11 wasn’t an attack on our country?

In some ways, 1/6 was worse than 9/11. What happened on September 11, 2001, was a terrorist attack designed to hurt our nation and bring us to our knees, but there was no possibility it was going to destroy us. Sure, it hurt us. It hurt us bad and in a way from which we’ll never fully recover. But it pissed us off. It united us. It made us destroy al-Qaida. The attack at the U.S. Capitol was designed to overthrow our government. Even though it failed, the attack continues on our democracy. Yesterday, Donald Trump and Republicans still pushed the lie that the 2020 election was a fraud. Osama bin Laden never challenged any of our election results. Osama bin Laden never tried to change election laws, based on lies, to prevent nonwhite Americans from voting. I’m not making excuses for al-Qaida or trying to make them look harmless, like soft and cuddly kittens. I’m just saying, Republicans are worse than al-Qaida. The GOP supports terrorists. And honestly, if I was told I had to have dinner with Abu Musab al-Zarqawi or Ted Cruz, I’d really have a hard time making a choice.

A recent poll found that 30 percent of Republicans support violence to “protect our country” if the violence is committed by “true American patriots.” Another poll found that 40 percent of the GOP is in favor of violence to “protect America.” What these respondents mean by “protect America” is giving Trump and white racists what they want, even if it overthrows democracy. What they mean by “true American patriots” is terrorists. Proud Boys are terrorists. Oath Keepers are terrorists. Ashli Babbit was a skanky jezebel and a terrorist. These people are all traitors.

Fortunately, we now have a president who does not support terrorists. Hell, the last guy negotiated and gave them Afghanistan. Yesterday, our real president called out, not just the terrorists, but their leader. Yesterday on the first anniversary of the January 6 insurrection, President Joe Biden called out the man responsible, Donald J. Trump. Of course, there are a lot of terms to use for Donald J. Trump other than Donald J. Trump. During his speech yesterday, President Biden used one of them.

Donald Trump was defeated and that’s a fact. And he is a former president (sic).

President Biden laid out the facts. He said our democracy was attacked and urged our nation to make sure that it “never, never happens again.” He pointed out that Donald Trump couldn’t accept his loss (still can’t) and “created and spread a web of lies about the 2020 election.”

From National Statuary Hall, our president said, “We saw it with our own eyes. Rioters menaced these halls, threatening the life of the speaker of the house, literally erecting gallows to hang the vice president of the United States of America.”

Then he dug in deeper and said, “What did we not see? We didn’t see a former president who had just rallied the mob to attack, sitting in the private dining room off the Oval Office in the White House, watching it all on television and doing nothing for hours as police were assaulted, lives at risk, the nation’s Capitol under siege.”

Then, President Biden cut in even deeper and said about the former guy, “He was just looking for an excuse, a pretext, to cover for the truth. He’s not just a former president. He’s a defeated former president.”

Some Republicans complained about this. One GOP strategist said it will alienate Trump supporters. I don’t think our president should be that concerned with alienating violent democracy-hating fascist-loving racist Nazis.

The president told us what we already know, but too many are afraid to acknowledge. “He values power over principle. Because he sees his own interests as more important than his country’s interest, and America’s interest. And because his bruised ego matters more to him than our democracy or our constitution.”

And he did it all without saying Donald Trump’s name.

Now, if you feel the need to refer to the former guy but you don’t want to say his actual name, as you can see from today’s cartoon, I have a few suggestions.