Posted on September 6, 2022
You are here: Home / International / Afghanistan / Declaring Defeat in Afghanistan 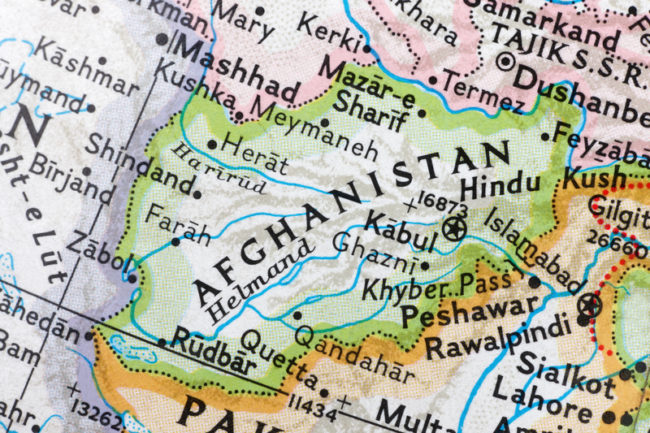 The phrase “forever war” as applied to our long intervention in Afghanistan is an insult to all Americans who fought in Afghanistan, 5346 of whom were killed and approximately 21000 wounded. By withdrawing we are admitting defeat, and we are saying that those Americans who died in Afghanistan died in vain. The withdrawal decision not only dishonors the past; it threatens the future.

Surely President Biden and his foreign policy advisors know what will happen if we withdraw entirely from Afghanistan: the central government will collapse, and the Taliban will take over large portions of the country. Many Americans would say: ‘So what? Why should we care who governs Afghanistan?’ They are forgetting our initial reason for intervening in Afghanistan, which was to destroy Al-Qaeda and thereby prevent future 9/11 attacks on our country. Since the Taliban protected Al-Qaeda, we, with the help of various Afghan tribes, removed the Taliban as the prime governing force in the country. These accomplishments can only be permanent if we maintain some military presence in Afghanistan.

Our continued presence is required because we did not achieve several other goals in the last twenty years. We did not convert Afghanistan into a developed, westernized democracy. We did not get Afghans to overcome their tribal animosities, and therefore they did not form a stable central government. We did not convince Pakistan to stop supporting the Taliban and other jihadist groups, who continue to infiltrate and terrorize Afghanistan.

These lofty goals were not part of our original mission. These goals came about later because we accepted the illusion that nation-building could work in Afghanistan, because the G.W. Bush administration thought that we could democratically restructure the country, like we did with Germany and Japan after WWII.

However, the failure to accomplish these goals does not mean that we should withdraw completely. Instead we need to refocus on our original mission and goal: stopping Al-Qaeda and other jihadist groups from reforming and attacking the United States; and to accomplish this goal we need to prevent an entire Taliban takeover.

How can we prevent the Taliban from completely taking over in Afghanistan? We should consider going back to our original 2001-2002 intervention strategy. In that time frame our military presence consisted primarily of special operations troops, who worked with the many Afghan anti-Taliban tribes to overthrow the Taliban. We could implement that strategy again because most Talibans are members of the Pashtun tribe. Many of the other tribes do not want the Pashtuns/Taliban to take over the Afghan national government. This strategy would not require any American conventional military forces.

What does Taliban control prevention do for us? It eliminates Afghanistan as a safe haven for jihadist groups to arm and train terrorists. Jihadism is still very much a force in the world, and jihadist groups will seek a haven in any country that will protect them. We have seen this happen once before in Afghanistan- do we want to see it repeated? Eliminating Afghanistan as a terrorist haven was our original goal in 2001, and it should continue to be our goal moving forward. Additionally, preventing a complete Taliban takeover in Afghanistan will also help prevent a Taliban takeover in next-door Pakistan.

Additionally, our continued presence would help one group that has benefitted from our 20-year intervention: the women of Afghanistan. In the last two decades millions of Afghan girls have received some education; under the Taliban no girls received any education. Afghan female literacy has increased from less than 5 percent before 2001 to 30 percent in 2021. This would have never happened if the Taliban had continued to rule the country. Increasing female literacy is often associated with increasing female rights. Continuing female emancipation is possibly the one long term hope for eventually converting Afghanistan into a stable democracy and finally ending our need for any American military presence in the country.