People living in Australia and California ought to be asking themselves that question.

From the World Wildlife Fund:

Every year it seems like there’s another disastrous wildfire in the American West. In 2018, nearly 9 million acres were burned in the US alone. Uncontrolled fires often started accidentally by people, rampage and decimate forests.

For most people, forest fire is synonymous with disaster. But there are some kinds of forest fires that actually benefit the environment.

A controlled burn is a wildfire that people set intentionally for a specific purpose. Well-thought out and well-managed controlled burns can be incredibly beneficial for forest management—in part because they can help stop an out-of-control wildfire. . .

The Nature Conservancy reports the following about Oregon’s forests:

“Fire has always been a part of Oregon’s landscape. Many plants and animals depend on the recycled nutrients and healthy ecosystems that nature wildfires produce. But after more than a century of suppressing wildfires, our dry forests are overgrown with fuel that causes larger, more intense and severe wildfires.

The science is clear. Controlled—or prescribed—burns combined with ecological thinning are a proven way to restore Oregon’s dry forests. By managing the natural process of fire on the landscape, instead of preventing it, we can improve habitats for native plants and animals and reduce the risk of out-of-control wildfires.”

A January 2020 headline from the Sacramento Bee asks an important question:

From the U.S. Forest Service:

“Fire exclusion practices have resulted in forests being plagued with a variety of problems, including overcrowding resulting from encroachment of species normally eliminated by fire; vulnerability of trees to insects and disease; and inadequate reproduction of fire resistant species. In addition, heavy accumulation of fuel — dead vegetation of forest floors– can cause catastrophic fires, threaten public safety, impair forests and ecosystem health, and degrade air quality.”

So, why aren’t there more controlled burns? The above-cited Sacramento Bee story gives an answer:

Those interviews revealed an overarching problem, identified by “almost everyone” who was asked: There’s “a risk-averse culture in the shadow of liability laws that place financial and legal responsibility for any prescribed burn that escapes on the burners,” the researchers said.

The resulting build-up of wildfire fuel is made worse by human misbehavior as a January 2020 report by Newsweek reveals:

“Police in Australia have arrested and charged two dozen people they say deliberately lit blazes during the wildfire season that has so far killed at least 18 people, destroyed thousands of homes and ravaged over 10 million acres of land. New South Wales police said that since the beginning of November [2019], 24 people have been charged over allegedly deliberately lighting fires as officers continue to investigate the role that arson has played in the devastation. Starting a wildfire can result in a jail sentence of up to 21 years. . . Police in the state have also taken legal action against a further 159 people. Among them are 53 people who allegedly failed to comply with a total fire ban and 47 people who allegedly discarded a lit cigarette or match on land.”

As CNN reports, wildfires in Australia could be prevented by using the burning practices that Aboriginal Australians have been using since before white men discovered Australia.

“The fires in Australia have been burning for months, consuming nearly 18 million acres of land, causing thousands to evacuate and killing potentially millions of animals. They’re showing minimal signs of slowing down. The Australian state of New South Wales, where both Sydney and Canberra are located, declared a state of emergency this week, as worsening weather conditions could lead to even greater fire danger. But a 50,000-year-old solution could exist: Aboriginal burning practices.”

As it turns out, some people would rather have uncontrolled fires than controlled ones, as the Australian Broadcasting Corporation reported via Facebook in 2019: 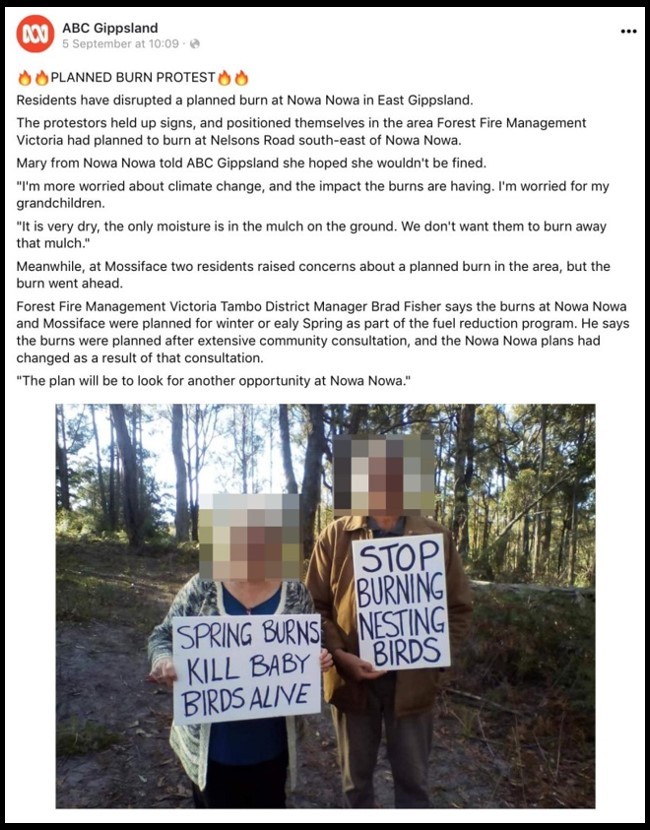 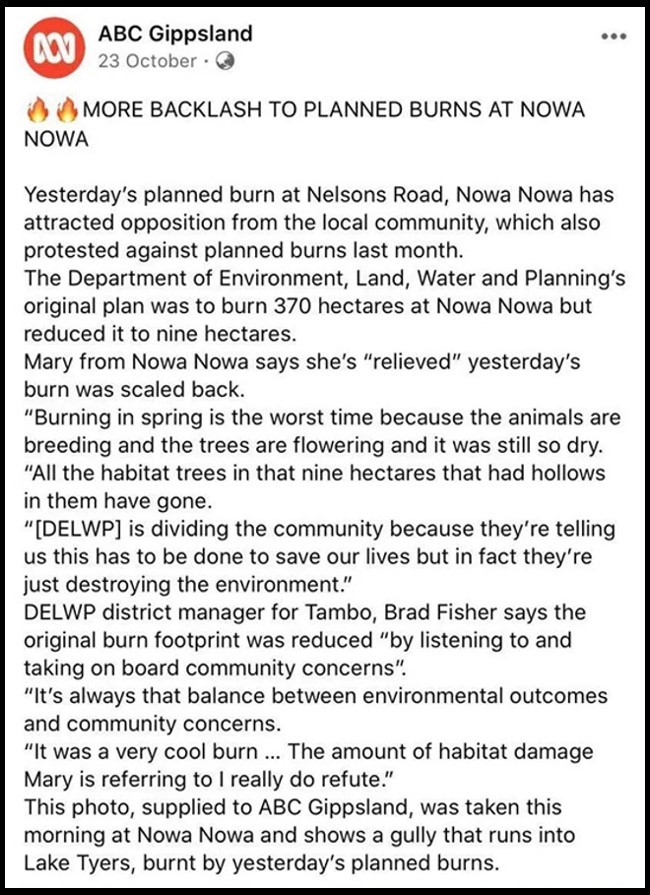 Click here to read more about opposition to controlled fires in Australia.