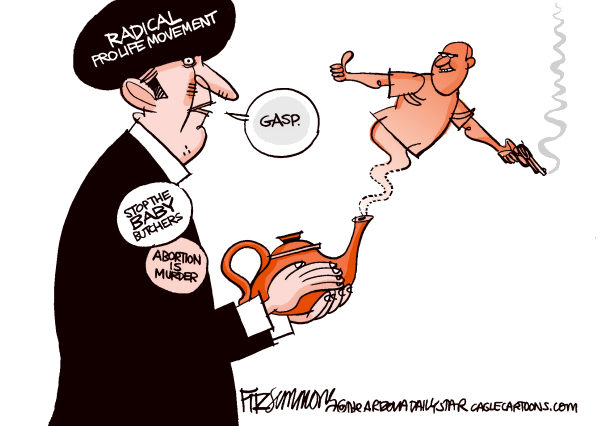 The abortion debate, as President Obama stated at Notre Dame in May, will not go away and should not go away. The way towards common ground is through asking the right questions.

As long as one side asserts women’s rights and the other the embryos’ rights, then the war on abortion will go on consuming our energies and confusing the nation. We need to focus on the real question: Can we actually know when life begins?

I am a physician who has done abortions. I have seen the “heart-wrenching” decisions women make and Obama described in his speech. I also have a PhD in embryology, studying the first few days of development, so for me the question of when life begins is a very real question.

Biology is remarkably prolific. Every egg and sperm is genetically unique. A woman uses only a handful of the 400,000 eggs she produces and a man releases half a billion sperm every time he ejaculates. Some people take fertilization as the beginning of life, but not all fertilized eggs give rise to embryos – some produce an abnormality called a hydatidiform mole, which in rare cases go on to form a life threatening cancer. Molar pregnancies are the result of normal intercourse and each is genetically unique, but they have no ethical or legal status.

The Bible tells us that when men cause an abortion without the woman’s permission they should be punished, but it does not suggest abortion is murder (Exodus 21:22). The Holy Koran describes the unfolding complexity of human development in eloquent terms and some Muslim societies permit abortion. Catholic teaching says we don’t know when life begins so respect life from fertilization. Many Protestants take implantation, when the egg attaches to uterine wall as the beginning of life. Yet others point out that identical twins can arise as late as 17 to 20 days after fertilization, and suggest that life cannot begin until human individuality has arisen.

I respect these ideas, but as an embryologist I place the beginning of life later in pregnancy.

Early embryos are highly abnormal and most of these are aborted spontaneously. Natural abortion is a necessary healing process without which few women would wish to become pregnant. Indeed one of the least controversial reasons for abortion is when the woman knows she is carrying an abnormal embryo. Personally, I see offering an abortion for congenital abnormality as comparable to any other healing procedures doctors perform to step in when nature has failed – as in removing a gangrenous limb. I also know that others will sincerely disagree with me. So how do we find a common ground?

By and large, various faiths and agnostics have developed a consensus on when life support machines can be turned off – when there is inconvertible evidence that the brain is no longer functioning. I suggest we should apply the same criterion to the question of when does life begin. I would offer an abortion to a woman who wants it until such time as the brain in functioning. I accept that there are no absolute measures for early brain function, but there is a general consensus it is after 12 weeks.

What I am certain about is that as an embryologist I can no more say when life begins by looking down my microscope than an astronomer can tell if heaven exists by looking thorough a telescope. Our assertion about when life begins is based on our personal beliefs, just as are assertions about life after death. Each religion and denomination charts a different path to heaven. In the sixteenth century the Europeans fought each other to a standstill over issues of religion relating to life after death. America was the one nation founded on religious tolerance.

We need a truce in the wars over life before birth, and to value a diversity of beliefs about the complex question about when life begins.

The murder of Dr George Tiller because he did abortions, as he walked into his church in Wichita last Sunday, is an urgent reminder that religious tolerance is the common ground America must honor.

Malcolm Potts, MB, BChir, PhD, FRCOG, holds the Bixby Endowed Chair at the University of California, Berkeley, where he has established the Bixby Center for Population, Health and Sustainability. A British, Cambridge-trained obstetrician and biologist, Dr. Potts has worked internationally since the late 1960s, when he became the first medical director of the London-based International Planned Parenthood Federation. In 1978, because of the United States’ interest in international family planning, he joined Family Health International in North Carolina as President and CEO, where he initiated research on maternal mortality which helped launch the global safe motherhood initiative in 1987. He also led collaborative research in family planning, contraceptive development, and HIV prevention in 40 countries. He vividly remembers World War II near London, and his professional work has taken him to many war torn situations including humanitarian work in Bangladesh immediately after the War of Liberation, Cambodia during Pol Pot’s attack on the capital and to Afghanistan, Angola, Gaza, Liberia, Ethiopia, Sudan, and Sri Lanka. Dr. Potts has written 12 books and published over 350 papers and articles. Two recent books are Queen Victoria’s Gene, tracking the hemophilia gene in the British royal family; and Ever Since Adam and Eve: The Evolution of Human Sexuality. His newest book with co-author Thomas Hayden, is titled Sex and War: How Biology Explains Warfare and Terrorism and Offers a Path to a Safer World.

The cartoon by David Fitzsimmons, The Arizona Star, is copyrighted and licensed to run on TMV. All Rights Reserved. Unauthorized reproduction prohibited.