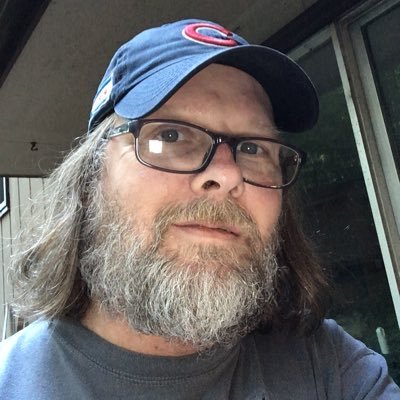 For the past several years The Moderate Voice has been blessed to use the superb editorial cartoons (and the superb columns and superb “Watch me draw” YouTube videos) of Clay Jones, a nationally syndicated columnist who ventured out on his own a few years ago to self-syndicate. As a result, it was a pleasure but not really a surprise to learn that Clay Jones was named finalist in the Herb Block Foundation Prize for Editorial Cartooning.

Here’s his bio.
Here’s his website with his cartoons and columns.

Here’s a link to his Watch Me Draw videos on You Tube.
Here’s his Facebook page.

And here’s the Herblock Foundation’s press release about the awards:

WASHINGTON, DC, Thursday, March 07, 2019 – Matt Davies is the 2019 Herblock Prize winner for editorial cartooning. He is the first recipient to receive the award a second time.

Matt Davies is the editorial cartoonist for Newsday in NY. In 2004 he was awarded the first ever Herblock Prize followed by that year’s Pulitzer Prize. He won the 2001 Robert F. Kennedy Journalism prize and in 2017 he received the National Headliner Award. Davies has been a runner up/finalist for the Pulitzer Prize in 2011 and 2016.

His cartoons are syndicated internationally by Andrews McMeel Syndicate and his work has been featured in many publications including The New York Times, The Washington Post, The Los Angeles Times & USA Today. His work has also appeared in Newsweek, Time Magazine, U.S. News and World Report, on CNN and in Mad Magazine.

Davies is an author and illustrator of children’s books. His first book: Ben Rides On was a Kirkus Best book of 2013 and his subsequent children’s literary work has been met with enthusiastic critical acclaim.

The Herblock Prize is awarded annually by The Herb Block Foundation for “distinguished examples of editorial cartooning that exemplify the courageous independent standard set by Herblock.” The winner receives a $15,000 after-tax cash prize and a sterling silver Tiffany trophy. Matt Davies will receive the Prize on May 2nd in a ceremony held at the Library of Congress. Jake Tapper, CNN anchor and chief Washington correspondent, will deliver the annual Herblock Lecture at the awards ceremony.

Judges for this year’s contest were Ward Sutton, cartoonist and illustrator who was the winner of the 2018 Herblock Prize; Ann Telnaes, editorial cartoonist for The Washington Post and first woman to have received both the Reuben Award and the Pulitzer Prize for Editorial Cartooning; and Sara W. Duke, curator of Popular and Applied Graphic Art at the Library of Congress.

The judges said “Any hesitance on the part of the judges to break precedent by awarding a previous winner was overcome by the strength and consistency of Davies’s portfolio. A veteran editorial cartoonist working at the top of his game, Davies has a unique, trademark style of drawing that effectively conveys humor without making light of the serious issues at hand.

He doesn’t just settle for the same old visual metaphors so commonly found in editorial cartooning today, and he does not insult his reader’s intelligence with over-labeled work.

The judges were impressed by the wide range of topics Davies tackled, including many that did not appear in other portfolios. He approaches topics with succinct precision and visual wit.

Some stand outs were the subtle pun of a monumental tower of paper identified as the Washington Emolument, the suggestion of a funeral with a bishop’s mitre replaced with a coffin labeled “trust,” and the rise in cost of medical expenses in a doctor’s suggestion that a sick patient start a Go Fund Me account.”

The Herblock finalist for 2019 is Clay Jones and he will receive a $5,000 after-tax cash prize. The judges found his takes refreshingly unique, on point, and very funny.

“Clay doesn’t really need to sign his work – there is no mistaking a Clay Jones cartoon. Working in large panels with colorful, stylized drawing, Jones creates cartoons full of visual details, gags and punch lines that point out the absurdities of the times we’re living through. Jones often cuts through conventional narratives of news events to illuminate the subtext that many of us are thinking, whether we’re conscious of it or not. A great example is his cartoon about the murder of journalist Jamal Khashoggi pointedly illustrates President Trump’s favoring his own financial interests over human rights and his constitutional oath of office.”