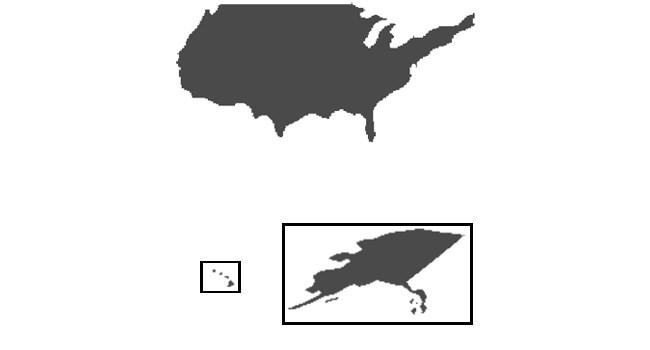 “California’s Legislature now has a pandemic-battered budget plan: Pray, wait and hope for the best. More seriously, Democratic leaders want to postpone the pain carried in Gov. Gavin Newsom’s proposed spending cuts to meet a looming $54.3 billion shortfall. Both the governor and his counterparts in the Legislature know the depth of the problem: a crashing economy, rising jobless and health bills, and no end in sight for the coronavirus threat. Both are leaning on the thin wish that more federal stimulus money will ride to the rescue though that brewing bailout is stalled in Washington. Thank the Republicans in the Senate for refusing to agree with House Democrats who want to send the funds to states that badly need it.”

If one lives in a state other than California, then one might be wondering what state in the USA doesn’t “badly need” financial help. City Journal’s senior editor Steven Malanga writes, “Every state and municipal budget in America will take a big hit because of the coronavirus lockdowns.”

“States are starting to report their tax collections for March and April, and Sen. Mitt Romney, R-Utah, was right when he said, ‘Blue states aren’t the only ones who are screwed.’ Georgia is showing a decline of more than $100 million in sales tax, fuel tax and other tax revenue compared with the same period a year ago. Tennessee’s tax revenue is down more than $120 million. Pennsylvania’s is off by more $760 million, and Texas, which also has been hammered by the downturn in oil prices, has seen tax collections plummet by nearly $1 billion.”

Here is a state-by state breakdown of projected budget shortfalls in Year 2021 as provided by the National Conference of State Legislatures: 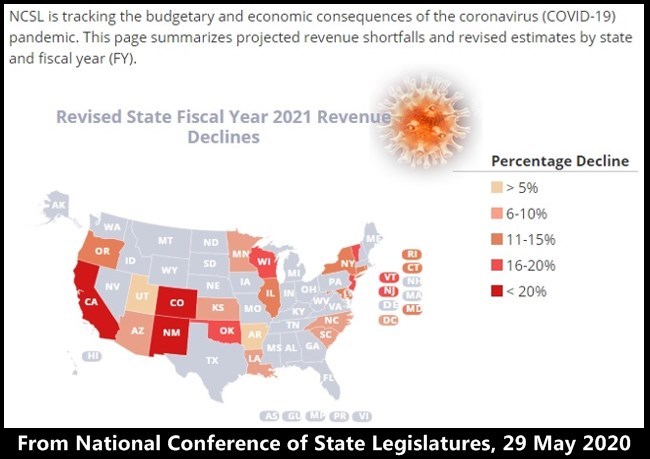 Click here for more details from the National Conference of State Legislatures.

From the Council on Foreign Relations, 15 May 2020: “Even before the pandemic, many subnational governments were grappling with ballooning costs, including health care and pensions for public employees. Some had already sought bankruptcy protection.”

In light of the decline in state revenue, how are state legislatures responding?

In a 03 June 2020 report, the Sacramento Bee states the following about the California legislature:

The Democratic lawmakers’ proposal largely preserves funding for K-14 schools and higher education and even expands programs, like providing new Medi-Cal coverage for undocumented seniors beginning in 2022. If Congress doesn’t send more money, the lawmakers’ plan would pull back some of the funding for K-14 schools and universities, although by a smaller amount than Newsom’s proposal.

The Legislature is asking state public unions to give some concessions because of the deficit, but unlike the governor, lawmakers are not setting a 10 percent target for savings. Instead, their plan says they’ll reevaluate after unions and the Newsom administration make agreements.