Posted on May 6, 2021
You are here: Home / Breaking News / Breaking: Derek Chauvin found guilty on all three counts in death of George Floyd 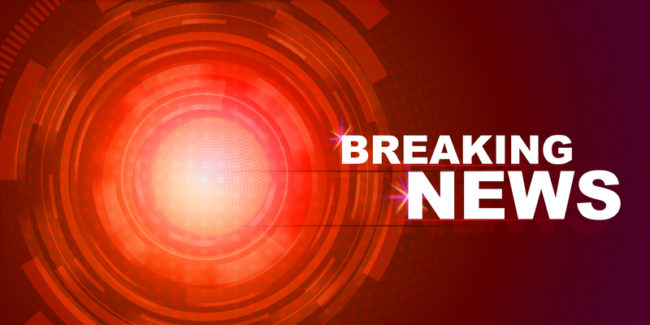 The jury has spoken: former Minneapolis Police officer Derek Chauvin has been convicted on all charges in the death of George Floyd.

Former Minneapolis police officer Derek Chauvin has been convicted of second-degree murder, third-degree murder and second-degree manslaughter in the death of George Floyd on Memorial Day. He was immediately remanded into custody and will be sentenced in the coming weeks.

The jury announced its verdicts Tuesday afternoon, less than a full day after closing arguments in the three-week trial concluded.. Deliberations concluded after the prosecution and defense teams presented nearly six hours of closing arguments that focused on vastly different views about the circumstances that led to Floyd’s death in May outside Cup Foods in Minneapolis.

“Painfully earned justice has arrived for George Floyd’s family and the community here in Minneapolis, but today’s verdict goes far beyond this city and has significant implications for the country and even the world. Justice for Black America is justice for all of America. This case is a turning point in American history for accountability of law enforcement and sends a clear message we hope is heard clearly in every city and every state. We thank Minnesota Attorney General Keith Ellison and his team for their fierce dedication to justice for George. But it does not end here. We have not forgotten that the other three officers who played their own roles in the death of George Floyd must still be held accountable for their actions, as well.”

The jury in the trial of Derek Chauvin convicted the former Minneapolis police officer of murder in the death of George Floyd, a step toward finality in a landmark case that riveted a nation wrestling with the issues of police brutality and racial injustice it raised.

After deliberating for less than 12 hours, the jury returned its verdict Tuesday on Chauvin, a white former officer who was charged with manslaughter, second-degree murder and third-degree murder in the death of Floyd, a Black man. Chauvin, 45, could be sentenced to 40 years in prison.

The verdict was delivered to a city and nation on edge, with demonstrators outside the fortified downtown Minneapolis courthouse and law enforcement around the country bracing for widespread protests.

The harrowing death of Floyd in police custody May 25, captured on bystander video, led to massive protests across the U.S. — from Los Angeles to New York, Miami to Seattle — and in other nations. Young and old, people of all races and religions marched with the same mission: justice.

In the graphic video, which was presented as evidence during the trial, several bystanders urged Chauvin — who pressed his knee into Floyd’s neck for more than nine minutes — to stop applying pressure. Before his body went limp on the pavement, Floyd, 46, also pleaded with the officer, telling him he couldn’t breathe.

The thing that was so chilling about the George Floyd death scene was Chauvin’s defiant stare at horrified bystanders as he kneeled on Floyd’s neck.
Today, a jury stared back. Chauvin stands convicted of murder.
Justice was done.

I can’t handle all the praise for the Justice system on cable news right now.

They got this one right, and it’s a start, but let’s hold off on the praise until Black people getting justice is the norm.

My hands are literally shaking. #JusticeForGeorgeFloyd

It’s hard to imagine we’d have this verdict if not for Darnella Frazier, the 17-year-old girl who took out her cell phone and recorded Derek Chauvin killing George Floyd.

An 18-year-old with a cell phone is the only reason this happened.

Protesting last year into this year is the only reason this happened.

The amount of pressure and force required to get ANY sort of movement on this is impressive and heartbreaking at the same time.

.@SpeakerPelosi speaking at presser with CBC: Thank you George Floyd for sacrificing your life for justice…Because of you and because of thousands, millions of people around the world who came out for justice, your name will always be synonymous for justice.

FOX NEWS' GREG GUTFELD: "I'm glad that [Chauvin] was found guilty on all charges, even if he might not be guilty of all charges."
So much for truth & justice! ? pic.twitter.com/OI4LwP0meB