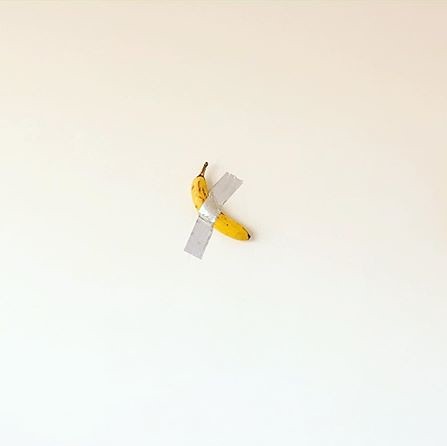 Disclaimer: The writer is neither an art connoisseur nor a regular reader of Vogue.

About a week ago, Art Basel Miami Beach displayed a work of art that had people admiring it, ridiculing it, laughing at it and, eventually, eating it.

It was the duct-taped-to-the-wall-ripe-banana production by Italian artist and “absurdist” Maurizio Cattelan, the same artist who in 2016 displayed a fully functioning gold toilet at the Guggenheim and called it America.

Cattelan’s banana artwork quickly went viral and created a frenzy in the art and non-art world.

It reportedly sold for $120,000 – before it was eaten by artist David Datuna who said he was hungry. Datuna “just went up, grabbed the fruit off the wall, and took a big bite.”

The banana was replaced and sold again.

How can that be, you ask?

In this case, you aren’t actually buying the work itself—it’s a banana. It’s going to rot. What are you buying, then? The certificate of art. Essentially you bought the idea rather than the object.

And, you ask, what happens when the banana starts to rot?

Well, silly, just duct-tape a fresh banana to the wall.

These and other more intriguing questions are answered by Elise Taylor in Vogue’s “The $120,000 Art Basel Banana, Explained.”

Taylor also suggests that anyone with basic motor skills, including a seven-year-old, “can tape a banana to the wall.” But, she adds, “this is conceptual art” and explains the concept that boils down to Cattelan seeking inspiration for a sculpture shaped like a banana, first trying it out in resin, then in bronze and finally settling for the real thing.

Well, I thought, if a seven-year old can do it, then surely an octogenarian can. And, voilà: Not just one banana, but two bananas (below), all going for a 1/120,000th of the price of Cattelan’s master piece. 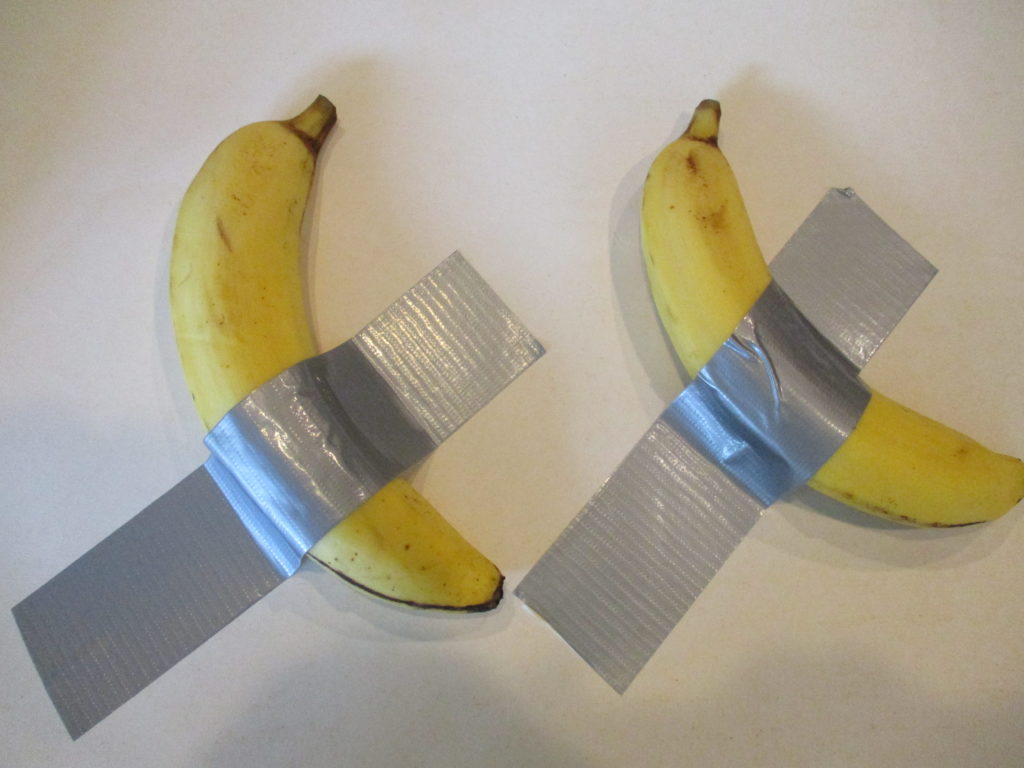 It would be an injustice to end this serious art critique without an equally profound and appropriate musical piece. So, here is Sesame Street’s “One banana, two banana…”