Posted on May 3, 2021
You are here: Home / Crime / Balance: A Republican View of the George Floyd Protests 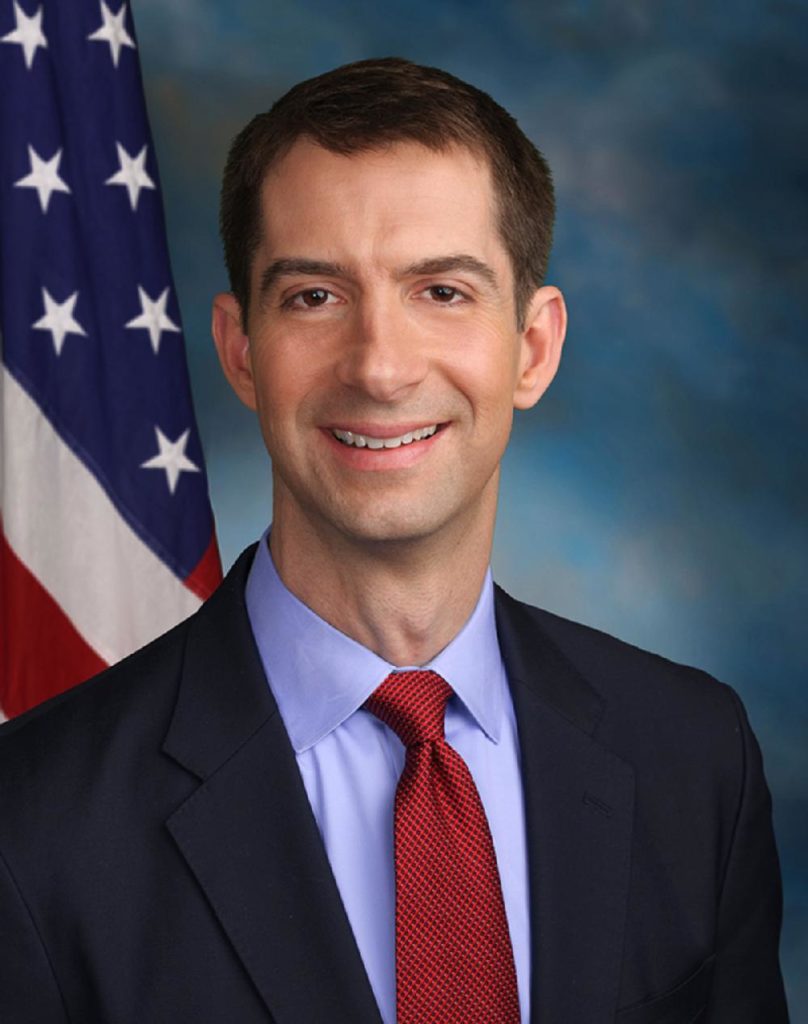 It has been mentioned – perhaps rightly so – that The Moderate Voice does not provide a balanced view of political issues.

Joe Gandelman has been posting political views of a group of Republican and Independent men and women whose mission is to hold “accountable those who would violate their oaths to the Constitution and would put others before Americans,” The Lincoln Project. Their latest video is at the bottom.

Tom Cotton a Republican senator from Arkansas recently wrote and Op-ed piece at the New York Times, which the Times titled, “Tom Cotton: Send In the Troops.”

While Cotton’s essay has met strong criticism from readers and will not appear in print (Another very controversial issue. Read the Editor’s Note here), it is only fair and worthwhile for our readers who do not have access to the Times to get a flavor of the senator’s viewpoints.

Because of copyright restrictions, it is not possible to post the entire op-ed. However here are some excerpts that hopefully convey the senator’s message:

This week, rioters have plunged many American cities into anarchy, recalling the widespread violence of the 1960s.

New York City suffered the worst of the riots Monday night, as Mayor Bill de Blasio stood by while Midtown Manhattan descended into lawlessness. Bands of looters roved the streets, smashing and emptying hundreds of businesses. Some even drove exotic cars; the riots were carnivals for the thrill-seeking rich as well as other criminal elements.

Cotton continues by describing the violence he has observed and poses:

However, the Senator says, “But the rioting has nothing to do with George Floyd, whose bereaved relatives have condemned violence. On the contrary, nihilist criminals are simply out for loot and the thrill of destruction, with cadres of left-wing radicals like antifa infiltrating protest marches to exploit Floyd’s death for their own anarchic purposes.”

Cotton then cites, “One thing above all else [that] will restore order to our streets: an overwhelming show of force to disperse, detain and ultimately deter lawbreakers.”

But, he says, although some governors have mobilized the National Guard – “yet others refuse” – and because in some cases the rioters still outnumber the police and Guard combined, “[i]n these circumstances, the Insurrection Act authorizes the president to employ the military ‘or any other means’ in cases of insurrection, or obstruction to the laws.”

Cotton then gives several examples of how “this venerable law, nearly as old as our republic itself,” has been exercised by presidents throughout our history “to protect law-abiding citizens from disorder.”

It does not “violate the Posse Comitatus Act, which constrains the military’s role in law enforcement but expressly excepts statutes such as the Insurrection Act,” Cotton says.

Cotton cites “a recent poll” that claims “58 percent of registered voters, including nearly half of Democrats and 37 percent of African-Americans, would support cities’ calling in the military to “address protests and demonstrations” that are in “response to the death of George Floyd.”

The American people aren’t blind to injustices in our society, but they know that the most basic responsibility of government is to maintain public order and safety. In normal times, local law enforcement can uphold public order. But in rare moments, like ours today, more is needed, even if many politicians prefer to wring their hands while the country burns.

Here is the Lincoln Project’s video:

CODA: The author has tried to faithfully — albeit in a condensed fashion — represent the senator’s views. However, readers are welcome to point out any inconsistencies or favoritism.