You are here: Home / At TMV / Bad-Joke Saturday Enough with the fussing about political issues. It’s time that we all take a comedy break.

So, for your amusement – or groaning – here are some bad jokes for you to digest.

After reading them, feel free to post your own bad jokes in the comments section.

A magician accompanied LeBron James to Looney Tunes Land for the filming of the movie Space Jam 2.

While there, the magician performed for all of the children. Bugs Bunny approached the magician and asked, “Would you perform magic for me and my pals?”

The magician replied, “Silly Rabbit, tricks are for kids.” 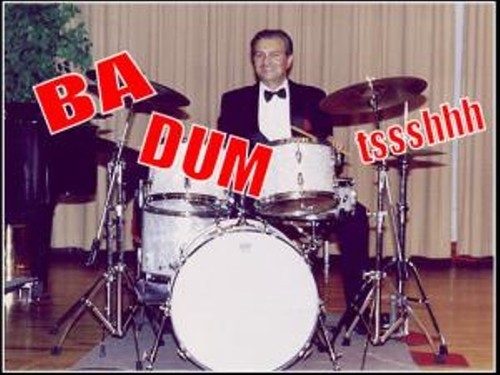 Upon her arrival, she watched others being given harps. 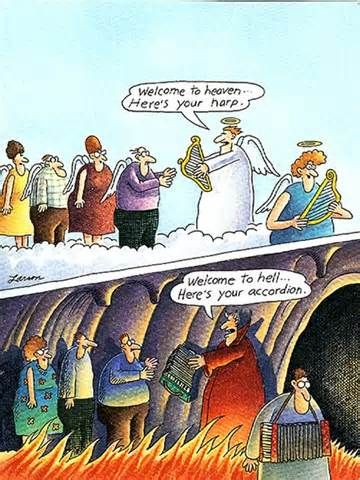 When offered a harp, too, Tina turned it down.

When asked why she turned it down, Tina sang, “Who needs a harp when a harp can be broken?” 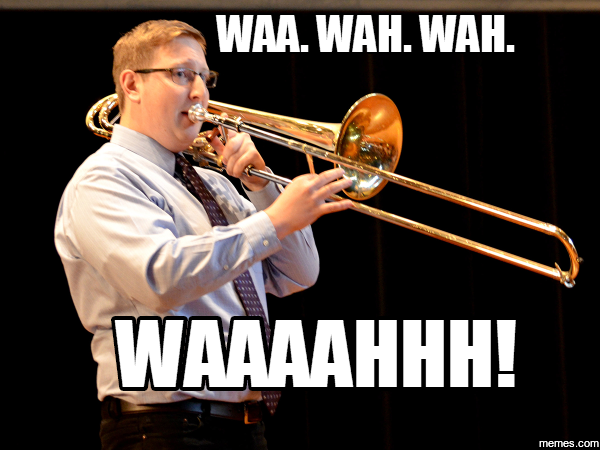 The day after Kermit the Frog’s 18th birthday, his mother shoved him out the front door of their house and said to him, “Now that you are an adult, go out and earn some money so that we can pay the bills.” 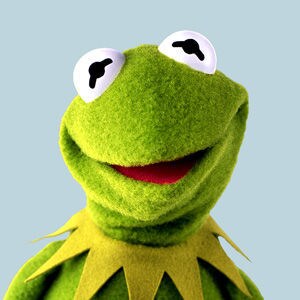 Kermit spent all day trying to earn some money but was unsuccessful.

Kermit slowly walked home, wondering how he would explain his failure to his mother.

Just then, he had a chance encounter with Miss Piggy.

Kermit asked her, “Miss Piggy, will you come to my house with me?”
She replied, “Of course I will, Kermie.”

A few minutes later, the two walked in the front door of Kermit’s house.

Kermit’s mother took one look at Miss Piggy and asked Kermit, “What is she doing here?”

Kermit replied, “You told me to bring home the bacon.” 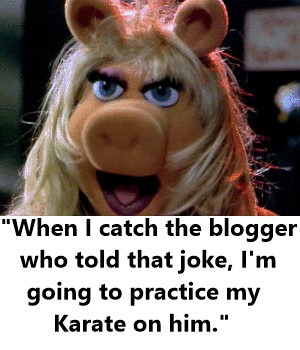 Thank you. I’ll be here all month. Try the veal.

Yeah, I know. I should keep my day job.

Now, it is your turn to tell a bad joke.
Please don’t make it political.
Americans have already elected enough bad jokes to public office.