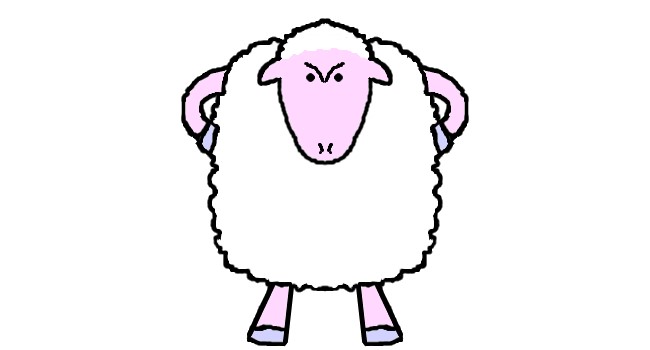 “Conspiracy Theory (CT) endorsers believe in an omnipresent, malevolent, and highly coordinated group that wields secret influence for personal gain, and credit this group with the responsibility for many noteworthy events.”

From psychiatrist Richard A. Friedman, M.D.:

“Our tendency to discern patterns and make sense of the world also makes us prone to cognitive errors, such as seeing connections between events when none exist. In fact, people who tend to see meaningful design in random events or stimuli are much more likely to endorse conspiracy theories than are those with less of this tendency—a bias, it turns out, we can be educated to resist. One study, for example, asked participants how likely they were to believe a common conspiracy theory … they asked the participants to rate the extent to which they believed that a random computer-generated sequence of coin flips (i.e., heads or tails) was fully random or fully determined.

Participants who were more likely to detect order in this random sequence were also more prone to endorse belief in conspiracies. The clear implication of the study is that having a strong bias to find structure and purpose in the world makes us susceptible to conspiracies because they give us a clear, if erroneous, explanation of how events fit together. The flip side is that most of us also have a strong aversion to seeing events as random and coincidental; we greatly prefer to think that occurrences (e.g., the pandemic) happen to us for a reason.”

“The first of these motives are epistemic motives. I guess in a nutshell, epistemic motives really just refer to the need for knowledge and certainty and I guess the motive or desire to have information…

The second set of motives, we would call existential motives. And really they just refer to people’s needs to be or to feel safe and secure in the world that they live in. And also to feel that they have some kind of power or autonomy over the things that happen to them as well. So again, when something happens, people don’t like to feel powerless. They don’t like to feel out of control. And so reaching to conspiracy theories might, I guess, at least allow people to feel that they have information that at least explains why they don’t have any control over this situation. Research has shown that people who do feel powerless and disillusioned do tend to gravitate more towards conspiracy theories.

And this is quite a common rhetorical tool that people use when they talk about conspiracy theories, that everybody else is some kind of sheep, but that they know the truth. They have the truth. And having that kind of belief, I guess, feeling that you’re in possession of information that other people don’t have, can give you a feeling of superiority over others. And we have found, and others have shown as well that a need for uniqueness and a need to have, I guess, stand out from others is associated with belief in conspiracy theories.” 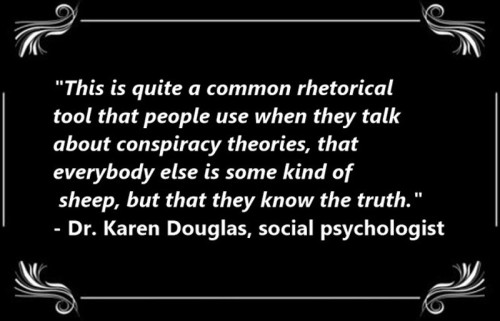 “You can’t really argue with people who believe in conspiracy theories, because their beliefs aren’t rational. Instead, they are often fear- or paranoia-based beliefs that, when confronted with contrarian factual evidence, will dismiss both the evidence and the messenger who brings it. That’s because conspiracy theories are driven by the people who believe and spread them and their own psychological makeup — not on the factual support or logical reasoning of the theory itself… Save your breath arguing with people who believe in them, as no amount of facts will dissuade them from their false belief.”