Posted on January 23, 2023
You are here: Home / Featured / Anti-vaccination anti-mask political activist leaders and talk show hosts dropping like flies due to Covid 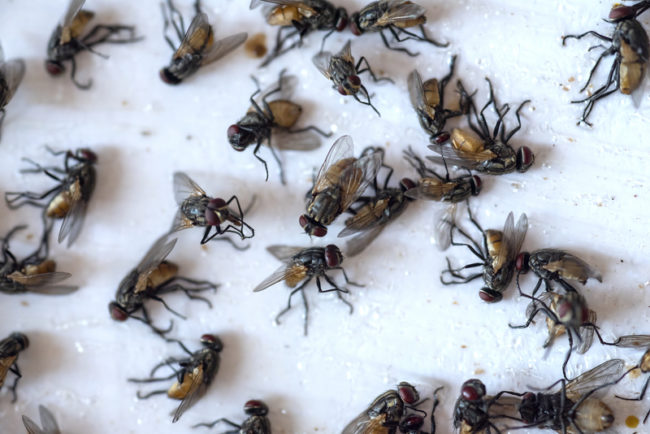 There’s a parade of stories about anti-vax activist leaders and right-wing talk show hosts dropping like flies due to Covid. These are the folks who’ve led rallies or, in the case of the talk show hosts, pooh-poohed or even opposed vaccinations and mask wearing. You can’t exactly call them “the best and the brightest.”

Each story is sad and alarming: how many of their followers and listeners took their lead and how many of them have or are the people how featured in news stories about the dead or dying? Many news stories report a dying person urging others to get the vaccine and npot make the mistake they did. These are sad stories about people (clearly misled by politicians and talk show hosts) who made their own fatefulyou-can’t-go-back-and-redo it choices.

(FOOTNOTE: The author had a very bad case of Covid in December but was not hospitalized and he would never wish this disease on anybody.)

Caleb Wallace, the co-founder of the San Angelo Freedom Defenders and West Texas Minutemen State Coordinator has died from causes related to COVID-19, according to an update on gofundme by his wife, Jessica Wallace.

“Caleb has peacefully passed on. He will forever live in our hearts and minds??,” reads the most recent update on the campaign that was set up to help Wallace’s three children and his wife, a stay-at-home mother who is expecting a fourth child in late September.

“This money is also going towards Calebs medical bills as they start coming in,” reads an update to the campaign’s description, “He’s now been in the hospital since July 30th and I know I must prepare for them as well. Gotta pray for the best and prepare for the worst.”

While Wallace had become a semi-regular feature in local news through his conservative activism, it was his battle with COVID-19 that garnered the national spotlight after his family’s struggle was featured in an article published in the San Angelo Standard Times on Sunday, August 22, 2021.

His organization of the “Freedom Rally”, a protest against state and local mask requirements during the summer of 2020 made him a figure of some prominence among those in the community who were opposed to mask mandates.

Wallace reportedly believed that vaccine mandates were also an infringement on people’s constitutional rights. In an article published in the New York Times on Friday, August 27, 2020, Wallace’s father attested to his son’s stance against vaccine and mask requirements, saying, “After watching all of the government’s efforts here, he decided he wanted to do something about it”

“I can’t tell the difference if I have freedom to breathe free air or breathe it behind… sucking air behind this thing,” Wallace said while speaking to local officials at a COVID-19 Update held by the City of San Angelo on November 13, 2020.

“My health has nothing to do with you. As harsh as that sounds, but our constitutional, fundamental rights protect that. Nothing else.” said Wallace.

“I’m sorry if that comes off as blunt and that I don’t care. I do care. I care more about freedom than I do for your personal health.”

And then there’s the sad story of Marc Bernier, the latest talk show host to pass away after using his mic to oppose vaccinations:

Yet another prominent conservative media voice has succumbed to coronavirus after arguing against public health measures like masks and vaccines.

After Bernier was hospitalized three weeks ago, WNDB-AM/FM operations director Mark McKinney said he didn’t know for sure if the host was unvaccinated.

“If you’ve listened to his show,” McKinney said, “you’ve heard him talk about how anti-vaccine he is on the air.”

Meanwhile, a hub of hypocrisy on vaccines is Fox News, where some of its hosts still do rants questioning the efficacy of vaccines when all Fox employees must wear masks in close quarters and report their vaccination status.

Additionally, the slew of stories about people who wouldn’t get vaccinated who issued “I should have gotten the vacccine” statements is depressing. It’s a case of political polemics trumping crticial health choices — a further indication of how 21st century politics, media and social media have undermined critical thinking.

And it’s not trending in a good direction as we head further into the 21st century.

Caleb Wallace, anti-mask and anti-vaccine activist, dies in hospital after attempting to treat his Covid-19 with ivermectin and vitamin D https://t.co/LJG9IYdrHt

There are now a half dozen anti-vaxxer talk radio show hosts who have died from COVID-19 after downplaying its threat to public health. They are joined by a growing list of anti-vaxxer activists and politicians dying from the virus after insisting it's not a threat.

In the wake of antivax talk show hosts dying of Covid, we can all now feel comfortable once again admitting that facts don't care about our feelings, without it turning into a Ben Shapiro joke! https://t.co/yIrqunnZi0

Fox News mandates employees to report their vaccination status, despite network stars like Sean Hannity and Tucker Carlson questioning the vaccine, according to an internal memo. https://t.co/VraZKjQfQs

fun fact: Fox News requires all of its employees to show proof of vaccination in order to enter their building 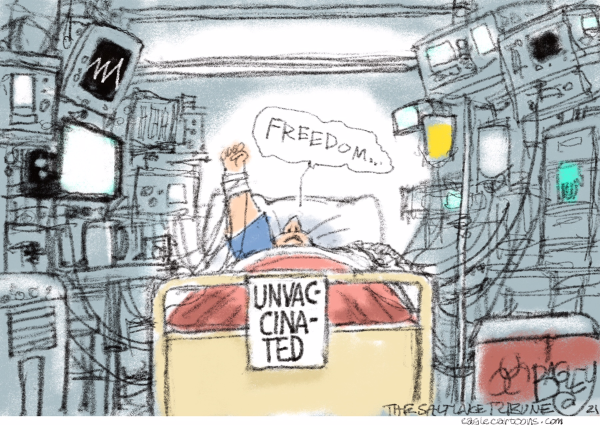 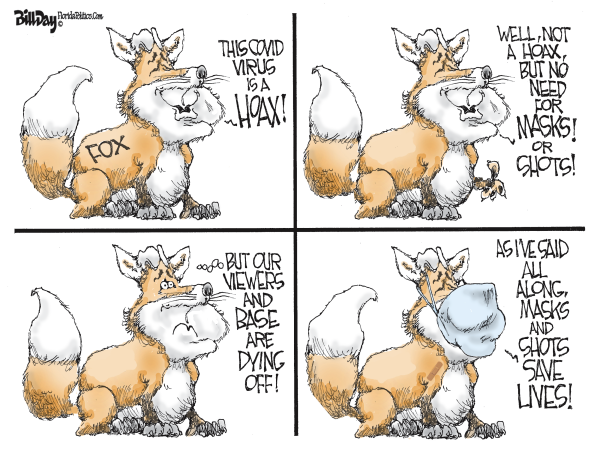