An Excuse to Attack Belief in God 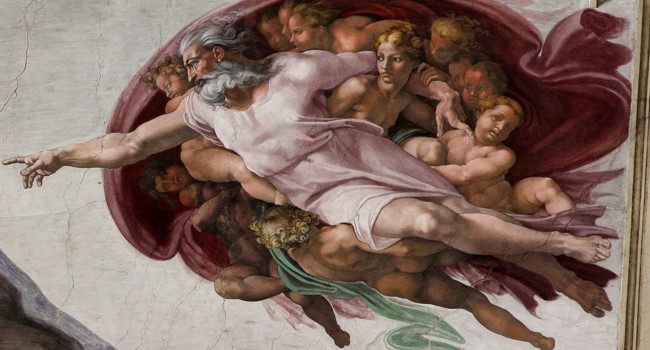 Some atheists are using Pandemic 2020 as an excuse to attack any belief in God’s existence.

Atheists doing the latter come across as tone-deaf bullies. What they are doing helps nobody.

Sure, some theists have acted foolishly during Pandemic 2020, but plenty of atheists and agnostics have done so, too.

A common refrain used by these particular atheists is, “Where is your God now?”

Frankly, that question cannot be answered unless one specifies which theists that one is referring to.

Is one referring theists who are Jews?

Is one referring to theists who are Christians?

Is one referring to theists who are Muslims?

Is one referring to theists who believe that Lucifer started out as the spirit brother of Jesus?

However, I can describe an approach to plagues that is common among theists who are Christians.

First, in Matthew 5:45, Messiah Jesus says that God the Father “causes his sun to rise on the evil and the good, and sends rain on the righteous and the unrighteous.”

In other words, God the Father did not design Nature to engage in religious discrimination. Plagues will strike people regardless what they believe about God. Thus, believers in Messiah Jesus are not exempt from plagues.

Also, the Christian faith does not claim that all believers on Messiah Jesus will receive miraculous healing should they become afflicted with COVID-19.

Sadly, way too many preachers have caused great harm by teaching a false interpretation of Isaiah 53:5.

That verse states, “He [the Messiah] was pierced for our transgressions, he was crushed for our iniquities; the punishment that brought us peace was on him, and by his wounds we are healed.”

That verse is talking about spiritual healing, not physical healing.

Yes, Bible is full of stories about people being healed of debilitating conditions. One of them was carried by four of his friends to meet Messiah Jesus. The man was healed but not because of any faith on his part. Instead, Jesus healed him because of the faith of the four friends.

In contrast, the Apostle Paul was full of faith in Messiah Jesus. Yet, God declined to give Paul the healing for himself that he requested.

So, how did Paul respond to not being healed?

“I will boast all the more gladly about my weaknesses, so that Christ’s power may rest on me. That is why, for Christ’s sake, I delight in weaknesses, in insults, in hardships, in persecutions, in difficulties. For when I am weak, then I am strong.”

According to the Christian faith, God doesn’t need all believers in Messiah Jesus to be free of physical problems in order for God to be glorified.

So, theists who are Christians have a good answer to the question “Where is your God now?”

Answer: God is still on his throne.

During a such a time as Pandemic 2020, Christians can repeat the proclamation of the ancient Hebrew prophet Habakkuk:

“Though the fig tree does not bud and there are no grapes on the vines, though the olive crop fails and the fields produce no food, though there are no sheep in the pen and no cattle in the stalls, yet I will rejoice in the Lord, I will be joyful in God my Savior. The Sovereign Lord is my strength; he makes my feet like the feet of a deer, he enables me to tread on the heights.”