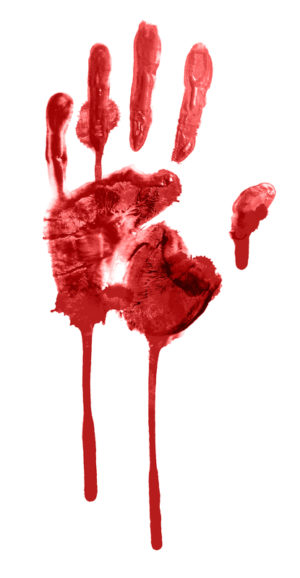 Being an outlier nation can be either good or bad depending on the issue in question. With high GDP or per capita wealth it is obviously good being an outlier in a positive direction as America is. In terms of income inequality being high, it’s bad to be an outlier. In a number of areas such as cost of health care, availability of child care and various social programs, America is a negative outlier. However, probably the worst aspect of American life where the nation is an overwhelming outlier is in the number of gun deaths and mass shootings, where no other nation in the world is even close to the mayhem seen in America.

In fact, the next ten advanced nations added together do not match the annual number of gun deaths in America. The reason for the excessive number of gun deaths is simple. America has more guns per capita than any advanced nation. Actually, there are more guns in circulation in the U.S. than the number of people. And not only are there more guns, people have access to automatic weapons and enlarged magazines to augment the number of bullets a weapon can fire before it has to be reloaded. This allows more people to be killed when a gunman decides that he wants to become a mass killer for one reason or another. (Women are rarely involved in mass shootings.)

Domestic terrorists associated with white nationalist groups are one of the sources of mass killers, usually aimed at minority groups. However, the two recent mass shootings in California show the disease has spread to Asian-Americans who previously might have been considered targets. However, the two largest groups of people involved in mass killings are mentally deranged individuals and criminal gangs, the latter often using guns to settle turf wars with other gangs. Domestic violence is another factor in mass shootings usually limited to family members.

Aside from mass killings, individual lives are often taken in criminal activities, personal vendettas, or from mentally disturbed individuals. There are also more gun deaths by suicide in America than in any other country. The answer to cutting down on the epidemic of gun deaths is straight forward: cut down on the number of guns. This is merely common sense, but the National Rifle Association, gun lobbies and right-wing zealots are opposed to any common sense measures to reduce gun deaths, claiming that “guns don’t kill people, people do.” They claim that the Second Amendment to the Constitution gives Americans the right to own an unlimited number of weapons of all types. However, the Second Amendment is ambiguous in its wording and could be interpreted in several ways, including that arms should be possessed by militia members. The Second Amendment was also written at a time when automatic weapons with extended magazines were not available and when ghost guns that are not registered could not be made by computers at home.

There is no reason for America to be an outlier with its number of gun deaths. Gun ownership should be limited to rifles for hunters and pistols for home self-defense, or for special situations to allow carry outside the home. The majority of Americans want automatic weapons, extended magazines and ghost guns banned and some surveys show that many gun owners feel the same way. But the power of the NRA, gun lobbyists and the right wing gun activists means that Americans will likely continue to kill Americans at an alarming rate and be an outlier in the civilized world.

But The Uninformed Voter on Amazon or Barnes and Noble