Posted by Guest Voice on Dec 1, 2019 in International, Politics | 0 comments 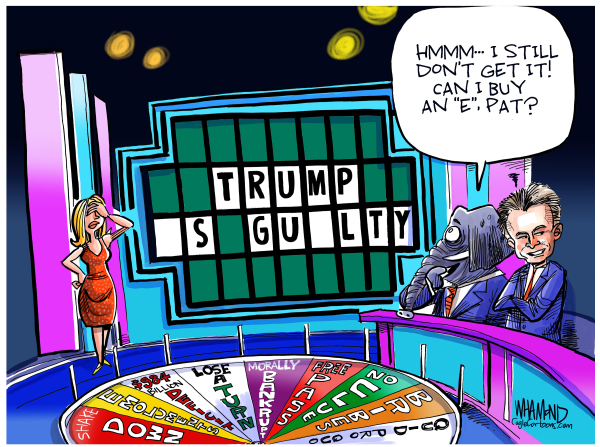 The Trump administration’s foreign policy, such as it is, has been described a lot of different ways. But one word that’s never been applied to it is “coherent.”

From Israel to Turkey, from Brussels to Beijing, and all points between, President Donald Trump’s White House has careered from one embarrassment to another, leaving world leaders shaking their heads in disbelief or resignation.

Appearing before the House Intelligence Committee last week, Fiona Hill, in a no-nonsense, entirely English way, crystallized the 45th president’s view of foreign policy: American diplomats are not there to advance the interests of the citizens of the United States of America or to ensure the nation’s security or stature on the global stage.

No, they’re errand boys out to do the narcissistic chief executive’s personal bidding – the long-term consequences be damned. That’s the real Trump Doctrine.

Hill drove home that reality in her description of European Union Ambassador Gordon Sondland, who lucked into his position because he’s a wealthy hotelier who gave Trump a sack of cash in 2016 and was rewarded for it.

Hill said she chastised Sondland in June for not coordinating with her on Ukraine policy. In the ultimate needle scratch, Sondland told Hill he didn’t have to because he was acting at Trump’s behest, even as he briefed Acting White House Chief of Staff Mick Mulvaney and former national security adviser John Bolton.

“He wasn’t coordinating with us because we weren’t doing the same thing that he was doing,” Hill told the House panel. “He was being involved in a domestic political errand. And we were being involved in national security foreign policy.”

An errand boy. That’s the Trump doctrine. American policy exists only to serve the interests of the Dear Leader. Not the worker on the factory floor in Wisconsin who’s wondering where all the manufacturing jobs have gone. And not the farmer in Iowa who’s sweating the fallout from the White House’s misguided trade wars.

I’ve written previously that the past two weeks of testimony have represented the triumph of the grown-ups. After three years of unrelenting attacks by the White House on our national institutions, such great patriots as Ambassador William B. Taylor Jr., former Ambassador Marie Yovanovitch, and Lt. Col. Alexander Vindman all stepped up to remind us that there are decent people in government who truly believe in the maxim that politics ends at the water’s edge.

The same could not be said of the committee’s Republicans, who, providing the clearest evidence yet that they’ve sacrificed patriotism for rank partisanship, responded in the way you’d expect: They attacked the witnesses’ credibility.

In a week of lows, that behavior plumbed new depths when Republicans attacked Vindman, who had a Purple Heart, earned for taking an improvised explosive device for his country while serving in Iraq, pinned to to chest of his dress uniform.

Unfathomably, GOP lawmakers implied that the decorated soldier was disloyal because the Ukrainian-born Vindman had thrice been asked by a Ukrainian official to serve as the struggling nation’s defense minister.

Vindman, who emigrated to the United States with his family when he was 3, told the panel he suspected the official was joking. Nonetheless, he declined – and reported the behavior to a superior.

And Trump, not one content to do something merely ham-handed when the truly offensive is available to him, blasted out a tweet attacking Yovanovitch during the middle of her testimony. And, in the doing of it, all but writing an article of impeachment on the House’s behalf.

And then, Sondland, apparently concluding that no amount of money was worth the spectacle he was required to endure, confirmed there was an explicit quid pro quo with Ukraine, and that it came at Trump’s behest.

“There’s no defense to any of it now, there’s nothing. What’s he going to say, the Devil made me do it? That’s what they’re left with,” Akerman told Newsweek. “There’s no good defense. There’s no good reason why he did this. It’s purely for personal campaign purposes.”

There were some “Godfather II” comparisons flying around official Washington this week as pundits stretched for a cinematic metaphor for the Trumpian drama – which also included the conviction of Roger Stone as a bonus subplot.

That’s a disservice to the Corleone family, who, while fictional, at least had the virtue of ruthless competence. The Trumps, while entirely real, are comically inept, and have the kind of consigliere they deserve in former New York City Mayor turned cable news firebreather Rudy Giuliani.

The other difference? “The Godfather Part II” was actually good. With any luck, and no matter what happens with the impeachment drama, we’ll be spared Trump, the sequel.