A SHOOTING ON FIFTH AVENUE 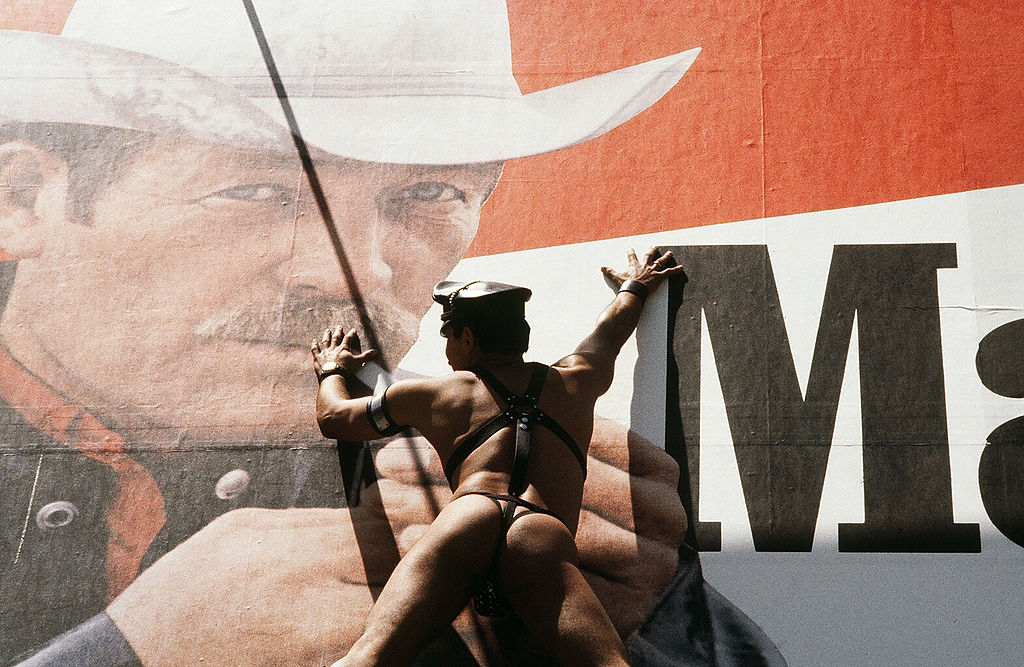 “The concept is very simple: there are three ways to react when faced with a decision: Yes, No, or Maybe. Marlboro does not believe in Maybes.” – Philip Morris International

These are the words of a man who knows his shit, because there are no maybes in Marlboro Country. There are only winners and losers. There are Republican presidents who are deciders who can run the country while chopping firewood on his ranch in Texas. And there are Republican presidents who are so unflappable that, when shot in the lung by an assassin, will brush it off by telling his wife, “Honey, I forgot to duck.” Let’s face it, Republican presidents are supposed to be manly men – Marlboro Men who love their horses first, their guns second, and their wives third. They exude the self-confidence of the Magnificent Seven. Can’t you just hear the theme music? Dun dada dun dada dun dada dundah… That stirring musical score introduced the rugged movie stars: Yul Brynner, Charles Bronson, and Steve McQueen. Bad asses with the true grit to kill the bad guys while protecting a helpless town of ordinary folk.

And then there’s Donald J. Trump – neither a particularly good decider, nor unflappable in any respect. He’s fat, he’s vain, he’s insecure, and he’s never ridden a horse. So, how did this version of Republicanism seize the reins and drive our 244-year-old democracy off the cliff? After all, the fundamental argument in favor of Republican presidents is that they’re tough, they’re armed to the teeth, and they have no problem telling an enemy intent on destroying America to tear down its wall – or else.

Trump regards himself as both a man’s man and a ladies’ man, but after four cringe-inducing years of public displays of neither, coupled with his astonishing lack of knowledge of anything that came before him or anything that will likely come after him, Trump is settling new territory for the Republicans. He has introduced a style of nihilism that oddly makes him tabula rasa for the ordinary town folk. He is a vessel to be filled by anyone longing for a voice, anyone longing to be acknowledged as important – but unwilling to make the effort. He is a collection of inchoate urges, a twisted Übermensch who has gone viral. He is everywhere. He’s in the Philippines, in Turkey, in Hungary, in Russia, in the UK, in Brazil, and in Saudi Arabia.

America was the last man standing after WWII, and it quickly moved to consolidate its position as a new empire by converting its military-industrial complex to the peacetime project that made consumerism our new economic model. That’s the way it has been for the last 75 years. We put a tiger in your tank, and the Maytag Repairman in your laundry room. But Trump makes it almost impossible to see how America has been shaped by the ruthless forces of capital and corporate managerialism because he’s all things to all people, a tabloid darling and a purportedly ruthless businessman. Democratic cries of class conflict and income inequality sound musty and covered with cobwebs when the Trump Übermensch is in the house.

And of all of Trump’s purported skills, the one he will be remembered for in history is his unique ability to market himself. He will become a political legend for his presidential marketing campaign known as Donald John Trump, Inc. The Marlboro Man is nothing but the vestigial remains of the Republican Party; the new avatar is Nietzsche’s, Zarathustra. Or at least that’s Trump’s advertising hook – a hook that even Mad Men, Don Draper and Draper Daniels, would envy for its audacity, for its political brilliance.

The image of the Marlboro Man, so beloved by the Republican Party of the past, was a creation of the Leo Burnett Co. Inc, of Chicago. Burnett was brand maker of The Pillsbury Doughboy, The Jolly Green Giant, Charlie the Tuna, and most splendidly of all, The Marlboro Man. Burnett’s chief creative star was Draper Daniels, the inspiration for Don Draper of Mad Men. Don Draper, whose backstory was that he was the guy who stole the dog tags off a dead buddy on the battlefield in Korea to adopt a new identity and sort of start anew with a clean slate – is hardly even satire in the Trump Age of Lost Innocence. While Donald Trump lacks Draper’s bloodless opportunism in war, it isn’t beneath him to call himself a “wartime president” now, even though he is directly responsible for the deaths of tens of thousands of lives lost during this pandemic. A breathtaking tragedy that he was entirely capable of protecting America from. No, Trump will not be known as a war hero like John Kerry or John McCain; he’ll always be remembered as Cadet Bone Spurs, the guy who stole the Marlboro Man’s Juju and proceeded to cause the worst massacre of ordinary town folks in American history.

Trump is his own brand, painstakingly crafted over decades of personal marketing. He was the locker room buffo with Howard Stern, and he posed as his own fake spokesman to the tabloids, calling himself John Barron, perhaps cheesiest alias ever concocted. (Although perhaps Lev Parnas’s, “Fraud Guarantee, LLC” deserves some sort of medal for meritorious achievement.) Trump’s brand casts him as so manly that his scent coupled with his raging libido is catnip for even the most ordinary looking woman sitting next to him on a plane. Iconoclast, pirate, tough-guy, and beefcake. The new Marlboro Man: the Trump Übermensch.

But Donald Trump’s macho, semi-barbaric persona is belied by his Pillsbury Doughboy body, and his sexual dynamism is belied by his wife’s vacant look of boredom and indifference – the strange vacant look of an opium eater stuck sitting at a banquette in a gaudy New York nightclub in 1983. A prophetess whose prescient words, “I don’t care. Do you?” are the new Voice of a Generation. The voice of vacuity.

The cowboy did the trick for Marlboro cigarettes and for the Republican Party. It played to the world’s longing for certainty in a time of rapid cultural change. Five of the men who modeled the Marlboro Man in advertising over the years died of cancer related diseases. The brand of cigarettes they represented became the most popular brand of cigarettes in the world, while they and their admirers died in droves.

We have been waging this war with Republicans for the last 70 years. A war between good government versus no government; a war between shared power versus unitary power ceded to the rich; a war between law and order versus a society red in tooth and claw. Trumpism is a dangerous shift for Republicans – a monster of their own making – and Donald Trump looks increasingly more like the psychopaths of 20th Century Europe than any Marlboro Man we’ve ever seen. We consider him silenced and defeated by this COVID-19 massacre at our peril.