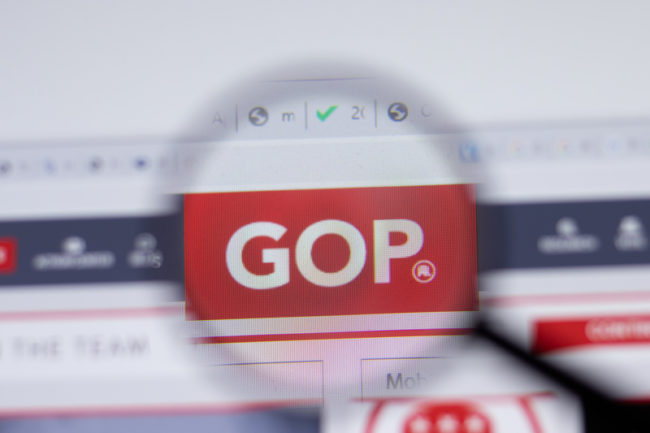 A new poll provides an eye-opening glimpse into the values and motivations of the modern Republican Party, and the cultural and political forces that will drive the party faithful to the polls on Nov. 8.

The latest American Values poll by the Public Religion Research Institute also zooms in on the views of white evangelical Protestants who backed former President Donald Trump in 2016 and 2020, and who continue to speak with an outsized voice in GOP politics.

“Approximately three-quarters of Americans agree that the country is heading in the wrong direction, but there is considerable division over whether the country needs to move backward — toward an idealized, homogeneous past — or forward, toward a more diverse future,” pollsters noted.

And while “most Americans favor moving forward, a sizable minority yearn for a country reminiscent of the 1950s, embrace the idea that God created America to be a new promised land for European Christians, view newcomers as a threat to American culture, and believe that society has become too soft and feminine,” pollsters further observed.

That’s borne out by the data: Republicans, and more specifically white evangelical protestants, were more inclined to say the country is headed in the wrong direction (93 percent for both), and that the culture of the country has gotten worse since the 1950s (71 percent for evangelicals), the data showed.

The data also reveal both a faith and racial divide on that perception: Majorities of white Americans (51 percent), white Catholics (53 percent) and white mainline Protestants (51 precent) also said the country has gotten worse since the 1950s.

Most disturbingly, but not surprisingly, since the sacking of the U.S. Capitol on Jan. 6, 2021, pollsters found that “people who agree that things have gotten so far off track that true American patriots may have to resort to violence in order to save our country are more likely than those who disagree with that statement to say the country has changed for the worse (71 percent vs. 43 percent).”

About a third of all respondents (31 percent) agreed with the unbiblical and ahistorical premise that “God intended America to be a new promised land where European Christians could create a society that could be an example to the rest of the world,” pollsters found.

That belief was stronger among white Christian subgroups, with nearly two-thirds of white evangelical Protestants (65 percent) saying newcomers are a threat, as did a slim majority of white mainline Protestants (53 percent) and half of white Catholics (50 percent), according to the poll.

Given these findings, it’s probably no surprise that just 19 percent of white Evangelicals agree that the legacy of slavery and decades of discrimination have limited Black Americans’ economic mobility. And despite mountains of evidence to the contrary, only 31 percent of Republicans say they believe Black Americans are more likely to receive a death sentence.

That makes a tragic kind of sense, with nearly two-thirds of Republicans agreeing that discrimination against white Americans has become as big a problem as discrimination against racial minorities. Six in 10 white evangelicals agree with the statement, as do 52 percent of white mainline Protestants and nearly half of white Catholics (48 percent).

And with all of that, nearly six in 10 Americans (58 percent) say white supremacy is still a major problem in the country, with agreement stronger among Democrats (86 percent) and independents (60 percent), compared to barely a third of Republicans (30 percent).

The poll’s findings have profound implications for American democracy, which already is under threat, with one party (and its most fervent adherents) opposed to the religious and cultural pluralism that has made the country stronger, and in denial of the larger demographic forces that are going to continue to move it in that same direction.

The nation has been through similar demographic shifts in the past, and came through them by recognizing — and embracing — the reality that our diversity makes us stronger, not weaker.