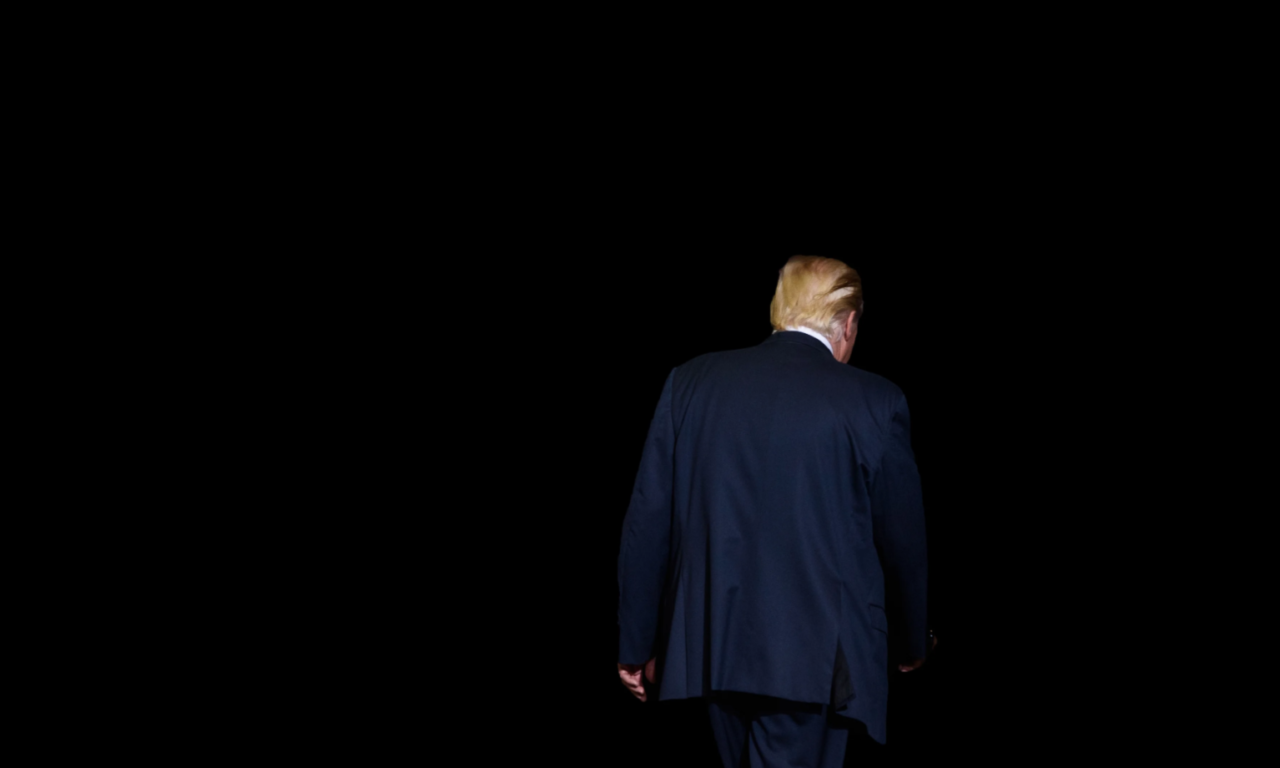 “Every robber or oppressor in history has wrapped himself in a cloak of patriotism or religion, or both.” – Eugene V. Debs, 1917

The Trump Administration has shaken the very pillars of our collective identity as Americans. America: “the envy of the world”. As Abraham Lincoln said 1862 in his closing remarks to Congress: “We shall nobly save, or meanly lose, the last best hope of earth. Other means may succeed.. this could not fail. The way is plain, peaceful, generous, just – a way which, if followed, the world will forever applaud, and God must forever bless.”

We are unquestionably “meanly losing” the last best hope of earth. We have used the myth of American decency to literally white wash the truth of our lived reality. We are a nation drowning in racism, and we always have been.

In 1865, America defeated the South and its institutionalized racism, but we never really earned our identity as “the last best hope of earth”. Our endemic racism is the stain that has defined our politics since then. It is our original sin. We have never succeeded in extirpating this scourge from our society, from our culture. In fact, young African American men now describe their lives in terms of being hunted by white racists who find a welcome home on American police forces – or lives subject to the torment imposed on them by white neighbors who use their entitlement to persecute their neighbors of color. Inequality in every aspect of their lives as American citizens is their lived reality.

The election of our first black President, Barack Obama, pulled back the curtain of our pretend virtue to reveal the savagery of America’s endemic racism. His election was preceded by decades of undermining good government, conducted by an inherently racist Republican Party. State gerrymandering, voter suppression, refusal to provide access to healthcare, regressive taxation to favor the rich, and the deregulation of whole sectors of the economy – were policies that worshiped at the altar of entitled whites and set the stage for the malicious whispered politics of Rush Limbaugh and Alex Jones.

But racism has always been at the heart of Republican politics. The politics of Barry Goldwater and his “Southern Strategy” was racism converted into a potent political tactic enshrouded in white supremacy and racial animus. The ‘benevolent’ Ronald Reagan – the beloved, jovial father of contemporary Republican Politics – marketed himself and his brand of conservatism as “the last best hope on earth”. But even as he was loved by Republicans for his benevolence and his supposed adherence to Christian virtues, his fundamental racism can be heard in a phone conversation in 1971 with the former Republican President, Richard Nixon, about what he really – they really – thought of black people: “To see those monkeys from those African countries, damn them,” Reagan said, to laughter from Nixon. “They are still uncomfortable wearing shoes.” Listen to the taped recording at: https://www.theatlantic.com/…/ronald-reagans-racist…/595102/ The recently released tape of Reagan’s chat with our other impeached president, Richard Nixon, demonstrates the duplicity, the sense of white entitlement that underlies the Republican Party – then, and of course, now. There is no daylight between the revered Ronald Reagan and the impeached Donald Trump because the Republican Party is a party of, and for, racists. Trump’s erudite, “shithole countries” is only the most recent expression of the GOP’s fundamental identity of a party of white supremacists. If anyone is contemplating voting for Donald Trump and his Republican Party after what we have endured in the last four years, then you are a racist…. full stop.

But, instead of launching counter attacks against this Republican racism – showing outrage at the notion of “Birtherism” – the American Democratic Party does absolutely nothing. Why?

As Tom Steyer just said in response to the on-going demonstrations throughout America: “Every one of us has a responsibility to speak up against the killing of George Floyd, Breonna Taylor, and too many others, and to address the conditions and policies that led to their deaths”. I would add to that, the racist behavior we have tolerated for the last 50 years is equally inexcusable. Donald Trump’s “birtherism” was met with absolutely no outrage. Ronald Reagan’s “welfare queens” slur was met with absolutely no outrage. The Democratic Party did not stand up and express outrage at the caging of children at our border. Nobody is willing to risk a political career in order to crush the NRA, and the majority of Americans who are outraged at the restored power of the anti-abortion movement feel helpless in the face of Republican tactics to deny women sovereignty over their own bodies. The Democrats have been cowed by this malevolent party for decades, and we have stood by as human rights have been chiseled away by a party that has always been intent upon turning America into a plutocracy – into a house divided.

The tragedy for all Americans is that this slow road toward autocracy has become a lurch toward a new American species of fascism. Perhaps we’ll retain our elections, but they’ll be of the Potemkin Village variety. We’ll possibly retain a judicial system, but it will, and to some extent already is, of the kangaroo variety.

But, worst of all, is the fact that we no longer sustain the illusion that we are a free and pluralistic society subject to the rule of law. Calling Republicans racist is now regarded by them as some sort of Medal of Freedom. They are right back to the bad old days of turn-of-the-century social Darwinism and resorting to demonstrations of brute force to solidify the power of their cruelty. They no longer even attempt to make a coherent argument in support of conservatism. Because there is none.

Here’s what I’d like to see as the Democratic response to this cultural implosion brought to us by the Republican Party. We can’t shame them by morally condemning them with accusations of racism – because that has become their identity. We can’t invoke their better angels because they have none. And certainly, Lincoln’s exhortation that a house divided cannot stand means nothing to a party intent upon dividing a nation.

I want to see demonstrations from now until November. I want to see marches and peaceful demonstrations by African Americans who feel hunted by white cops; by women who are enraged at the notion that some Neolithic white guy can tell them when and with whom she will have children; by workers who are forced to work in unsafe factories or lose their healthcare – their income; by a nation having to choose food for their families or death by a virus; and by Americans who fear their children will be executed by some infantile macho white guy with an automatic weapon intended for use in war zones.

But demonstrations alone won’t drain this toxicity from America, and if these demonstrations become riots, the Republican Party can roar back as it did in 1968 on a law-and-order platform. With all this “sturm und drang” that I have detailed, I genuinely think that Donald Trump is not a modern-day Godzilla. He’s actually a rather bumbling dufus – just a fat guy in a rubber suit.

So, what is a good tactic going forward? You may disagree, and I welcome your thoughts, but I think the Democrats should run on the mind-boggling incompetence of the Republican Party. Let the demonstrations rage on until October; it will only solidify the Democratic Party. But if Joe Biden runs on any one idea, it should be the blinding incompetence of the Trump Administration and the risible incompetence of the Republican Party – because Donald Trump’s handling of the coronavirus epidemic is unspeakably incompetent and contemptible – unpardonable and unforgivable. We are inured to his corruption, his sadism, and his anarchy. But the wreckage of our life, liberty, and pursuit of happiness at the hands of this man is a cosmic failure to lead, a level of incompetence that exceeds anything he has done before, no matter how cruel, no matter how corrupt, no matter how insane.

I would like to see Joe Biden announce his cabinet in September, and it should be comprised of his Democratic “team of rivals” – and marketed as such. We would be secure knowing that Kamala Harris will be America’s Attorney General; Elizabeth Warren will be America’s Secretary of the Treasury; and Pete Buttigieg will be our Secretary of Defense. And, I personally would like Joe Biden to name Stacy Abrams as his Vice-President because she is charismatic in a way that women of color and women in general can recognize – you know, the constituencies that we need to mobilize in order to win.

To lose over 100,000 American lives to an epidemic that could have been prevented with competent leadership is a crime approaching genocidal proportions. No country on earth has sustained such preventable death due to this virus, and no developed country has done so little to prevent these deaths.

Whether Trump’s incompetence is a function of staggering ineptitude, or whether it is part of a larger move toward fascism, is something that history will decide. But there is no ambiguity when the consequences of his failure to lead in this epidemic are considered. His incompetence caused the death of hundreds of thousands of American citizens, and this should be why he and his equally incompetent Republican Party should be removed from office in November.

It is manifestly clear that Donald Trump is not particularly bright, but he is the master dumpster diver of bad ideas. Scapegoating desperate émigrés from Central America – bad idea. Placing apparatchiks in positions of power – toadies like William Barr – to establish a mosh-pit of anarchy in the federal government – bad idea. Refusing to provide federal assistance to over 1 million Americans struck down by an enemy that invaded our shores – bad idea.

This regime is so inept – so transparently evil – that what has been pearl clutching for four years – as we watched whole sectors of our economy, our government, and our culture begin to be eroded – has now transversed the five stages of grief established by Elisabeth Kübler-Ross: denial, anger, bargaining, depression, and acceptance. We are now at the stage of blind rage because the consequences of this historic incompetence have emerged from the shadows of corruption and malfeasance. It has crushed our own self-image as one of the finest democracies in history, the envy of the world. We have suffered under the rule of this Pageant of Devils.

Trump and his party have delivered to us a literal plague; he has sought to restore the world Thomas Hobbes described in 1641 as: “a perpetuall warre of every man against his neighbour”; and he and his party have annihilated the institutional framework devised to sustain our 244-year-old experiment in self-government. And in so doing, they have consumed the solution our Founders devised to solve man’s fate as a never-ending bloodbath. The bottomless depravity of Donald Trump’s regime will earn them all a one-way ticket East of Eden. Let us win smart; not with riots, and not with heroic speeches invoking our better angels. Let us win by pulling back the curtain and revealing the true nature of this monster – a fat guy in a rubber suit.