Here is the full transcript of AG Billy Barr’s rejection of the Inspector General’s report that the FBI had done nothing wrong in opening an investigation into Russian interference in the 2016 election (warning, he uses his own “facts”):

Statement by Attorney General William P. Barr on the Inspector General’s Report of the Review of Four FISA Applications and Other Aspects of the FBI’s Crossfire Hurricane Investigation

“Nothing is more important than the credibility and integrity of the FBI and the Department of Justice.  That is why we must hold our investigators and prosecutors to the highest ethical and professional standards.  The Inspector General’s investigation has provided critical transparency and accountability, and his work is a credit to the Department of Justice.  I would like to thank the Inspector General and his team.

The Inspector General’s report now makes clear that the FBI launched an intrusive investigation of a U.S. presidential campaign on the thinnest of suspicions that, in my view, were insufficient to justify the steps taken.  It is also clear that, from its inception, the evidence produced by the investigation was consistently exculpatory.  Nevertheless, the investigation and surveillance was pushed forward for the duration of the campaign and deep into President Trump’s administration.  In the rush to obtain and maintain FISA surveillance of Trump campaign associates, FBI officials misled the FISA court, omitted critical exculpatory facts from their filings, and suppressed or ignored information negating the reliability of their principal source.  The Inspector General found the explanations given for these actions unsatisfactory.  While most of the misconduct identified by the Inspector General was committed in 2016 and 2017 by a small group of now-former FBI officials, the malfeasance and misfeasance detailed in the Inspector General’s report reflects a clear abuse of the FISA process.

FISA is an essential tool for the protection of the safety of the American people.  The Department of Justice and the FBI are committed to taking whatever steps are necessary to rectify the abuses that occurred and to ensure the integrity of the FISA process going forward.

No one is more dismayed about the handling of these FISA applications than Director Wray.  I have full confidence in Director Wray and his team at the FBI, as well as the thousands of dedicated line agents who work tirelessly to protect our country.  I thank the Director for the comprehensive set of proposed reforms he is announcing today, and I look forward to working with him to implement these and any other appropriate measures.

With respect to DOJ personnel discussed in the report, the Department will follow all appropriate processes and procedures, including as to any potential disciplinary action.”
Press Release Number: 19-1363

Your tax dollars at work. (You paid for it, you might as well see ALL of it.) 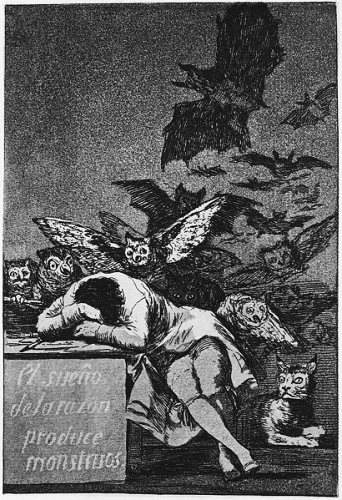 Hidden amidst the dry persiflage of this embarrassment to the long history of justice, law and jurisprudence in the United States is this sentiment, which I paraphrase:

I believe what I want to believe and the facts be damned.

We match this against Barr’s monstrous speeches to the Catholic faithful and the Federalist Society faithless and come up with this and THIS ALONE:

Given Barr’s implicit desire for a theocracy based only on HIS religious principles, the latter course is clearly what has been taken.

And we are faced with an attorney general and a GOP congress (if you suffered through the Republican monkey-house feces-throwing of the impeachment hearing today) that is MORE loyal to one extremely flawed man than to two hundred and thirty years of federal legal code. Of LAW.

The IG’s report is clear: the FBI was entirely justified in the Russia probe, and for a witch hunt, it caught an inordinate number of witches. Malevolent witches, that is.

The congressional stunts were clear: the occupant of the White House is guilty beyond a treasonable doubt, and the only “defense” is to place one’s fingers in one’s ears and loudly intone “LA LA LA LA LA I CAN’T HEAR YOU!” until the inconvenient truth goes away.

We are a house divided.

And you know what Lincoln said.