Posted on September 18, 2022
You are here: Home / International / WOMEN’S RIGHTS UNDER ATTACK WORLDWIDE 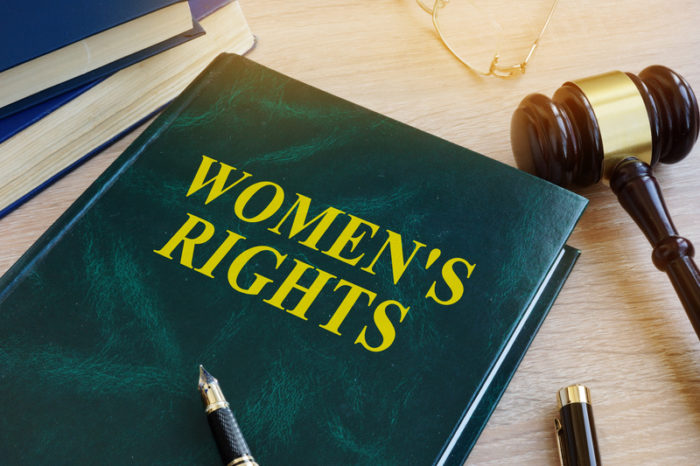 Even as more women appear to be participating in the political process worldwide and holding high offices, women’s rights in many nations appear to be under attack by the patriarchal order. This is true in both democratic and autocratic countries where men want the power to control women and their bodies.

The most obvious and brutal suppression of women’s rights appear to be occurring in nations such as Iran and Afghanistan. But it is true in all Muslim nations where men still rule the roost, allowed to have up to four wives and to determine where and when women my go to school, the jobs they hold, and even whom they may marry. Saudi Arabia recently lifted some of its most restrictive rules regarding women’s lives, but men still control women to a large degree.

In Iran, riots and demonstrations have erupted led by women in multiple cities protesting the death of a young woman who was arrested by the morality police because her hijab wasn’t covering all of her hair. Her captors claimed she died of a heart attack while imprisoned but there were signs that she was beaten severely. In response, women have been burning their hijabs, setting fires to police cars and demonstrating in the streets along with men. The Revolutionary Guards have reacted by firing against the rioters with live ammunition and tear gas, killing a number of them. The rules regarding modest dress and Islamic law have been promulgated by elderly hard line mullahs who will not give way to the women and the youth of Iran who want more freedom. Women’s lives in Iran are completely dominated by men in what can be called “gender apartheid.”

In Afghanistan, since the Taliban took control of the country, they have reneged on all of their promises regarding freedom for women. Girls can only go to primary schools with no further education, cannot pursue careers, need male chaperones when they go out, and have arranged marriages decided by their fathers. Their fathers or their husbands run their lives.

In the United States, a conservative Supreme Court in the Dobbs decision had six Catholic justices overturn precedent in delegitimizing Roe v Wade, leaving abortion law up to individual states. Subsequently, a number of states have restricted abortions with various laws, taking control of women’s bodies. A restrictive abortion law in Kansas was soundly defeated by referendum, but legislatures are fighting against referenda in other states to maintain strict abortion laws. Whether or not Congress will pass a federal law in the future to legalize abortion nationwide again depends on the make-up of the House and Senate. And the glass ceiling still exists in many US businesses though women have been slowly climbing the ladder.

In China, their one child policy per family was too successful and their population started to shrink. The law was subsequently modified to allow two or three children per family to stabilize the population and help the economy. But many women remain happy having one or no children because of the cost and the desire for additional freedom. The Chinese Communist Party is anti-feminism, believing that all ideology should come from the Party itself. There have been no women leaders of China since the Party took over in the 1940s with the Communists supporting the primacy of men.

In Mexico, one of the most violent states in the world, women are being murdered, raped and often disappeared in what is known as “femacide.” The perpetrators are rarely caught or brought to justice.

Trafficking of women for sexual purposes is rampant in Eastern Europe and parts of Asia, but is a problem in virtually every nation. These enterprises are often run by gangs or cartels controlled by men and can be quite profitable.

Various other nations have also been trying to suppress women’s rights, viewing women as baby-making machines and being unwilling to provide them with agency. This is most prominent in conservative or religious countries where men are accustomed to power and do not wish to see women with equal rights challenging them. Many men are afraid of women achieving equality or superiority and taking control of politics and businesses. At universities, women generally perform better than men and their life expectancies are greater in all economically advanced nations.

Buy The Uninformed Voter on Amazon or Barnes and Noble.

Ron DeSantis dropping migrants off on Martha’s Vineyard may be illegal – an immigration lawyer explains why
Activity: 4 Total