Posted on May 14, 2022
You are here: Home / Featured / Roe v Wade and American Secular Democracy 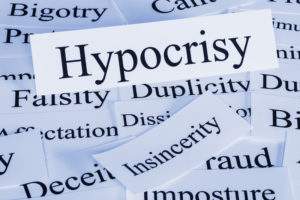 Is America a secular democracy? Is there supposed to be separation of church and state according to the Constitution? If both of these precepts are valid, which I believe they are, Roe v Wade should not be in question. Abortion is a secular medical and psychological issue which should be determined by individual women and their physicians. State governments, the federal government, or the courts should not be playing any role in telling women what they can or cannot do with their bodies. Are any of these institutions able to tell men with enlarged prostates whether or not they should be allowed to have them removed? Or should men with testicular cancer receive government permission to have their testicles removed and kill all their sperm which have the potential to produce life. Of course not. It is up to the individual man to decide what to do with his own body.

So should it be with women. Unfortunately, certain churches are against abortion, even if it occurs before the time of viability for the fetus. Actually, adherents to the Catholic Church and Evangelical sects are the driving forces trying to limit abortion. With political pressure, these church groups have been able to gain control of many state legislatures and the courts in an attempt to ban abortion. They have been successful in many states and it appears that the Supreme Court is about to overturn Roe v Wade and ban abortion. Even though churches should have no political roles according to the Constitution, a minority of people who are ardently religious are interfering in the affairs of the secular state to ban a procedure that the majority of Americans believe should be legal. In fact, it is much more than a majority. Recent polls have had Americans in favor of keeping Roe v Wade as it is in the range of two thirds, varying from 60 to 70 percent.

If religion were removed from the equation, there would be no conflict on the abortion issue. If Americans truly want the Constitution to be followed, and church and state to remain separated, they should allow the majority to rule and keep Roe v Wade as the law of the land. Opponents of abortion say that there was no mention of abortion in the Constitution and thus it is not a guaranteed right for women. But the First Amendment to the Constitution guarantees freedom of religion for all Americans and says that Congress shall make no law respecting an establishment of religion. One must assume that this is also true for all federal and state government bodies. Since prohibition of abortion is a religious issue that conflicts with the secular state, government should not pass any laws regarding abortion one way or another, as it should remain up to every woman to make a choice of what to do when she is pregnant on her own. Roe v Wade should have been considered unnecessary by the Supreme Court as the First Amendment already covered the right to an abortion.

Unfortunately, abortion has become an issue in America because some religions consider it immoral. Well, there is no reason that religious people who are against abortion have to submit to that procedure. But they should not be able to impose their will on the majority of the nation who believe that abortion is a woman’s right and up to each individual. The state should not impose religious values of a minority on all Americans, but should abide by separation of church and state.