Posted on September 14, 2021
You are here: Home / Politics / Advertising and False News 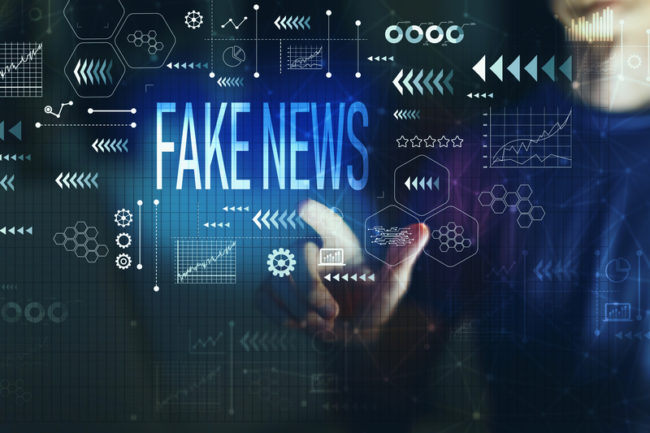 From the moment our parents allow us to sit in front of a television screen or listen to a radio, we are inundated almost continuously with advertisements trying to sell us various products. And during campaigns for elective offices, campaign managers and their staffs try and sell us on the virtues of the candidates they support or the vices of their opponents. The information we receive about both products and people may be valid, partially true, or false and it is usually difficult to differentiate. To capture our attention and obtain our votes for a candidate or a product, exaggerations or bald-faced lies may be utilized. And these may be repeated over and over again. Social media and the Internet reinforce false news by often allowing it to be repeated.

As difficult as it is for adults to discern what is true and what is false or exaggerated on TV, it is impossible for a child. Thus, children as they grow up start believing what they see on television or hear on the radio. Information that adults may question is accepted as true by youngsters because they saw or heard it repeatedly. This also happens with the news or with speeches given by politicians. Because of their lifetime exposure to advertising, many people in our nation cannot tell what information is real and what is fake. Politicians take advantage of this inability by propagating fake news which many Americans believe. This allows them to propose policies that mainly benefit the affluent people who fund them, though their ordinary constituents also think it helps them.

The biggest proponents of fake news have been Donald Trump and the Republican Party, pushing the theme that the 2020 presidential election was stolen from Trump. Republican politicians know this is a lie but continue to repeat this fiction, convincing their base that it is true and retaining the support of Trump. In a major disservice to the nation, many Republicans also have declared that the Covid vaccine is dangerous and that people should not be vaccinated. And large numbers of ignorant Americans have not received the protection of the Covid vaccination because they have believed those who claim it is dangerous, leaving themselves and their families unprotected against the virus. Americans have also been told that global warming is not real and nothing has to be done about it.

In addition to exposure to TV advertising of questionable validity, many of those who accept fake news never investigate information that may be questionable, but just accept it because it sounds credible and is from a media source that they trust. And besides, their friends and neighbors accept the information as true. However, a large proportion of Americans are misinformed or uninformed about news or politics and cannot be trusted to validate what is true or not. Whether advertising or supposed news, American citizens have to be more suspicious about what they see and hear and investigate whether or not it is true. www.robertlevinebooks.com Buy The Uninformed Voter on Amazon or Barnes and Noble