Posted by jdledell on Jan 1, 2020 in Holidays, Inspiration and Living | 0 comments

The True Spirit of Christmas 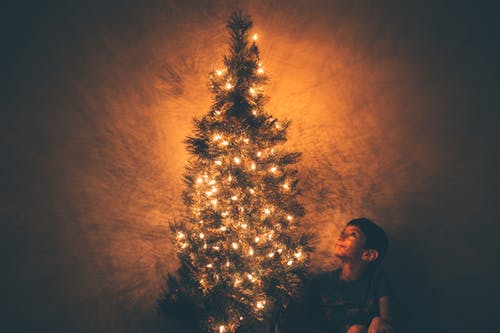 It all started innocently enough. Our local grocery story was offering a deal, spend $500 in December and get a free ham. No way I was going to turn that down. So the groceries were delivered and so was this strange looking hunk of meat, in a long sack about 4 feet long. Inside was my ham but it looked like the entire pig, minus the head and feet. When I called the grocery store to complain they said they gave the last ham they had.

I looked at this thing and wondered “How the hell am I supposed to cook this thing”. I thought it was going to be impossible so I drove over to one of my favorite charities, The Batterred Women’s Shelter of Basking Ridge. They declined since they were very short of volunteers for this week and did not know how they were going to cook that big thing. I drove home and figured out I could cut it into 4 big chunks and use every big cooking vessel I had. I called the Shelter and told them I had a solution and they said GREAT but they still needed a Holiday dinner for their guests,

So I started cooking, we have 4 stoves in the house, In addition to the Hams, I cooked 3 large pans of scalloped potatoes, 2 big pans of sweet potatoes covered by melted marshmellows, Green beans in a milk sauce covered with almond slices and a quick trip to the bakery yielded 5 apple pies. In a few hours everything was ready and loaded into our minivan and a quick call to the shelter told them their Holiday meal was on its way.

We were greeted by the entire staff and guests who off loaded everything quickly. It was then that the Director of the Shelter pulled me aside and said they had an even bigger problem. This is the time of year when the Shelter has more requests from women than they have the capacity to help. She asked if we could take in some of the women and their children. The Director knows from attending the twice annual fundraisers we hold for her organization that we live in a VERY large house. I told her we have 10 bedrooms and 10 bathrooms so we could take in quite a few.

So it was that 7 women and 9 kids jumped into the minivan for a trip home. The Director was very firm that we not leave until we had a police escort, She said that some of the men whose women were there were VERY dangerous. We were not to take matters into our own hands but call the police for help. Sure enough, the police stopped a car trying to follow us. When we pulled into our driveway, there was a police car waiting for us. The kids especially were fascinated by the Castle and wanted to explore. I said later, first lets get everyone settled.

The first thing the kids noticed was the Christmas Tree with a ton of presents underneath. We had gone to a local Walmart and ought dolls for the girls Tonka Trucks etc for the boys. Therre were presents for each kid since they had to flee their homes with only the clothes they were wearing. Each kid picked a toy and Amanda, about 9, picked a doll. She said the doll’s name was Amanda. She asked if she could sleep next to the Christmas Tree that night. I tried to convince her that a bed would be more comfortable. She was firm that no she had to be by the tree. I asked her why and she said” Amanda and I need to be loved and the tree gives us Hope. It takes a far stronger man than I am not to break down in sobbing tears at what this little girl said.