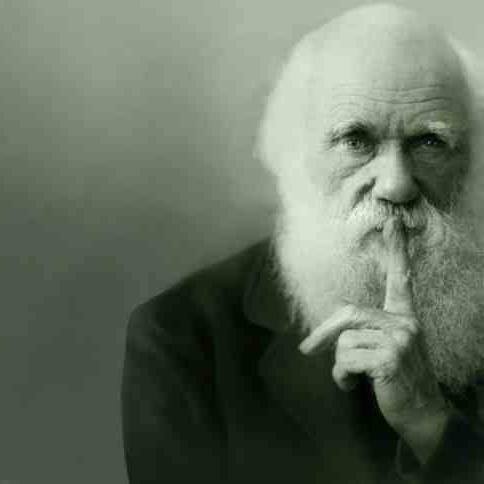 “There is grandeur in this view of life, with its several powers, having been originally breathed into a few forms or into one; and that, whilst this planet has gone cycling on according to the fixed law of gravity, from so simple a beginning, endless forms most beautiful and most wonderful have been, and are being, evolved.” – Charles Darwin, On the Origins of Species

The Great Winter is an origin story in Norse mythology, a creation myth that tells of the end of the world through a series of natural disasters and a great flood. It is both a retribution story in response to civilizational decadence and a story of renewal of life and the rebirth of civilization. It is our recurring myth of having another chance. This creation story is found in many other world mythologies and religions. It is known in the Judeo-Christian canon as the Genesis flood narrative and in the 2100-year-old Sumerian story of The Gilgamesh. Similar flood stories are found in the mythologies of Hindu, Chinese, Mesopotamian, and Mesoamerica canon, as well. Every Sunday we’re treated to a masterful retelling of the Norse myth, The Ragnarök, in Game of Thrones. As the last episode of GOT approaches, the question is whether the renewal of the world will be as predicted in the Norse myth, with the union of the two surviving humans, Líf and Lífþrasir – Daenerys Targaryen and Jon Snow – or whether it will end in an even darker way. Talk amongst yourselves.

These death and rebirth stories generally follow the progression of civilizations along the lines of Hesiod’s “Metallic Ages”, where their technological advances emerge from the use of increasingly durable metals. Valyrian steel in Game of Thrones isn’t just any old Iron Age metal, because it was forged in actual dragon fire, kills White Walkers, and could probably be used to land a spaceship on Venus without a scratch.

But just as these stories uniformly warn of the destruction of civilizations that have been corrupted by the follies of men, they invariably tell of a second chance where human civilizations, in spite of their previous depravity, are granted another chance to establish a renaissance of decency and peaceful existence.

Even though I love a good myth, I’m more of a Darwinian sort of thinker. So, what strikes me hardest is that ancient origin stories like the Ragnarök are essentially true. In reality, we have, indeed, been here before. The earth has undergone 5 great mass extinctions over its 4.5 billion years: the Ordovician-Silurian Events of 450 to 440 million years ago; the Late Devonian Extinction Event of 375-360 Mya; the Permian-Triassic Extinction Event of 252 Mya; the Triassic-Jurassic Extinction Event of 201.3 Mya; and the Cretaceous-Paleogene Extinction Event of 66 Mya. The Permian Extinction is known as “The Great Dying” because well over 90% of all life on earth died – true biological annihilation. The Cretaceous extinction is best known for the mass die-off of the dinosaurs. They were species that could not adapt to the absence of plant life, among other things. We wouldn’t have done well either.

We are currently living in the Holocene Extinction Period where the normal extinction rate – defined as the rate of species extinction between the mass extinction events cited above – is now 1,000 times that of pre-civilizational earth. And this current extinction of ours is entirely different from all the previous ones, because it is being caused solely by human activity – activities brought to life by: the greed of the oil and gas sector, the habitat destruction perpetrated by heedless and unregulated extractive industries, the corporate malfeasance of the Koch Chemical Technology Group, and the herbicides of Monsanto. Yes indeed, ironically, earth has become Roundup Ready. We over-fish the seas, build our homes on oceanfront meant to be nurseries for marine life, and drain or pave over habitats that host migratory species of birds. By the year 2100, human activities such as pollution, land clearing, and over-fishing may drive more than half of the world’s marine and land species to extinction – to biological annihilation.

So, scientists are telling us the truth. We are living in the 6th Mass Extinction Event in earth’s geological history; and yes, it’s entirely of our own creation. But, unlike Noah, and unlike The Ragnarök, the reality is that there are no gods to give us a second chance. We have made our bed, and now it appears that we will die in it. And the irony is that, like the dinosaurs, we’ll be the first to go.