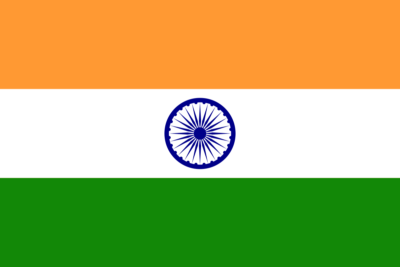 If our current trade war with China continues and escalates, we could be getting an economic divorce from China. Many pundits think that this divorce will plunge the world into a deep economic recession, but there are reasons to think that in the long run it could better for us.

When Nixon and Kissinger ‘opened’ China to the West in 1972 they based their negotiations on the following assumption. They assumed that introducing capitalism into China would lead to democracy; that economic freedom would automatically lead to political and social freedom. Now, almost 50 years later, we know that they were wrong. Communist China combined a centrally planned, socialistic, state-owned economy with a police state dictatorial government. All China has done since 1972 is replace the state-controlled economy with a private ownership capitalistic economy, and kept the police state dictatorship. Communist China is now Fascist China.

All the wealth that we have transferred to China in the last half century has helped the Chinese government become a more powerful dictatorship, perhaps the most powerful dictatorship ever. China shows no signs of becoming democratic; in fact it is moving further the other way. Do we really want to remain economically married to China? Perhaps not, especially given that a much more acceptable partner is available- India. India has demographic similarities to China. It is a huge country with a huge population and a huge middle class, approximately 350 million literate people. India’s average manufacturing wage is two dollars an hour, compared to China’s four dollars an hour, giving India a significant labor cost advantage.

However, it is the political differences that make India a much better economic partner.

India, a former British colony, has embraced both capitalism and democracy. India has been a democracy since gaining independence in 1948; China has never been a democracy. According to Freedom House India has regular fair and free elections at all levels of government. There are many political parties freely expressing their views. There is an independent judiciary, separate from the executive branch. There is an active free press. Indian citizens, including members of marginalized groups, have guaranteed freedoms and rights, including property rights and internet access without government censorship. India has no reeducation (concentration) camps for various ethnic and religious groups.

The Indian government and Indian companies are not in the habit of stealing intellectual property rights and trade secrets. China, on the other hand, has no elections, no political parties (other than the Communist Party), no independent judiciary, no free press, and no guaranteed freedoms and rights. China does have a huge system of reeducation camps, increasing internet censorship, and the Chinese government and companies regularly engage in intellectual property theft.

American companies are finally beginning to realize the dangers of staying in China. Even before the eruption of the current trade war, a number of American companies have already relocated, or were seeking to relocate their assets and investments out of China. Some are returning to the United States, but many are seeking alternative Asian partners. And, an additional reason to relocate is that democracies do not go to war against each other, so the United States is extremely unlikely to get into a war with India. China however, is increasingly aggressive militarily, regularly challenging United States Navy ships in the South China Sea, so the possibility of an event precipitating a war is high.

In summary, India is a much safer long term investment for American companies. Free and fair trade between countries only works if both countries abide by the same set of ethical rules, and it is more likely that we could manage to do this with India. It is in our self-interest to help India become stronger both economically and democratically. It is not in our self-interest, nor in the interest of global democracy, to help China continue to grow. China uses its wealth to dominate Asia and the Pacific region, and to export their version of fascism everywhere they dominate.