Posted on January 14, 2022
You are here: Home / Health / WHO warns of more coronavirus deaths as many Americans and others rage 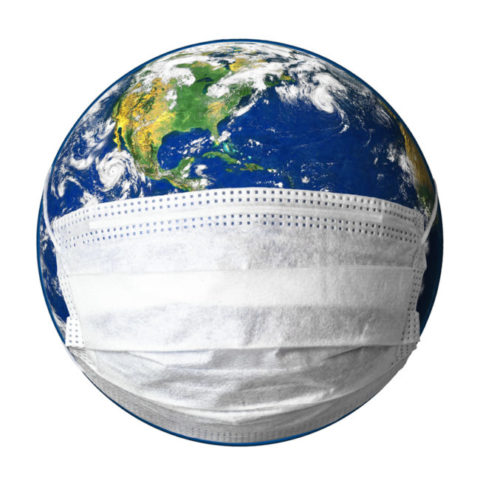 Heading into the holiday season, the COVID-19 pandemic continues to gather pace as a lethal menace worldwide and especially in the United States and Europe while many people rage against measures to slow it down.

Risks are worsening because large swathes of people remain unconvinced that the case for vaccine mandates, as decided by President Joe Biden and already obligatory in Austria, is clear and the utility of wearing masks is still being questioned.

The World Health Organization (WHO) warns that the pandemic’s death toll could reach a cumulative total of over 2.2 million people in 53 countries of Europe and central Asia, with 700,000 new deaths in the next four months.

The number of confirmed cases reported globally is now over 256 million and the cumulative number of deaths is more than 5.1 million, according to WHO figures.

WHO chief Tedros Adhanom insists that several measures, in addition to vaccination, must be taken together to control the pandemic. “No country can simply vaccinate its way out of the pandemic. It’s not vaccines or, it’s vaccines and. And it’s not just about how many people are vaccinated, it’s about who is vaccinated,” he says.

COVID-19’s relentless advance is causing loss of confidence in the Biden administration and almost all European governments and fueling rage. Thousands of angry Europeans and Americans are confronting riot police every day to protest obligatory vaccination mandates and other measures because of lack of conviction in their efficacy.

Worldwide, during the week of 15-21 November 2021 nearly 3.6 million confirmed new cases and over 51,000 deaths were reported to WHO, reflecting a 6% increase for cases and deaths as compared to the previous week. The European Region reported an 11% increase in new weekly cases.

But a larger basket of measures must be used. “We continue to recommend the tailored and proportionate use of testing, masks, physical distancing, measures to prevent crowding, improve ventilation, and more. And get vaccinated when it’s your turn. Every country must constantly assess its situation and adjust its approach accordingly,” Tedros says.

But the underlying failure is that the coronavirus surge remains a mystery, despite extraordinary amounts of investments in research and treatment. Very little about it is clear.

This is a reminder that vaccines do not replace the need for other precautions. They reduce the risk of hospitalization, severe disease and death. But they do not fully prevent transmission.

Thankfully, there is a fragile silver lining if it lasts. WHO says some world regions reported a decrease in COVID-19 infections compared to the previous week. The largest proportionate decrease was reported from the South-East Asia Region (11%), followed by the Eastern Mediterranean Region (9%). The African and the South-East Asia regions reported a 30% and 19% decrease in new weekly deaths. Meanwhile, the Western Pacific Region and the Region of the Americas reported relatively stable case incidence.

The pandemic’s persistence is becoming catastrophic for the world’s weaker countries. It has pushed at least 114 million people into extreme poverty, of which 57.8 million are women and girls. As health service workers, caregivers and essential service providers, women are at the forefront of the anti-pandemic fight but also the worst hit.

A separate United Nations report says the world’s most vulnerable countries are facing a lost decade. The economies of richer countries are already starting to recover but for many developing countries, economic output is unlikely to return to pre-pandemic levels until 2023.