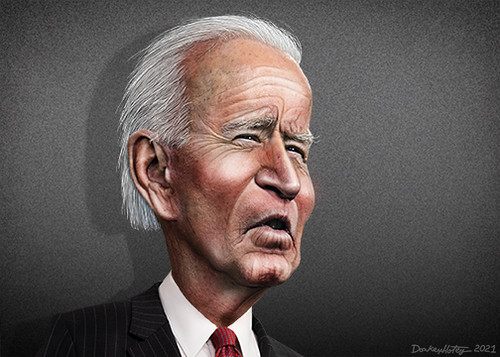 Unity is the state of being united or joined as a whole. Synonyms of unity are oneness, wholeness, union, unification, integration. Unifying is the process of consolidating into a unit, or unity. Why are these definitions important to recall now? Because Joe Biden has been talking about the necessity of unifying Americans ever since he started running for President. Unification is easy when people are essentially already in agreement, or close to agreement. Unification is not easy when people are widely divergent in their beliefs and opinions, as appears to be the case in the United States right now. If President Biden is serious about unification, he needs to start by espousing the following concepts.

A mutual recognition that both sides have something positive to contribute; neither side has all the answers. This is a form of respect that could lead to a willingness to withhold judgment and actually listen to the other side. This would allow the two sides to mutually engage in creative brainstorming to one, find common ground, and two, initiate negotiation about differences. Negotiation will inevitably lead to compromise, and compromise means that neither side will get everything it wants. A successful compromise occurs when both sides are equally happy, and equally unhappy.

Biden could broach these concepts during joint weekly meetings with Democrat and Republican members of Congress. This could have several positive effects. If respect is maintained or even increased, it would help to break down their Us versus Them mentality. During the meetings Biden could demonstrate to both sides that he is serious about achieving negotiated settlements. And by working together they could make progress on solving the country’s long-term problems. The success of these meetings would be more assured if the non-compromising extremists on both sides were not invited to these meetings. Once these meetings began to achieve results, perhaps constituent response would force extremists to reconsider their hardline positions and move in a more moderate direction.

What specific topics should be discussed? One, instead of trumpeting a Democrats-only initiated immigration plan, Biden should have revived the ‘gang of eight’ (four Democrat Senators and four Republican Senators) compromise immigration plan that was initiated but never passed in the Senate in the early 200s. He could co-champion the Romney Family Plan bill, which offers something to both sides. He could champion the Education for Democracy Act, introduced in the Senate jointly by a Democrat and Republican senator, which would provide funding for increased civics and history education.

Why would Biden even consider doing these things?

First, he has the reputation of being a moderate, so to be consistent he should act like a moderate. Second, an objective Joe Biden should recognize that he was lucky to be elected in 2020. The 2020 election was not exactly a ‘blue wave’ victory for the Democrats; both houses of Congress and the country itself are essentially evenly split. Third, if he does nothing that the 74 million Trump voters consider positive, they will support Trump again in 2024. Finally, it would be good for the country if someone was finally mature enough to govern from the center, which is where problems can actually be solved. •

So far Biden has not been the centrist moderate that many hoped he would be. So far he has played tit for tat: Trump tried to destroy everything that Obama did, so by golly Biden will destroy everything Trump did. So far everything Biden has initiated has come from the left. Yes, it is only a month into The Biden administration, but what presidents do in the beginning is often reflective of what they will do for their entire term. When will we ever get a truly centrist President?