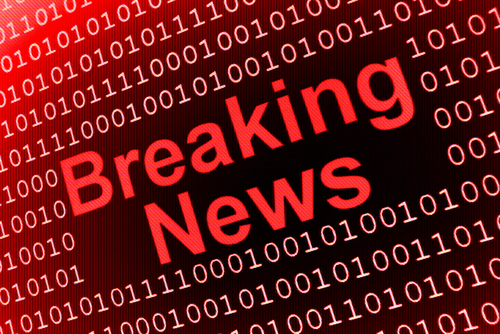 After a weekend when more demonstrations and looting spread in aftermath of the death of Floyd George, CBS News reports that in a teleconference with governors Donald Trump called governors “weak,” said they need to “dominate” protesters.

UPDATE: The Daily Beast has audio of Trump’s remarks to the governors. GO HERE.

According to CBS’s reporting based on an audio recording of the meeting — in other words, someone leaked it — Trump said law enforcement presence in Washington D.C. will increase today and he “said the protests are ruining the nation’s standing on the world stage. And he called on governors to pass new bans on flag burning, a constitutionally protected expression of free speech.” He said he plans to activate Attorney General William Barr “very strongly.”

Here are quotes from Trump from the CBS News report:

**”Washington was under very good control, but we’re going to have it under much more control.. “We’re going to pull in thousands of people. We’re going to clamp down very, very strong.”

**”You’re making a mistake because you’re making yourselves look like fools,” he told the governors at one point. “And some have done a great job. But a lot of you, it’s not – it’s not a great day for our country.”

**Trump said violence “is coming from the radical left — you know, it everybody knows it — but it’s also looters, and it’s people that figure they can get free stuff by running into stores and running out with television sets. I saw it — a kid has a lot of stuff, he puts it in the back of a brand new car and drives off. You have every one of these guys on tape. Why aren’t you prosecuting them? Now, the harder you are, the tougher you are, the less likely you’re going to be hit.”

**Trump said he was “shocked” many states hadn’t called up the national guard: “If you’re weak and don’t dominate your streets, they’re going to stay with you until you finally do it. And you don’t want it. Philadelphia, you’d better toughen up. Because what’s going on in Philadelphia, like New York, is terrible. It’s terrible. You’d better toughen — they’ll never leave. I know you want to say, ‘Oh, let’s not call up the Guard, let’s call up 200 people.’ You’ve got a big National Guard out there that’s ready to come in and fight like hell. I tell ya, the best, what they did in Minneapolis was incredible.”

Be sure to read the full article for reaction from the governors.

The report said one governor called Trump’s words and tone “unhinged.” It’s worth noting that this is a major leak. Someone in on the meeting felt it was important to leak the audio to CBS and CBS felt the quotes were important enough to report. This kind of a detailed leak doesn’t happen very often. Or, as some suggest, did the White House leak the audio?

UPDATE: CNN obtained and aired a portion of Trump’s comments. Go HERE to view the segment.