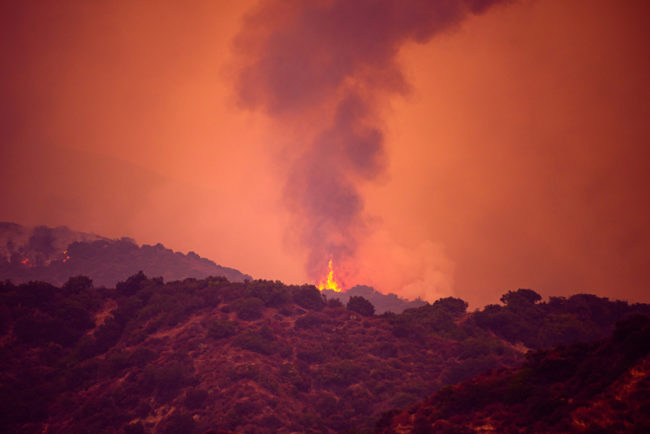 The Trump administration has reversed course on its controversial decision to nix aid for the massive wildfires that scorched nearly 2 million acres and turned many parts of California skies overcast, smoky and yellow.

Newsom tweeted Friday that he appealed to Trump during a phone call, and the president approved the disaster declaration after his administration initially rejected it.

“Grateful for his quick response,” the governor said.

Brian Ferguson, spokesman for the California Governor’s Office of Emergency Services, told the Los Angeles Times that the state did not ask for a specific dollar amount because it is still assessing the damage, but he said such aid could amount to hundreds of millions of dollars.

“The true cost won’t be known for months or years afterward,” he said.

California has had a record wildfire year, with over 8,500 blazes, more than 4.1 million acres burned, 31 lives lost and over 9,200 structures destroyed.

The original decision to turn down California’s request for aid sparked outrage in many quarters. Some tweets:

So… in order for California to get emergency aid from the federal government that trump was withholding, Governor Newsom had to call, beg and pay homage to god Emperor trump.#CaliforniaFires #GovernorNewsom
Fuck #TrumpCrimeFamily pic.twitter.com/HinYOH3n5l

The state had planned to appeal an initial denial from the Trump administration and believed it had a strong case. https://t.co/FnACwXtv15

Trump has FEMA deny the wildfire relief funds for California so he can swoop in and approve the funds.

For that matter he couldn't care less about anything other than himself https://t.co/8ttuYK6KO6

California Republicans: You guys cool with this???? https://t.co/vPJcTU1NP7

Trump denied the aid in a tantrum, and is now restoring it, only so that he can put his name on it to try to buy votes. He doesn't care about the people of California, other than hoping they are dumb enough to feel obligated to vote for him. https://t.co/il094l4wKj

California to Donald Trump: don’t let the Golden Gate hit you on the way out. https://t.co/WgEL1ebmAD