Categories Menu
Home » Parody » The Year 2019, for Better or for Worse… (With Video Update) 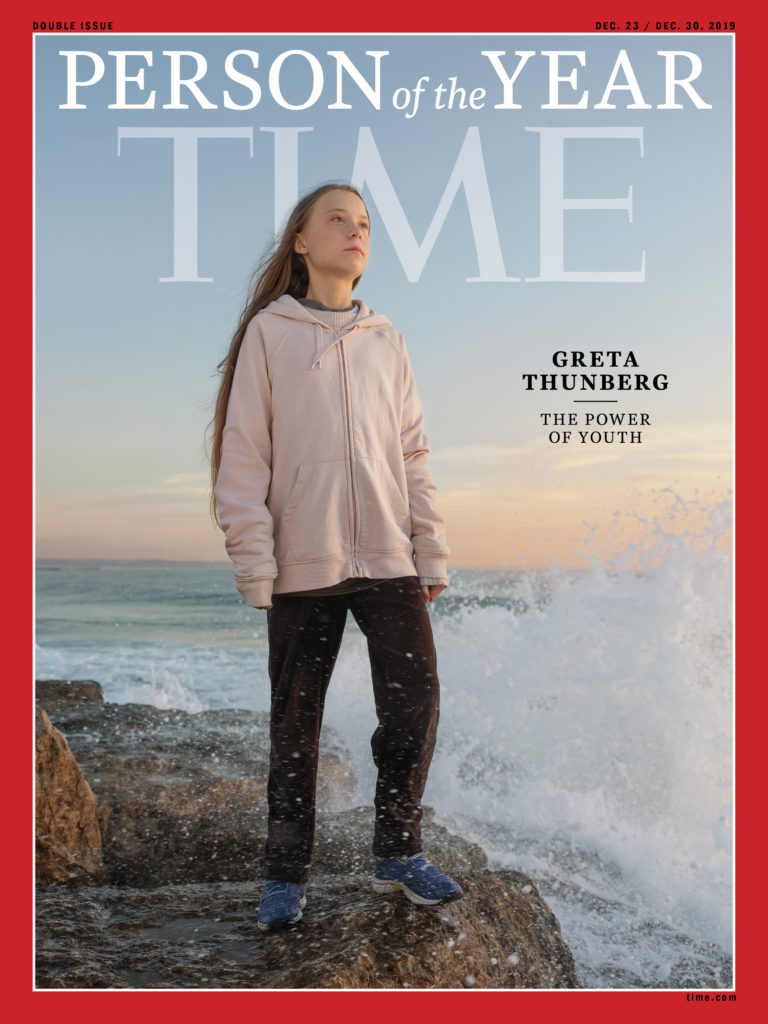 Came across a delightful video of a conversation President Obama had a couple of years ago with young Greta Thunberg. (Courtesy The Obama Foundation)

As we close out yet another tumultuous year, it is an appropriate time to consider the person who has been “both a snapshot of where the world is and a picture of where it’s going.”

What a better place to look for such a person than in TIME’s 2019, “Person of the Year” issue.

Alas, the liberal TIME Magazine has once again squandered the opportunity to fittingly select such a person by not naming our great president, the impeached Donald J. Trump, its 2019 “Person of the Year.”

Instead, TIME has named a 16-year-old kid, Greta Thunberg, its 2019 Person of the Year.

TIME’s 2019 Person of the Year is a kid, living with Asperger’s syndrome; a kid who “must work on her Anger Management problem…”; a kid who has been wasting her time on fighting climate change instead of, like other kids, going “to a good old fashioned movie with a friend!” A kid who just should “Chill…Chill!”

But no need to despair. A more reputable publication has, for the third year in a row, made the right choice and recognized Donald J. Trump as its “Person of the Year.”

According to The Borowitz Report , the popular magazine Popular Sociopath has bestowed that high honor on Donald J. Trump.

“Once a year, we at Popular Sociopath recognize the person who best epitomizes sociopathic-personality disorder, which manifests in antisocial behavior and a total absence of conscience and concern for others,” Harland Dorrinson, the magazine’s editor, said of its selection, according to The Borowitz Report, adding that “Trump bested a daunting roster of competitors for the title, including the Senate Majority Leader, Mitch McConnell; the Fox News host Tucker Carlson; and Trump’s own son Donald J. Trump, Jr.”

Like Popular Sociopath, we are also delighted that this honor has once again been bestowed on Trump.

To be fair, TIME could have issued a split “Person of the Year” cover depicting both Thunberg and Trump — in that order — since an updated criterion for selecting the Person of the Year is a person who “for better or for worse… has done the most to influence the events of the year,” respectively.

The criterion is “the person or persons who most affected the news and our lives, for good or ill, and embodied what was important about the year.” A lot of news is bad news and a lot of people who make bad news are very powerful people. TIME’s editors aren’t immune to that reality. Famously, they named Hitler in 1938 and Stalin in 1939 and again in 1942. These were men who had a huge impact, not just in those years but over the entire century. It’s easy to stand by those choices, looking back. Arguably you could do a bad guy every year and be justified.

Please read more about this amazing young lady whom TIME named its 2019 “Person of the Year” here:

“…An ordinary teenage girl who, in summoning the courage to speak truth to power, became the icon of a generation.”

Who “[by] clarifying an abstract danger with piercing outrage…became the most compelling voice on the most important issue facing the planet.

“An unlikely teenager [who this year] somehow got the world’s attention.”

We wish all our readers a Happy New Year, a year “for better,” and we deeply admire young Greta Thunberg and congratulate her for this honor.