Posted on September 13, 2021
You are here: Home / Arts & Entertainment / Sports / The Refugee Olympic Team: Bringing Inspiration and Hope to Millions

China, with nearly one-and-a-half billion people, is the largest nation (by population) competing in the Olympics, and Nauru, with an estimated population of 11,500, the smallest .

Not included in the count of nation states above is one “nation” whose people would probably much rather not be its “citizens,” but whose athletes – on the other hand — are mighty proud of representing it.

That “nation” comprises the between 64 and 82 million people around the world – the refugees, forcibly displaced people, asylum seekers — who have fled or have been displaced by war, violence, conflict, persecution or natural disaster in recent years. A “nation” of despairing people that — if it were to be called a nation state — would rank among the top 25 countries in the world, by population. Not a very favorable testament to the human condition.

That “nation” is represented in the 2020 Tokyo Olympics by the Refugee Olympic Team or EOR (based on the French name équipe olympique des réfugiés). A Team that is “sending a message of hope and inclusion to millions of refugees, and inspiring the world with the strength of their human spirit.”

In 2015, confronted with such a global refugee crisis, the International Olympic Committee (IOC) announced the creation of the Refugee Olympic Team. Working with National Olympic Committees, Olympic Solidarity and other organizations, it identified, recruited, trained and supported refugee athletes from around the world and qualified 10 of them — originally from Ethiopia, South Sudan, Syria and the Democratic Republic of the Congo — to compete alongside 11,000 world athletes in the 2016 Rio Olympic Games.

On July 23, the 2020 ROT, following the Greek Olympic Team, with heads held high and waving the Olympic Flag marched into the Tokyo stadium ready to once more become “a symbol of hope for all refugees in the world and [to] make the world better aware of the magnitude of [the refugee] crisis.”

The 2020 Tokyo ROT boasts members from 11 countries, adding Afghanistan, Cameroon, Eritrea, Iran, Iraq, the Republic of Congo and Venezuela to the 2016 Rio team. Readers will recognize these countries from recent headlines of civil war, oppression, conflict or other security failures.

.
The 29 members of the team are competing in 12 sports. Among them: athletics, swimming, boxing, cycling, taekwondo, weightlifting, and wrestling.

Among them is Kimia Alizadeh who became Iran’s first female Olympic medalist when she won a bronze medal in taekwondo for her country in the 2016 Rio Olympics. She is now back in Tokyo, but this time as part of the ROT after fleeing Iran in 2020. She fled her native country after “questioning the treatment of female athletes in the country on her Instagram account” and calling herself “’one of the millions of oppressed women in Iran’ who was just a ‘tool’ used by the country for medals,” according to one source. 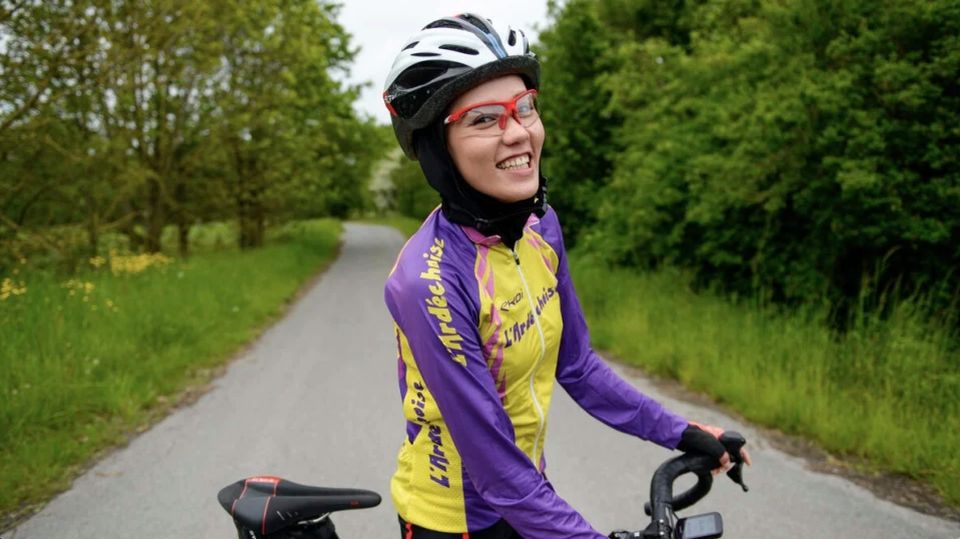 Also, Masomah Ali Zada (above), who fled her home in Afghanistan to escape the Taliban and found safety in France where she could freely pursue her passion, cycling. She is now participating in that sport in the Tokyo Olympics where, after completing her cycling time trial, she said, “No matter where I finished I’ve given hope and peace to 82 million refugees across the world. Dreams can come true” 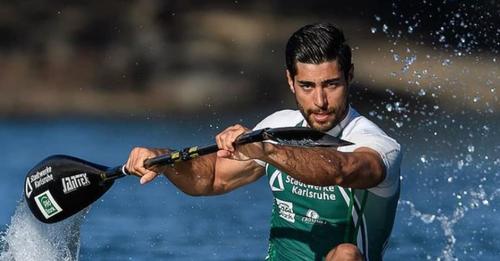 And Saeid Fazloula (above), another Iranian who had successfully competed previously under the Iranian flag as a canoeist, but left his home country after receiving death threats because of a photo he shared on social media. After a treacherous journey through the Balkans, he eventually found refuge in Germany. In Tokyo, as part of the ROT, Fazloula placed fourth in the third quarterfinal of the men’s kayak single 1000 m, event.

Finally, Yusra Mardini, a competitive swimmer in Syria who fled the war ravaging her country with her sister in 2015. She swam for hours in open water to reach Greece while helping to save other lives. She eventually resumed her swimming training in Berlin, participated in the 2016 Rio Olympics as part of the 2016 ROT and is competing in the 100 m. butterfly and freestyle swimming events in Tokyo.

There are 25 more stories to be told.

Read some of them along with the accomplishments thus far in Tokyo on the Olympic Team FaceBook page here and at the International Olympic Committee Newsroom ROT page here.

While the 29 Refugee Olympic Team members – as of this writing – have not won medals, they have certainly won millions of hearts and minds and have been an inspiration and hope for the tens of millions of refugees in the world.

International Rescue Committee “Why is there a Refugee Olympic Team?”