Posted on June 16, 2021
You are here: Home / Featured / The Israeli-Palestinian War: A Personal Reflection 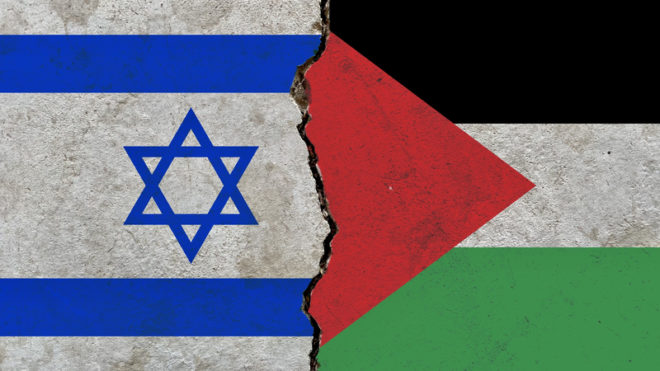 SAN DIEGO — A friend asked what is my reaction to the current war between Israeli Jews and Palestinian and Israeli Arabs.

It’s painful to watch. I imagine every other Jew and every Arab feels exactly the same way.

I’ve long held to the theory, probably just a fantasy, that Jews and Palestinians are cousins many, many generations removed. I believe in my heart that we once were of the same family, practicing similar, if not the same, religions in the ancient land of Israel.

And so, I suspect, DNA testing probably would show that we Jews and Israeli/ Palestinian Arabs carry the same distinctive familial genes, which makes this war and all the ones previously a form of fratricide.

I’ve heard all the wounded cries on both sides about who is at fault, and who has suffered more. And I sigh deeply and wonder why we can’t end this unproductive argument, agree to accept one another, and build a harmonious society together.

If I could have my druthers, when this bloodshed is once again ended in a tense ceasefire, the Israeli government–as the representative of the stronger of the two sides–would undertake a charm offensive, telling the Arabs in and outside Israel’s borders that we Jews respect them, that we wish to live in harmony with them, that we are willing to address their grievances, and look deeply into our hearts. And the Israeli government should express the sincerest hope that the Arabs can bring themselves to do the same.

I know that this won’t be easy. Look how divided our own country is, even without the long history of mutual bloodshed. Making peace is never easy. But the French and the Germans were able to do it after generations of warfare, so it is not impossible. We Jews believe we have been given a mission to be a “light unto the nations” — a mission that is dependent upon our principled, compassionate conduct toward those other nations. What better places to start than here in the U.S. and in Israel itself?

Call me a hopeless idealist, but I believe some day–with good will on both sides–our family can be reunited.