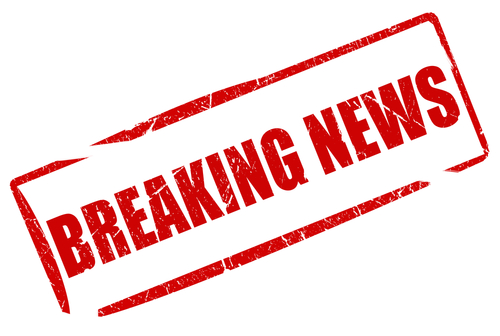 The Supreme Court today gave the green light for a Manhattan prosecutor to subpoena Donald Trump’s tax records and for now nixed Congress getting a hold of them. That case they’ve referred back to lower courts.

The bottom line? It was a massive 7-2 defeat for Trump. The decision rejected Trump’s claim of having absolute immunity while he’s in office and involved the two Supreme Court justices put on the court by him voting against him. It’s unlikely the content of Trump’s financials will become public before the November presidential election.

The Supreme Court on Thursday rejected President Trump’s assertion that he enjoys absolute immunity while in office, allowing a New York prosecutor to pursue a subpoena of the president’s private and business financial records.

In a separate case, the court sent a fight over congressional subpoenas for the material back to lower courts because of “significant separation of powers concerns.”

“In our judicial system, ‘the public has a right to every man’s evidence,’” Chief Justice John G. Roberts Jr. wrote in the New York case, citing an ancient maxim. “Since the earliest days of the Republic, ‘every man’ has included the President of the United States.”

In both cases, the justices ruled 7 to 2, with Trump nominees Neil M. Gorsuch and Brett M. Kavanaugh joining the majorities. Justices Clarence Thomas and Samuel A. Alito Jr. dissented.

In one of the most anticipated rulings on presidential privilege in years, the justices by a 7-2 vote ruled the nation’s chief executive is not above the law and must comply with legitimate demands from a grand jury in New York that was investigating Trump’s alleged hush money payments to two women who claimed to have had sex with him.

Trump had sued to block the subpoenas and claimed that as president he had an “absolute immunity” from demands for personal or confidential information.

“We reaffirm that principle today and hold that the president is neither absolutely immune from state criminal subpoenas seeking his private papers nor entitled to a heightened standard of need.”

In a related case involving a similar subpoena from House investigators, the court also ruled the president did not have immunity. But justices vacated the House subpoenas, saying lower courts failed to properly balance the legal and constitutional questions raised by the request. They sent the matter back to lower courts for review.

Although the decisions were a defeat for Trump, there is a bright side for him. Chances are high that the details of his finances will remain a secret from the public since grand juries operate confidentially and rarely leak. Had House investigators received Trump’s records, it would have been far more likely that some or all of the information would have leaked before the November election.

And exactly when the documents must be handed over is unclear. The court said Trump could still fight their release by raising other issues.

Mr. Trump immediately attacked the outcome on Twitter. “This is all a political prosecution.

“Courts in the past have given “broad deference”. BUT NOT ME!” he wrote.

…The court’s decision was a major statement on the scope and limits of presidential power, one that will take its place with landmark rulings that required President Richard M. Nixon to turn over tapes of Oval Office conversations and forced President Bill Clinton to provide evidence in a sexual harassment suit.

One of the cases concerned a subpoena to Mr. Trump’s accounting firm, Mazars USA, from the office of the Manhattan district attorney, Cyrus R. Vance Jr., a Democrat. It sought eight years of business and personal tax records in connection with an investigation of the role that Mr. Trump and the Trump Organization played in hush-money payments made in the run-up to the 2016 election.

Mr. Vance expressed satisfaction with the ruling in his favor. “This is a tremendous victory for our nation’s system of justice and its founding principle that no one — not even a president — is above the law,” he said in a statement. “Our investigation, which was delayed for almost a year by this lawsuit, will resume, guided as always by the grand jury’s solemn obligation to follow the law and the facts, wherever they may lead.”

"But that argument runs up against the 200 years of precedent establishing that Presidents, and their official communications, are subject to judicial process, see Burr, 25 F. Cas. 34, even when the President is under investigation, Nixon, at 706."
– Supreme Court today https://t.co/XEa0wgh1CS

Court ruled that no President is above the law and Congress has the right to scrutinize them – and then postdated it for Biden.

Roberts' opinion against Trump on the tax subpoena reads like one for the history books – a lush recounting of Aaron Burr's treason trial; all the Presidents who *cooperated* where Trump fought and ran – Monroe, Ford, Clinton, Nixon (ultimately).

Someone check on whoever paid off Kavanaugh’s debts. They’re having a bad morning

they're all laughing at you @realDonaldTrump

Opinion penned by Chief Justice Roberts is 7-2. However, the opinion was 9-0 on the holding that absolute immunity is not necessary or appropriate under Article II or the Supremacy Clause.

Trump this hour on Twitter: “…I have done more than any President in history in first 3 1/2 years!"

On MSNBC, @neal_katyal just said the NY grand jury could indict Trump before the election and thinks everybody is getting this wrong.

(I have no idea if that's true, just noting one important dissent to the fast-forming consensus.)

Speaker Pelosi: "The Congress will continue to conduct oversight For The People, upholding the separation of powers that is the genius of our Constitution. We will continue to press our case in the lower courts."

What Trump is really upset about is that SCOTUS has ruled that hanging onto the presidency, which Trump has viewed as a necessity to keep him out of legal trouble once he leaves office, may not protect him. Even if he wins in November, he's not above the law.

This dope isn’t happy. I wonder why? It’s bc he knows these decisions are a huge loss for him. He was really banking on the Absolute Immunity nonsense. No one is above the law. Not even POTUS. He’s going to prison because he’s a traitor. #Covid_19 #BountyGate https://t.co/1No8Kkjt5M

If a four-year-old threw a tantrum over a court case, it would look exactly like what's happening on Trump's twitter feed right now.