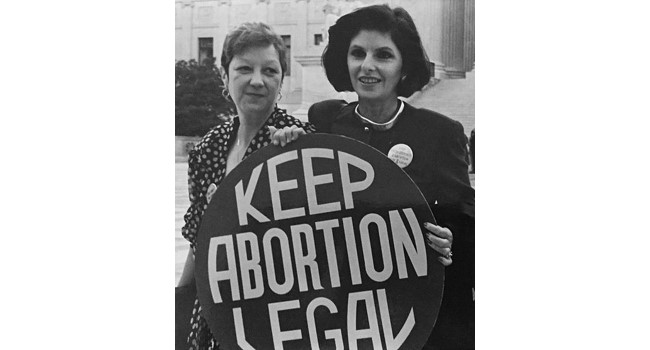 Now that Roe has been overturned, people opposed to that decision have some thinking to do. So do people who favor the decision.

First Up: Women with unwanted pregnancies aren’t necessarily responsible for those pregnancies.

The U.S. Centers for Disease Control and Prevention report “that almost 3 million women in the U.S. experience rape-related pregnancy during their lifetime” and “Of women who were raped by an intimate partner, 30% experienced a form of reproductive coercion by the same partner. Specifically, about 20% reported that their partner had tried to get them pregnant when they did not want to or tried to stop them from using birth control. About 23% reported their partner refused to use a condom.”

So, what are people opposed to legal abortion going to do for women who were impregnated by rape?

Let’s try another question: What are people opposed to legal abortion going to do about their male relatives who impregnate women by rape?

Next Up: The use of contraceptives reduces (if not eliminates) unwanted pregnancies.

The use of contraceptives is not banned by Christianity or Judaism or Islam or Sikhism or Buddhism or Hinduism or Taoism or Confucianism.* So, will opponents of legal abortion support the expansion of the availability of contraceptives and the ease of obtaining them?

Furthermore: As of 25 June 2022, the U.S Census Bureau estimates that there are over 7.9 Billion people alive on planet Earth.

So, what are opponents of legal abortion going to do to make planet Earth more sustainable for such a large Human population that continues to grow?

Finally, people who favor reproductive rights have the task of scrutinizing any political proposal that contradicts those rights.

To be blunt, plenty of Americans act as if they want the USA turned into a theocracy of their liking, which is why they are determined to control what women do with their bodies.

*Before writing this blog post, I researched the various religious beliefs about the use of contraceptives.

As it turns out, the use is not banned by Christianity or Judaism or Islam or Sikhism or Buddhism or Hinduism or Taoism or Confucianism.

Granted, some Christian clergy read into the Bible a ban on birth control.

Disclaimer: This post’s featured image is a famous image pertaining to abortion, which is why it is being used. The image itself does not indicate what I personally believe about abortion.

Also, regardless of what I personally believe about abortion, I am adamantly opposed to using the muscle of the government to force people to conform to religious rules pertaining to personal behavior.

To be frank, the Bible does not tell believers in Messiah Y’shua (Jesus) to turn their nations into theocracies.