Posted on May 6, 2021
You are here: Home / Book Reviews / Racism and Literary Censorship 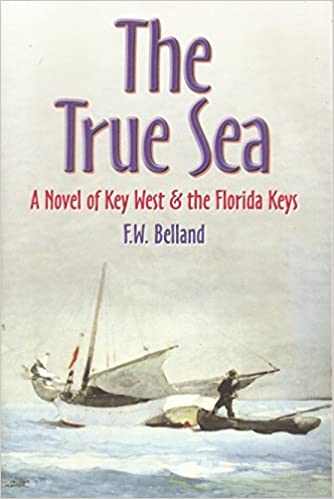 This is a gem of a novel, but like Mark Twain’s Huckleberry Finn before it, schools and libraries may ban it because it uses the “N-Word” in portraying relationships between Whites and Blacks in the Florida Keys in the early 20th century.

The fact that the novel’s protagonist, a White boy named Arlis, protests against senseless discrimination — even as Huckleberry Finn defended his friend Jim — makes no difference to some guardians of public morals. The use of the N-word, even to show how stupid and destructive it is, may make the book taboo for many.

Today, there is a move afoot to eliminate various vestiges of America’s racist past, not only in the literary world, but also in the nomenclature of schools, military posts, public buildings and in deciding who deserves to be depicted on public statues

I believe that drives like these, which even find expression in seeking to delegitimize such national heroes as George Washington, Thomas Jefferson, and James Madison because these 18th Century figures owned slaves, as well as Abraham Lincoln because of his hostile actions toward Native Americans, are simply the wrong approach to improving race relations in our country.

Few among us, regardless of our race, religion, sexual orientation, gender, national origin, or other personal characteristic, can claim that every moment of our lives we have acted towards everyone else without ever having a mean, negative thought about them. I know that as a Jew, for example, I tended to bristle whenever I heard the German language spoken, equating it with the Holocaust. I had to overcome this instinct by instructing myself on a research trip to Germany that most citizens of that nation today are ashamed of the Hitler era, even suffering guilty feelings for the misdeeds of the generations that preceded them.

I believe that White Americans also are evolving. Slavery and its child, racial discrimination, are an anathema to most — but not all — of us, and while we may not understand fully what it feels like to be Black in America, we can nevertheless empathize. Following the murder of George Floyd, Whites and Blacks marched through the streets of cities across the nation demanding justice. And, it is both Whites and Blacks who are ready to do so again and again, whenever necessary.

This consciousness is not the result of the so-called “cancel culture” but rather came about through honest discussions and portrayals of racism in the news media, social media, and in the entertainment media, which helps us put ourselves in the places of those who suffer the lash of discrimination and hatred.

So, back to The True Sea, a novel in which a young man grows up in the Florida Keys during the coming of the railroad that connects Key West, Florida, to Miami on the mainland. While for some, the railroad means progress, and the chance to sell even more of the pineapples grown on an intermediate island, for Arlis it means the deterioration of life on land. A true boater , he dreams of some day being able to sail away from the land, and live idealistically on the difficult but uncorrupt sea.

Developing his competence as a sailor, he wants to enter a race with his “Uncle Jake,” an elderly African-American who had worked for Arlis’ grandfather and role model, Cap’n Ben, and looks after Arlis’s alcoholic father. Jake, who helped Arlis reconfigure his boat to improve its speed, sadly tells the boy that he can’t sail with him, especially in a race which they might win. White people wouldn’t like it, he explains. Arlis is incredulous, even trying to persuade Jake that whatever White people may think about Black people, Jake is different. Jake knows better.

Arlis asks Jo, who he likes despite the fact that she is a girl, to be his crew. She turns out to be an excellent sailor. Although they give a good account of themselves, Arlis is disappointed with the race’s outcome. It has been spoiled by the same kind of corruption symbolized by the railroad.

In this well-crafted story, we see Arlis and Jo growing into adulthood; their true feelings for each other repressed. She marries a mutual friend of theirs and for a long time, Arlis stays away from the Keys. When he returns, he finds that life under the sway of the railroad has only gotten worse.

While the ending of this novel seemed a bit fantastic for my taste, author Belland clearly knows sailing and the history and culture of the Florida Keys intimately, and thereby provides the bulk of this novel with the verisimilitude that makes it such a strong read.