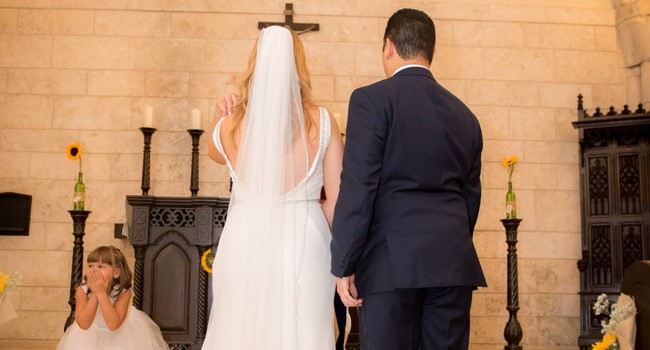 According to western lore, the month of June became a popular month for European weddings because June was the one month of the year during which people smelled their best.

Allegedly, Europeans did not takes baths until the late Spring. Even when they did, the freshness did not last.

So, if one wanted to have a wedding attended by guests, then one held the wedding after everyone had bathed and before everyone started stinking again.

As an insurance policy against noticeable body odor, freshly-cut flowers were used lavishly so that their smell was stronger than that of the bridal party.

Why else would the bride cling to a bouquet of flowers while wedding vows were exchanged?

So, is such western lore true?

The month of June gets its name from the Roman goddess Juno, whom ancient Romans believed to be the protector of legally married women.

Having one’s wedding in June was a way to honor the goddess.

Europeans did enjoy baths and made use of public bath houses.

Then the Bubonic Plague arrived and changed people’s opinion about public baths.

“Hence, bathing, particularly at bathhouses, became connected with the spread of diseases.”

Now that routine bathing is en vogue, having weddings in June is not necessary, but there is no harm in continuing the custom.

“Arranged marriages are often cited when discussing the origin of the wedding veil. When daughters were considered a commodity to their family, a marriage was a way of sealing agreements between families and increasing assets. A Bride and Groom would likely meet for the first time on their wedding day, at the altar. The veil was used to obscure the bride’s features, only being lifted after the marriage ceremony was completed. This was to keep the groom from backing out from the deal if he didn’t like what he saw.”

Granted, nowadays, a groom can always consult with his groomsmen before saying, “I do.”