Posted on May 6, 2021
You are here: Home / Featured / Our Society Will Be Judged By How We Treat the Migrant Children 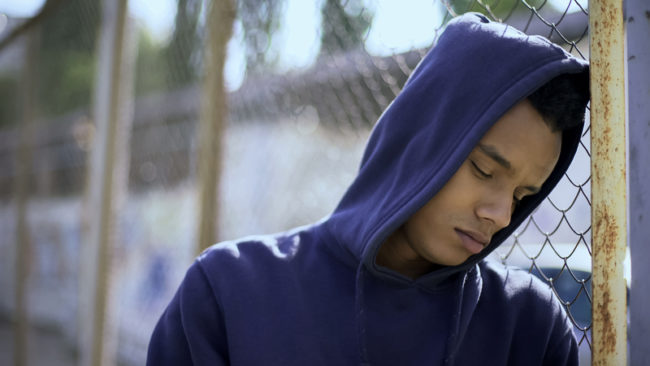 Children have crossed borders with and without their parents since the beginning of our history on this earth.

Jesus fled with his parents, in the dark of night, when faced with sure death. Moses’s mother placed him in a basket and released him into the Nile in a desperate attempt to keep her child alive. As recently as 2005, a 30-year-old Mexican mother, Lucresia, hired a smuggler, but he left her and her two children alone in the desert and she died with the children in her arms.

Today’s children from the Americas are no different. They face persecution and danger, so their parents send them north on a dangerous journey, and smugglers take advantage of them. We know this, and thousands of these children die.

As time has passed, it has become more difficult to cross modern borders as inhumane and oppressive laws multiply and many of us would rather look away. We do not seem to be willing to admit own role — the role of our collective foreign policy — in creating the conditions that are forcing these children to leave the land and families they love.

In the countries these people are fleeing, there is no longer work or food, shelter or safety, peace or prosperity, only nightmares and despair, starvation and famines, gang violence and wars, and ultimately death. Why else would they make such a desperate gamble with their own flesh and blood?

Yet, as once again these children are appearing at our doorstep, whether drawn by the shining city upon the hill, or the last hope of a shattered life, we want to shift the focus of our own home-grown guilt. We want to negate the root cause and our own mortal sin. We deny the humanity of these children and our own responsibility and blame “the other” — the other party, the other country, the other parent and even the other child.

We will never admit we conquered half of what was once Mexico, that we are among the world’s leaders in pillaging the earth’s natural resources, using illegal drugs, and creating pollution and environmental damage. We never admit that we interfere regularly in the affairs of other countries, that we continue to break treaties and invade sovereign lands — yet we blame the children.

We should say we are sorry and thank Greta Thunberg for showing us how to clean up our mess; thank Malala Yousafzai for showing us how girls and women are to be treated; thank Amanda Gorman for speaking truth to power and telling us Black lives matter; apologize to Elian Gonzalez for allowing his mother to drown as she floated him from Cuba to Florida; apologize to Valeria Martinez, not yet two years old, who drowned with her arm around father, washed up on the banks of Rio Bravo; and apologize for the seven children who died in Border Patrol custody during the years of President Trump.

We are so sorry for this country’s negligence. The least we could do is welcome you, shelter you, feed you and love you. I, for one, say I am sorry for our sins, and I ask that you please forgive us. Thanks to you, this country could have a more enlightened and hopeful future.

I am proud to have been there to greet the children sent to San Diego as that first bus pulled in, late on a Saturday night, at the downtown convention center. Bienvenidos con mucho amor!

Now we must permanently welcome these children. We cannot return them for a death march south. The whole world is watching.

Enrique Morones is the founder of Border Angels, the House of Mexico, and Gente Unida, where he serves as executive director. This article is republished from The Times of San Diego which, along with The Moderate Voice, is a member of the San Diego Online News Association.