Categories Menu
Home » Africa » Not So Fast On That New Capital City, Burundi

Not So Fast On That New Capital City, Burundi 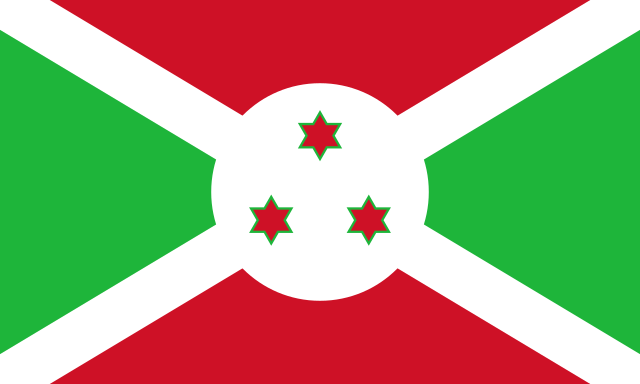 Good news! Burundi’s capital is being moved for the good of the people! Actually no: the dictatorship is moving and building a new administrative city as a mega-theft.

To catch you up: Burundi is a Massachusetts sized agricultural nation perched high in the central African mountains abutting Tanzania and Congo, Burundi has a sad history made sadder by generations of misrule, bully regimes and a “light touch” on human rights enforcement. A light touch on human rights, if you’ll pardon the flippancy, means humans murdered for their political beliefs, torture chambers and machete killings as close to genocide as you can get without attracting unwanted international attention.

Its ethnic makeup is similar to Rwanda’s next door (Hutu v. Tutsi tribes) and while it has had its massacres (in 1962, 1973 and 1992) over the years it never made it into Genocide Circle like Rwanda did spectacularly in 1994, despite similar populational dynamics. Its has endured a litany of civil wars, ethnic purges, confiscations, refugees and human misery, all at scale.

As recently as 2015, after a failed coup, President Pierre Nkurunziza re-installed himself for an unconstitutional third term in office causing a conflagration, civil unrest and the flight of 100,000 new refugees to surrounding countries. President Nkurunziza is a first class zany and a stone cold brute: his interminable time in office has been marked by oppression, state murders and a particularly vicious attack on the (formerly) free press. A Christian in one of Africa’s most Christian countries (there’s half your problem, right there), his mental health is questionable: he banned jogging in 2014 for fear it was “used as a cover for subversion” and duly imprisoned nearly two dozen opposition members for that crime. It is hazardous for citizens of Burundi to go against his wishes, at jogging or walking speeds.

This new, planned administrative capital will be in Gitega. The commercial capital will still be Bujumbura – Burundi’s largest city with one million people 39 miles away. Gitega’s population is 120,000: its a one horse town where the horse died some time ago on one of its several sealed roads. Gitega’s main and only claim to fame is it was formerly the royal capital of the Burundian Kingdom under the Belgians until independence in 1962.

Graft is almost an Olympic sport in Burundi and their leaders excel at it. The citizenry have had their substantial agricultural wealth stolen by a succession of bad rulers since independence.

This “new capital” mega-scam has become very popular over the past few decades in the developing world. Myanmar, South Sudan, Tanzania, Nigeria and Equatorial Guinea have all moved capitals to “more central” parts of their nations, ostensibly to “give the people better access to government services” according to President Nkurunziza, announced while sitting on some handsome plastic lawn furniture in a purpose made tent recently. (Al Jazeera story here). Given government services in these countries, Burundi in particular, are lame to non-existent at the best of times the plan stinks of dishonesty.

The real reason for these capital shifts are usually government theft from the countries’ meager coffers. New capitals come with gleaming presidential palaces these days built by Chinese construction companies: pick an African city, click deep, then find the luxurious Presidential Palace on google.maps: its usually Chinese built and financed.

But the snazzy presidential digs are petty bribes compared to other, larger vanity infrastructure projects (again, Chinese made, indebting the host country) from fancy state houses to grand ministries, always accompanying suburbs of plush housing for the elites to live in: in Burundi’s case the president’s cronies. It is a theft as wild and dishonest as, say, a president owning a hotel in one’s capital city where lobbyists can funnel money to his brand and his financial empire: just to contextualize the story for us Americans. Whatever the Trump crime family can squeeze out of the US Treasury and lobbyists is mere trinkets next to an impoverished land like Burundi or the many developing countries who shift capitals.

These projects, a new gleaming capital with all the trimmings, are a perfect rip off for the aforementioned crooks to milk the public purse – or more specifically milk the national debt incurred to the Chinese for erecting all the planned flashy buildings and urban accouterments

The Republic of Burundi is close to the bottom of pretty much every metric of human flourishing that can be measured which is a given in countries pursuing “exciting new capital cities” or useless, uneconomic Chinese high speed trains (lookin’ at you Kenya, Ethiopia, Malaysia, Indonesia). The long suffering poverty stricken citizens of that country would be so better served by paved roads, electronic infrastructure, sewage, water, education and healthcare, all of which deliver real benefits such as improvements in health, living standards and longevity. Or hell, the money could even fund democracy, courts and constitutional law. But old school Big Man presidents don’t get good enough press or Instagram coverage from cutting ribbons next to a new sewer or a primary school so shiny new capitals or high speed trains are what they use to steal the public’s money. The Chinese with their now famous debt traps are complicit in this of course, behaving in the same way the US operated until about the 1990s (and still does occasionally) and the European powers did before that.

Burundi’s beleaguered, robbed and oppressed 11 million citizens, inheritors of one of the most advanced cultures in East Africa, deserve better than the “griftocracy” currently stealing from them in order to buy large shiny objects for their narcissistic president to admire his own grinning reflection in.