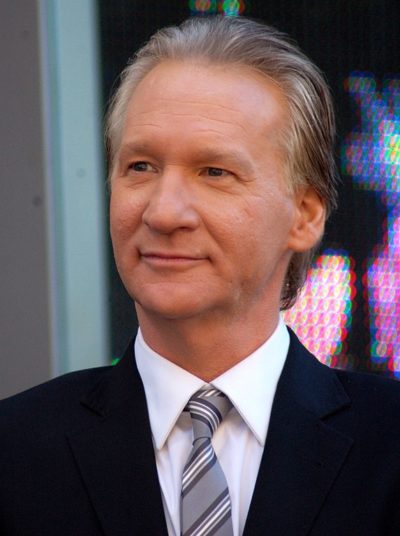 New Rule: You can’t spend 14 years promoting and creating a progressive movement, then claim you never changed and start criticizing the very movement that you helped create. Several FOX news staff members have been full of praise for Bill Maher, host of Real Time on HBO. One former Bush press secretary even suggested Maher be recruited for President. Earlier this year, Maher featured a “New Rule” entitled “How The Left Was Lost.” In this particular “New Rule”, Maher was critical of the radical left. Maher fired back at the Bush press secretary and claimed he had never changed. “People say to me, ‘you didn’t use to make fun of the left so much.’ It’s because they didn’t give me so much to work with” explained Maher. “It’s the left, who is now made up of a small contingent who’ve gone mental, and a larger contingent who refuse to call them out for it. But I will. That’s why I’m a hero at Fox these days.”

However, looking at Maher over the years, he has been inconsistent. On his first show, Politically Incorrect, Maher was hardly a progressive. He was usually quite conservative on issues like crime. Recently, Maher criticized San Francisco for “basically legalizing shoplifting.” However, there was a period of time in the middle when Maher was taking a much more progressive stance on crime and policing. Maher was a major critic of former NYC mayor Rudolph Giuliani from the minute he launched his presidential run in 2007. While Maher never called to defund the police, he helped fuel that movement.

The radical left movement Maher currently claims to be against is the after-effect of a movement that Maher once helped fuel. Let me put this in Bill Maher terms. The 2007-2016 years were like unprotected sex. The current situation of crime waves and “the mental-far left” is the annoying 2 year old that was the result of that unprotected sex. For those who don’t know, Maher is well known for his dislike of children.

In 2007-2008, Maher spoke highly of Ron Paul. He was one of Senator John McCain’s harshest critics in 2008. Maher was among the many who promoted the progressive rallying cry that the “John McCain of 2000 was no more” during the 2008 election.

Speaking of McCain, in 2008, Maher’s friend Ann Coulter declared she would rather campaign for Hillary than support the moderate Republican candidate Senator John McCain. The conservative radio host Rush Limbaugh did the same. Coulter and Limbaugh claimed the reason why is because McCain and Clinton were similar; the difference was the GOP would be blamed for any of Clinton’s mistakes. The GOP would fight Clinton, they would not fight McCain. Maher briefly addressed Coulter’s comments while on Larry King. Maher was dismissive of Coulter’s comments and implied they were simply to get attention.

Maher currently claims to be against the radical left. However, Maher has never been a big Joe Biden supporter until it was clear he was the frontrunner. Maher criticized Obama from the start for selecting Biden as a running mate instead of Hillary Clinton. Maher did not really start supporting Biden until it became clear he was the inevitable nominee. Maher praised Biden for defeating Trump, but went on to say how Biden’s lack of star power was problematic. Maher pointed out that “no one fainted from Biden’s speeches.” However, Maher seemed to imply this was Biden’s problem.

Before the “How The Left Was Lost” rant, Maher joked that Obama and Biden should divorce their wives and get “gay married.” The point of this would be to boost the administration’s popularity. While this was of course a joke, that would take the spotlight off Biden. If Maher was really as opposed to the “radical left movement” as he claims, he would not suggest (even jokingly)transferring the spotlight from President Biden to a more progressive person.

Bottom line is: The left was never lost to “mental” extremists Bill, people like you surrendered the left to the radicals voluntarily. The left was lost under Obama, Sanders, and quite a few of your guests Bill, not President Biden or Vice President Harris.