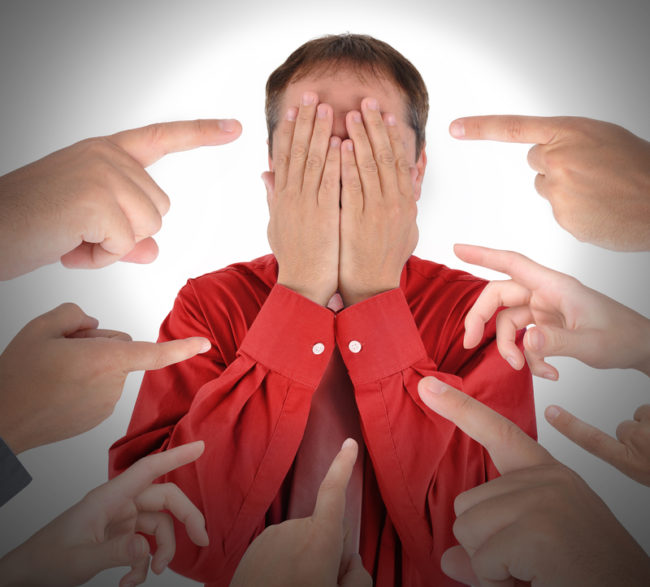 American voters have spoken. They aren’t ready to get rid of the traditional American political phonebooth just yet.

Truth about who won the last Presidential election matters. The youth vote and young activists getting out the vote matter. Abortion matters. Women voters matter. Inflation matters. Quality candidates matter. Coaltion building matters. The red wave predicted by many Republicans, Fox News, well-paid cable TV pundits and pollsters turned out to be a red trickle. Or, perhaps more accurately, red as in embarrassment.

And, above all, voters indicated traditional American democracy matters.

On Monday night the big question was whether the United States’ 17th century designed democratic framework, and the basic ideas of truth and reality versus politically motivate flat-out lies, would surrive. Or was American democracy poised to become like that famous scene in 1978’s Superman flick when Clark Kent dashes into a phone booth to change only to find thatthe traditional phone booth no longer existed:

Republicans now have a choice as they have had before: do they continue to follow Donald Trump and his family in the cheapening and vulgarization of polticial “discussion”? Or will the GOP start edge\ing back again to the traditional discussion of specific policy and issues?

The day after the Red Wave That Wasn’t is marked by a slew of reports reflecting the shock of a Red Wave that didn’t materialize.

Trump is widely considered to be the elections’ biggest loser. Florida Governor Ron DeSantis, Trump’s strongest potential challenger for the 2024 Republican Presidential nomination, won in a landslide that most analysts attribute to skillful coalition building Trump had earlier threatened DeSantis with revealing unflattering info about him if he challenged him for the nomination. Meanwhile, Trump is reportedly in a stage of near rage over the outcome. Bad political reviews for Trumk’s impact on Republican fortunes continue.l

House Minority Leader Kevin McCarthy had planned a big celebration party for election night, but it never came to pass and McCarthy, considered one of the weakest GOP congressional leaders in decades, was mum in the hours and morning after votes came in. The GOP could still take the House, but narrowly, which means he will be at the mercy more extreme GOPers.

Many (not all) Trump-handpicked or endorsed election denialists candidate went down to defeat. And when the votes were counted, Joe Biden and Barack Obama had more to show for their campaigning than Trump. Trump made political gambles that didn’t pay off for him or the GOP.

The Hill had these take aways from the election:
–A better night than expected for Democrats.
–Pennsylvania Democrat John Fetterman pulled off a huge victory in defeating Trump’s hand picked candidate Dr. Oz.
–DeSantis turns Florida red.
–GOP House majority will be narrow at best
–Two Democratic stars fade (Texas’ Beto O’Rourke and Georgia’s Stacy Abrams, both of whom lost their second campaigns waged against candidates who defeated them previously).

To start, control of the Senate remains up for grabs. Fetterman’s victory in Pennsylvania, flipping a GOP seat, gave Democrats some breathing room as they await results from Arizona, Nevada, Wisconsin and Georgia. Republicans now need to win three of those four to claim a majority.

The shape of the House, too, remains uncertain. Republicans appear poised to take control but there are scant signs of the big night they were hoping for. As the votes continue to be counted, the next day (or more) will likely reveal the strength of a new GOP House majority – and whether a potentially underwhelming performance undermines Minority Leader Kevin McCarthy’s standing within a rancorous GOP conference. The GOP is now in a race-by-race fight that will ultimately determine McCarthy’s ability to govern.

Then there’s Trump and Biden.

The president is expected to address the election results sometime on Wednesday. Having avoided a “shellacking,” what will Biden’s takeaways be?

Trump, on the other hand, has already provided some clues on his views. He celebrated the defeats of some moderate Republicans on his social media site, but has yet to mention Florida Gov. Ron DeSantis, his potential 2024 GOP presidential primary rival, who was emphatically reelected to another term.

–Trump’s no good, very bad night.
–Democrats hold their own in the suburbs.
–Another January 6 committee member loses.
–DeSantis’ big win could be a 2024 launchpad.
–GOP makes gains with Latinos in Florida.
–Democrats had a good night in governor’s races.
–A night of firsts.
–Virginia’s split decision offers early signals.

New York Times’ takeaways:
–The Democratic base showed up.
–Abortion put Democrats in the fight..
–Trump saddled Republicans with weak candidates.
–Inflation dominated, as Democrats grasped for a response.
–The country is as closely divided as ever.

They said @NabeelaforIL couldn’t be elected as the youngest member of IL state house. She won.

If it wasn’t for Gen-Z, there would have been a red wave.

The polling shows that OUR generation voted for Democrats more than any other age group. WE are the reason Democracy will stand.

We now have a seat at the table. Time to start listening.

Turns out more Americans actually do care about democracy than the “experts” thought.

BREAKING: According to the Edison Research National Election Pool exit poll, the national youth vote choice for the U.S. House of Representatives was 63% for Democrats, 35% for Republicans.

Voters 18-29 are the only age group in which more than half of votes supported Democrats.

Trump is indeed furious this morning, particularly about Mehmet Oz, and is blaming everyone who advised him to back Oz — including his wife, describing it as not her best decision, according to people close to him.

Among the biggest losers last night: the main stream media, which bought hook line & sinker the idea that we were headed for a giant Red Wave, unquestioningly embraced bogus polls, and fell back into the herd mentality, protecting each other by buying the same conventional wisdom

"Speaking of denialism: lots of election deniers won yesterday. BUT…voters seemed to draw the line at electing them to key secretary of state positions, where they would have overseen elections. Democracy may not be dead, after all."https://t.co/7GGgNT0z3x

It turns out women enjoy having human rights, and we vote.

BREAKING ??? Raphael Warnock is a margin of 22,800 votes from reaching the 50% he needs to avoid a runoff in #GASen race.

Joe Biden pushed through (limited) student debt relief — over the objections of older moderates in the Democratic Party — and was rewarded with the best first-term midterm results for a Democrat since 1978, fueled by the youth vote.

Finally…something I have been saying would happen is now being parroted by ?@FoxNews?. pic.twitter.com/UmPs0oNevB

Congratulations to @DrOz on showing the world he’s as competent a politician as he is a doctor.

Now that it’s obvious the @gop should expel the Trump family from its future lexicon, stop @GOPLeader from ever holding leadership again, and tell @TulsiGabbard nah we’re good… how long until @TuckerCarlson gets booted to OANN? A guy can hope

“Trump is livid” and “screaming at everyone,” after last night’s disappointing midterm results for GOP, according to a Trump adviser. The adviser went on to slam the former president’s handpicked contenders: “they were all bad candidates.” “Candidates matter,” the adviser said.

Can someone check on Don Jr.? He tweeted the word “bloodbath” 4 hours ago and disappeared. Is he ok?

People think of Oz as a laughable opponent – but in large part that’s because FETTERMAN MADE HIM LAUGHABLE, right after the primary.

Walker was, frankly, even more ridiculous, but Warnock wasn’t aggressive in defining or attacking him, and ended up in a much closer race.

It turns out that selecting your candidates from the Star Wars cantina might not be a recipe for electoral success.

Now that we are done with fake red tsunamis, can we please turn back to real orange jumpsuits?

It's especially bad for Trump today, because the Republican alternative to blaming Trump is to look in the mirror and face the truth about themselves.

Watched analysts on Fox tonight trash Trump and was shocked.

Don't have coffee with Elise, stand near a window with Gaetz, walk down stairs in front of Margie Splayfoot. And I'd keep a weather eye out for Gym; he's going to move on you like a Ohio State wrestling coach.

The big follow-up question: Is Ron DeSantis a man or another Trump-intimidated worm, my post-election assessment in @TheAtlantic https://t.co/MrMA7XNRKQ

Fox News' Marc Thiessen: The midterm results are “a searing indictment of the Republican Party … The Republican Party needs to do a really deep introspection look in the mirror right now because this is an absolute disaster." pic.twitter.com/m4aOfLTjLG

How could you look at these results tonight and conclude Trump has any chance of winning a national election in 2024?

Has anyone explained to Herschel Walker that “run-off” doesn’t mean what he did to his kids?

"Biden had the most successful midterm of any POTUS in 20 years. The Democrats in disarray narrative looks a lot more like Republicans in disarray. The American people, it turns out, did care about inflation. But they cared about democracy too" — @nberlat https://t.co/Jf1AxZp5PH

For more discussion on the elections GO HERE.