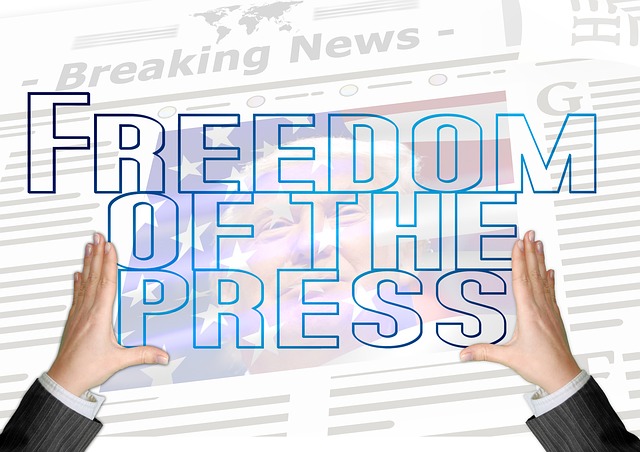 EL CAJON, California – A bill to be heard any day now in the State Senate and then head to the Governor for signature will destroy a free press in California – and we need your help to protect the public’s voices in our media outlet and others. The bill violates the U.S. constitution on multiple grounds.

AB 5 would prohibit media outlets such as East County Magazine from paying ordinary citizens to write articles on areas in which they have expertise, or hiring columnists who aren’t professional journalists, or even paying an eyewitness for photos of breaking news such as a wildfire or plane crash. A newspaper also won’t be allowed to pay for a column or editorial unless the writer owns a journalism business or is an employee.

We’ve trained many citizen journalists here at East County Magazine — including some who won journalism awards. We’ve run many paid pieces written by community members, too, to include a broad diversity of voices. But we won’t be able to do so anymore if this becomes law.

This violates the First Amendment of the Constitution which guarantees freedom of the press and your freedom of speech.

We could no longer pay a hiker to writer about great trails, an artist to review an art show, a rural resident to cover a planning group meeting, or a retired first responder to cover wildfires, unless the person owns a writing or photography business that is licensed (in most jurisdictions), advertises their journalism services and meets other requirements. We could not hire a columnist or a subject expert.

How important is this? One of our citizen-journalists in training discovered El Cajon was considering tearing down the performing arts center to build a hotel. She got word out and citizen showed up to protest and the theater was saved. Citizen journalists have reported for us on wildfires in progress, a wind turbine that collapsed on a public trail, and many other important stories. A photo during the Chariot Fire was taken by a paid citizen journalist who is a former medic and first responder trusted by firefighters to cover such important stories.

AB 5 by Assemblywoman Lorena Gonzalez-Fletcher is intended to protect workers in the “gig” economy at companies such as Uber and Lyft. But it’s drafted so broadly that it would prevent newspapers from paying for the very types of works that we take pride in including – works that reflect the diverse backgrounds of our readers in terms of geographic locations, age, income, race, ethnic origin and more.

The bill also limits the total number of articles that even paid professional writers or photographers could provide to no more than 35 a year (just 3 a month!). After that they would have to become an employee. The cap, if any, should be much higher – perhaps 100 submissions a year.

There are several problems with forcing freelance journalists to become employees for even small numbers of works.

First, it’s prohibitively expensive for small community newspapers and nonprofits to hire employees. Workman’s compensation alone cost hundreds of dollars a month per employee, I’m told. A couple of employees would easily exceed our total budget for reporting each month, and there’s also SSI withholding, payroll taxes, accounting and reporting requirements that are costly. We would have to limit all or most writers to that 35 cap, which isn’t even 3 article or photos each month.

Second, this will destroy the livelihoods of freelance writers and photographers, and violate their Constitutional rights to copyright protection. The Constitution’s Patent and Copyright section in Article 1 Section 8, Clause 8 states that Congress has the power to secure “for limited times to authors and inventors the exclusive rights to their writings and discoveries.”

But Copyright law provides that if a writer/photographer becomes an employee, then the employer owns all the copyrights to their works – and the writer/photographer loses the rights to resell their own works. This will destroy livelihoods for freelance journalists who rely on resales. Imagine if after selling just three articles or photos a month, 36 a year, for as little as $10 a photo or $50 an article, you were forced to give up your resale rights. You could not make a living.

When a major newspaper stole and resold hundreds of my copyrighted works as a freelance writer, I sued. I was a named plaintiff in a landmark class action lawsuit filed against most major newspapers in the U.S. and I was joined by the three major professional writers’ organizations: Authors Guild, American Society of Journalists and Authors, and Society for Professional Journalists. (National Writers Union paid my legal bills up front, so I am not anti-union.)

Our case went to the U.S. Supreme Court. We won a landmark $18 million settlement for freelance writers nationwide. I didn’t spend 17 years fighting for the rights of freelance journalists only to see all of our gains killed by AB 5.

That kind of suit would not be possible under this bill, which would force freelancers to give up all rights to their works if they regularly sell to any one publication, as I had sold many hundreds of articles to the San Diego Union-Tribune over a decade before learning they had stolen and resold my copyrighted works.

The California Newspaper Association opposes this bill. Every professional writer and photographer that I know opposes this bill. It could put community newspapers and magazines such as ours out of business and result in less diverse voices even in the largest newspapers. The newspaper industry is already struggling, with many that have closed down, consolidated, or rely on mostly wire service news with fewer local voices.

What you can do:

Ask that the bill be amended to :

Allow press organizations such as newspapers to buy paid articles and photos from any individual, to assure a diversity of voices and protect free speech and freedom of the press First Amendment Rights. Eliminate the unconstitutional requirement that bans ordinary citizens from being paid to publish articles, columns, editorials, photos, or other materials in media outlets and that limits publication only to business owners.

Eliminate newspapers and other media outlets from the requirement to make workers employees if they sell over 35 photos or articles to a publication, because this takes away copyright protections for freelance writers, photographers, and artists and violates their constitutionally protected rights to own their own works. Or raise the cap to at least 120 submissions a year (10 a month) and whatever the cap is, make it optional for writers/photographers to accept an employment contract: if they would rather continue as a freelancer to retain resale rights, amend the bill to allow this.

There are other industries that may be hurt. But journalism is the only profession protected by the Constitution in the very First Amendment for good reason – to protect your right to speak out and the rights of a free press to be free of government interference. That’s why copyrights for writer are also protected, so they can publish their works when and where they choose.

Please take a moment to stand up for freedom of speech and freedom of the press to assure that your access to news that matters won’t be restricted or vanish, since this bill threatens the very future of a free press in California.

Reprinted from East County Magazine with which The Moderate Voice trades stories under auspices of the San Diego Online News Association (SDONA).

San Diego Jewish World is another member of SDONA. TMV’s position is exactly the same as SDJW’s publisher/editor Donald Harrison: “Although the bill does not affect San Diego Jewish World because all our writers volunteer their stories without expectation of pay, we support East County Magazine‘s position in the interest of good community journalism.”

Image by Gerd Altmann from Pixabay